Did My Dog Save My Life? 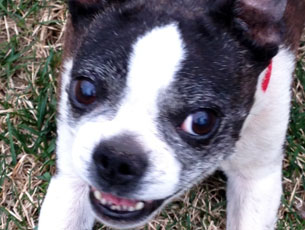 It all started with calling my dog Mona a geriatric.  Implying that not only is Mona old, but she is old and dying.  That led into the need for hundreds of dollars of tests.

The Vet: “Well you see Toni, your dog seems to exhibit many of the symptoms of Cushing’s disease.  The problem is that Cushing’s is very hard do diagnose.  So the first two tests that we have done have been inconclusive, but pointing towards the possibility.  I am going to suggest we do another set of test that will be $350 each.  But sometimes that test is skewed because the dog’s adrenal glands will already be taxed because they are stressed out by being at the vet.  So then we would order another.  And even if that test comes out sort of positive, we can only conclude that it is somewhat accurate.  But you love and care about your dog because you are not a selfish monster with a black heart, so obviously you will be doing these tests right?”

Toni: “Ummmm, well when you put it that way.”

The Vet: “That is what I thought.  But you probably already knew most of this information about the tests anyway from doing extensive research on Cushing’s right? I mean that is what any human who doesn’t have a tarred soul of evil would do.”

The Vet: “So you know what causes Cushing’s then right?”

Toni: “You know, I do… I just can’t seem to remember at this exact moment.”

The Vet: “Well it’s a tumor on her pituitary gland in her brain.”

Toni: “Its just that I had a tumor on my pituitary gland??!! Isn’t that weird?”

The Vet: “Wow… well I wouldn’t say its coincidence. I can’t tell you how many people who come in here with an affliction and then their dog has the same thing.  People who have diabetes and their dog have it too.  Or cancer.  It really is a remarkable bond between a human and their pet.  That will be $350 for the next set of tests.”

I really don’t know what is going on there, but it is pretty remarkable that Mona has the exact same thing that I had going on? And to be honest, I don’t even know what happened to my tumor.  After I decided to heal holistically, I never went back to get an MRI.  Do you think my dog energetically sucked my tumor out of my head and put in hers? Like she healed me through transference?  Maybe I should stop bitching about the money I am hemorrhaging at the vet considering she sacrificed her brain for mine!? 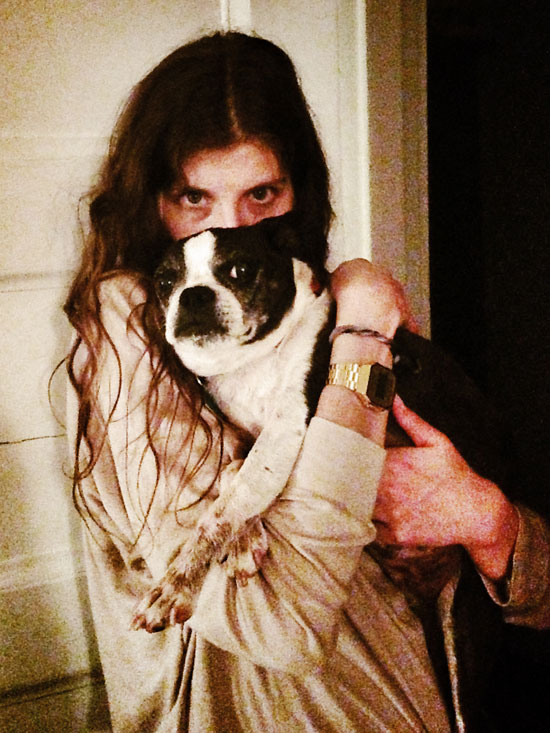