Breaking The Internet With An Ass 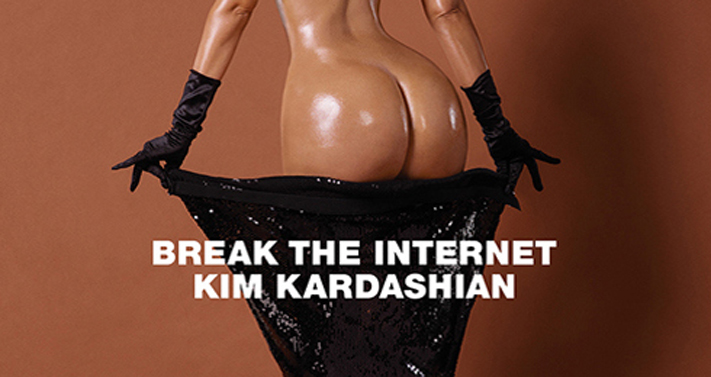 You guys… a photo of Kim Kardashian’s ass is breaking the fucking internet in half!! Why you ask? Because it is just SOOOOO WORTH TALKING ABOUT!!! People are so irrationally inspired to communicate about her shiny butt that the interwebs will clog with opinions and semen!!!

Is this image photo shopped?

Does she have ass implants?

What does this mean about modern femininity and the objectification of the female form?

Does anybody have Kleenex?

Kim Kardashian’s ass IS breaking the Internet because we secretly want it to.

This is it. Right here. The problem with humanity. Even though most of us care about the destruction of the environment, endless wars, political perversion, the Federal Reserve, corporate corruption blah blah blah, we are also still vastly influenced by our primal brains. Seeking out complex philosophical profundity is hard work, where basic visual titillation is not.

Our higher rational mind is something we have to train, cultivate, and challenge while our reptilian instincts are so easy to access with little to no effort. Even intellectuals who scoff at the absurdity of modernity and would never stoop so low as to validate pop culture references, will still look at Kim’s ass FIRST if paired next to a dissertation about NATO’s impact on the world’s economy. Maybe even just a quick glance, but I guarantee their eyes would helplessly be drawn to her ripe cheeks.

It is not our fault that we are mesmerized by her crack. Its’ abyss is pulling us towards a simpler and safer place than the cold dark truth of reality. Thinking, analyzing, and critiquing existence is exhausting. Getting lost in Kim’s buttocks is not. In fact, it’s relaxing. I can just picture myself cozying between her mounds and forgetting all the stresses of life. When sandwiched between her cheeks you don’t have to think about global warming, but instead can melt into the pink warmth of physical comfort.
It doesn’t take a rocket scientist to dissect why people are drawn to simplistic celebrity news rather then complex political theory. Thinking doesn’t necessarily make you happier. Although willful ignorance is not exactly admirable, it is understandable. Rather than questioning the long-term implications of Russia’s courtship of China, we turn our attention towards concepts that are easier to grasp and hold onto…like a ripe rump.

We don’t have to beat ourselves up for this impulse. It’s natural to avoid pain and prefer pleasure, or at least ease. The ideal human condition isn’t to abandon all frivolousness in exchange for relentless truth seeking. There needs to be a balance between semi superficial pursuits of carnality and academic contemplation. The absurdity isn’t that we want to look at a sweet supple ass. The insanity is that we overcomplicate this impulse and spend too much time trying to rationalize it. Rather than spending our energy talking about serious things seriously, we talk about ridiculous things as if they were serious.

We want look at stupid trashy shit because sometimes we feel stupid and trashy. There is no need to defend that. Rather than deconstructing the meta meaning of a butt, why not save our energy and do that for shit that actually matters and just enjoy the ass for what it is….a full moon setting in the shadow of existential awareness. 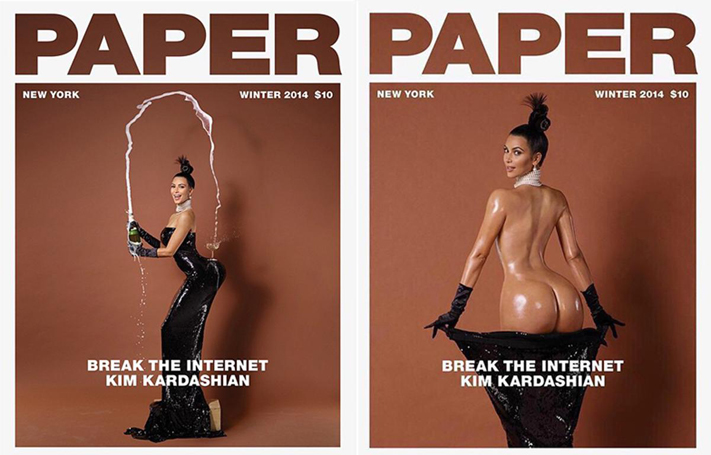 Previous post:
Losing My Virginity Next Post:
Just Because You Are Privileged Doesn’t Mean You Have To Be Entitled