Bras, Boobs, and the Truth About Victoria’s Secret 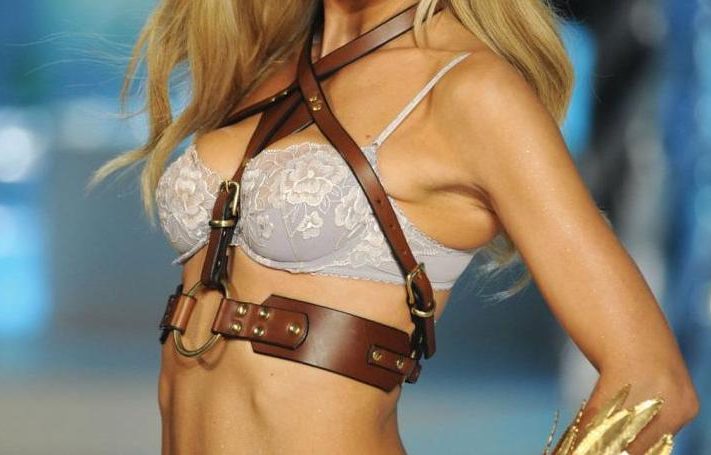 I remember being a flat chested pre-teen and really wanting big boobs – so much so, that I’d even wish for them on a star. I’m not really sure that’s what Pinocchio had in mind for me, but I’m 100% sure it’s what Walt Disney did.

I’m not sure why I was so interested in having large fat balls dangle off my chest, but at the time, it seemed very crucial. Maybe it was curiosity? Wanting to know what they would feel like? I also wanted braces for that exact reason. I’d see my friends struggle with metal scraping their inner lips, rubber bands snapping their tongues, retainers that flipped and got coated with food mucus, and I think to myself – I want that. Braces seemed so eventful compared to my boring mouth that was free of torture devises, and I guess tits shared a similar allure.

I knew when my mom was young she had a big pair of tits, so there was hope for my dream of acquiring bounteous fun bags – a dream so pure it rivaled the vision of MLK. I even saw pictures to prove my mom’s lady sacks were impressive because her current woman balls were less so. When questioning the size change of her breasts, my mom explained to me that I sucked them away while breastfeeding – her words, not mine. Although I felt slightly guilty for vampirically devouring the bosom of my mother, I also secretly hoped they’d transfer to me through eventual osmosis.

Finally in the 7th grade I decided I needed a bra. This was of course a subjective decision made by yours truly. I think if you’d held up my front body to the scrutiny of objective scientific inquiry – the results may have varied. Yet sadly for me, science had other things to do than quantifying if my tits needed to be holstered, so I had to rely on my own method of bouncing up and down on a trampoline trying to measure for movement – I mean, I guess I could have gotten a grant to be more precise, but you know how they only give grants to boys in science because the patriarchy.

After I deemed myself worthy of being initiated into the culture of bra-wearing women, I asked my mom if she’d buy me one. We both knew there was only one store she was going to take me to. This was 1993 my friends, there was no real choice; this was the height of the monolith that was Victoria’s secret (PS her secret is that she’s having an affair, that’s why she needs the sexy lingerie). My mother, who was a classy lady, wasn’t going to take me to some department store to get a cotton “training” bra to train my boobs for some esoteric Olympic event of boob bouncing. My mom was going to take me to where she herself found her breast buckets.

The closest Victoria’s Secret was at the “Cambridge Side Galleria Mall,” which was not a place we’d frequent often because my mom hated malls – she thought going to malls was a republican thing to do, as was giving your kids rides, or playing golf. As a family we were forbidden all activities that looked slightly republican – hence why I walked miles to school by myself starting at age 7, but I digress. When my mom and I entered into the heavenly scented silk haven that was VS, we then perused the various drawers and racks for the perfect bras for my petite tits.

To my surprise, it turned out that this process was not the joyous feminine bathing in satin I thought it would be. I suddenly lost interest in all the delicate fabric, and was too ashamed to try anything on, or have a sales lady help me. I felt out of place with my GAP jeans, T-shirt, and ponytail. Nothing about my 13-year old self felt womanly or sensual – nor was I even interested in my own sexuality. I was also very intimidated by the many manikins whose plentiful breasts where being decorated by Victoria’s holsters while their blank faces stared into mine, mocking me.

I asked my mom to hurry up and pick some bras for me because she loves pretty things. My mother of course chose a red-lace padded push-up bra, size 32A.

My dad’s a lucky guy. My mom knows how to woman.

I left that store with this fancy bra and two others, humiliated by my own uncomfortability both emotionally and physically – because wouldn’t you know it, a red-lace push-up padded bra is itchy as fuck, as was the black lace one, and the other flowered lace one. All these bras had underwire in them that dug into my ribs and chaffed my skin. They hurt to wear… but they were beautiful and that’s the whole point right? To adorn your sex parts with sexy clothing so they can be sexy for all the sex you’re going to have? The message was clear – decorate your sex because you are a sexy present that a man will soon unwrap.

Now, I know you’re probably on the edge of your seat right now wondering if I ever achieved my childhood aspiration of growing big tits. I get that you might even lose sleep if you don’t find out the answer to this crucial question and are probably searching for your anti anxiety meds right now because you can’t take the anticipation. Well you can exhale and breathe again because I DID GET THOSE BIG BOOBS AFTER ALL! I got on birth control pills at 15 and then grew a pair of full C-cups, sometimes D’s.

I know. You feel so much relief now don’t you?

But… I bet your still beside yourself with curiosity wondering if that young girl with the red-lace padded push-up bra grew up to be a woman that still wears such alluring lingerie and the answer is… hahahh that’s hilarious. My current bra situation is some old nursing bras that are stained with breast milk from 7-years ago, but I still wear them because they’re soft. I also have some floppy sports bras that aren’t too tight because I hate the feeling of fabric constricting my lungs. These bras don’t necessarily support anything, and are more just material I drape on my body with the intention of holding my breasts in place. These are Buddhist bras, and it’s more about visualizing them working than them actually doing anything productive. Oh, we also can’t forget about my favorite bras of the many no-bras that I have.

Now I’m sure you’re thinking to yourself, “But Toni, what about those ample ta-ta’s you had?? Don’t they need to be held up securely?” Well… despite my fun bags at one point being as large as a Double D when nursing… my daughter sucked them away, and now I’m a B cup just like my mom. I know. Karma.

Boobs are part of my lady suite and I had wrongly assumed that acquiring them would make me feel more feminine. What actually happened is that they always felt like they were for someone else, rather than for me….

My boobs were tools to attract others to me, and then me boobs were tools to keep my child alive. In both cases it was more about the “other” than the “self.” It’s not like I ever sat around playing with my tits, molding them like Play Dough into little shapes of animals. They mostly just have sat there, ignored, and collecting dust. Of course tits can be a part of sex – but that’s more about the nipple anyway – the actual size of your breasts has nothing to do with pleasure.

What I’ve come to think about lingerie is that it’s a costume for women to adorn themselves with to find their identity of “sexy” in sexual situations. It helps both parties get into character. When you think of all the weird, banana pants stuff one does in the bedroom, you kind of have to suspend belief and forget who you actually are for a moment. A rational person would NEVER ask another human to tongue their asshole. That’s just not an activity that makes ANY sense when you think about it in a normal state of mind. So we have ladies ornament themselves with lingerie as part of the process of forgetting all reason and allowing a new version of yourself to come out and not question all their bizarre shit we do to each other’s bodies when possessed by lust.

Look how much fun they’re having! 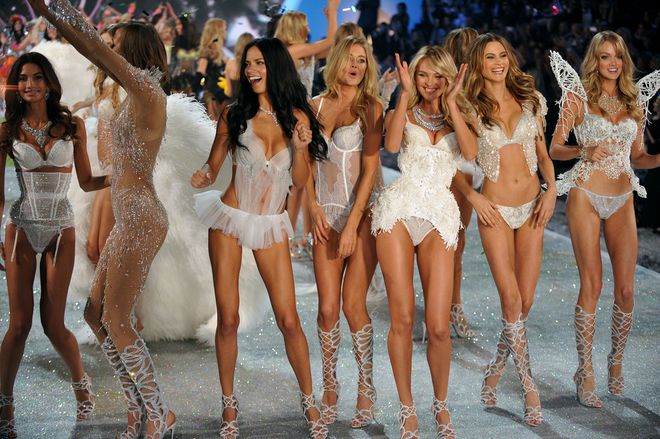 Previous post:
No Seriously My Child, You have NO CHOICE but to be Strong Next Post:
The Solution for Lonely White Men to Be Less Lonely