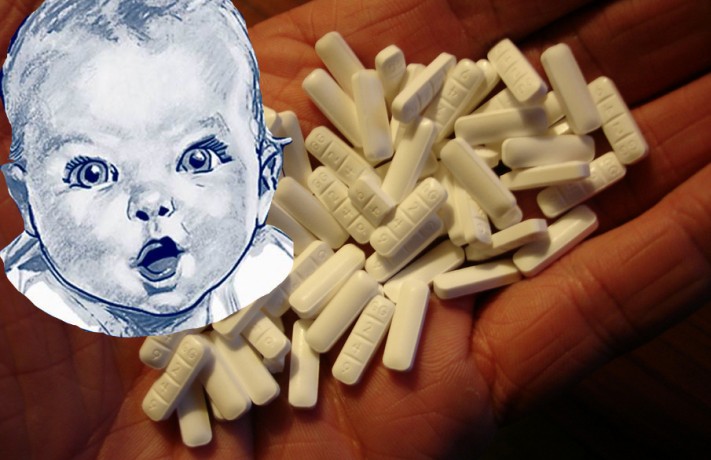 Anytime I get on a plane and realize I’m going to be sitting next to a toddler, a piece of me dies. Not that I don’t like kids – well fine I don’t really like other people’s kids at all. Especially when trapped next to one for 6 hours while inside a tube of metal that’s flying through the air. Probably why someone needs to manufacture “Baby Xanax for Planes.”

The other day I was on a plane and across the aisle from me was a dad with his 2-year old daughter. This guy’s wife and other daughter were seated at the back of the plane, so he was on daddy duty. The little girl was playing quietly, and I was actually kind of impressed. It seemed like a sweet seem. They were a cute little family – until they weren’t.

As the plane was ready to take off, the little girl started to freak the fuck out. She wiggled out of her seatbelt, and started screaming about how she wanted to find her mom. But since we were about to FLY THROUGH THE AIR, this was not allowed.

Obviously I have a kid, and am totally aware that children have tantrums during inopportune circumstances. Every parent has experienced a massive meltdown that is mega embarrassing, and really poorly timed. Even though I have endless compassion for this kind of chaos, what I was witnessing was also really annoying the shit out of me. Not the kid crying. That was fine. But how the dad was reacting.

He had a backpack that was FILLED with different toys, amenities, snacks, iPads, and from what I could tell – a goddamn amusement park. I have never seen anyone better equipped in my life, but I realized, he was actually too prepared.

He kept offering the kid things to placate her, but she had way too many things to choose from. She had 700 different flavors of granola bars, 400 coloring books, 62 dolls, and half a million arts and crafts covered in glitter.

Airplane Dad: Honey do you want to color? Play a game? Watch this cartoon? Watch that cartoon? Have some candy? Eat a gluten-free gluten bar?

The more ideas he was suggesting, the more agitated the kid was getting. All the while, every passenger was like, “sit the fuck down in your seat kid, so we can get this plane in the goddamn air.” We were next in line to take off after an hour of taxiing. This was NOT THE TIME TO DICK AROUND LOOKING FOR MOMMY! WE GOT TO GO!

The fight attendant tried to intervene, but this kid was not having it. She refused to get back in her seat, and obviously we couldn’t fly until she did.

As this dad started to prepare a filet mignon in an attempt to seduce his kid into sitting in her seat, I thought maybe rather than staring and judging, I should try and do something to be of assistance.

Toni: Can I help you?

He then literally presented her with a rodeo clown riding a pony, but her discontent still couldn’t be satiated. The only thing he didn’t try doing was saying, “Hey sweetie-pie – why don’t you sit the fuck down because the plane is going to fly through the air and if you slow down that process from happening, we will be executed by the other passengers. So take this lollipop and shut up. ”

In our first world, irrationally materialistic, overly excessive, excessively abundant culture – we have wayyyyy too much shit. Yeah you may feel like you’re being a good parent when you give your child everything they could possibly want including a vile of dragon blood to entertain them, but you actually aren’t doing them any favors. Of course we have good intentions when wanting to indulge our kids, but that undermines their vast ability to imagine. Or find a wooden stick and hoop interesting.

Humans don’t do well when presented with too many options. It’s like our wires get crossed and our brain frizzes. We actually do better with boundaries and limited options. It is easier to make decisions when there is less on the table.

So the next time I take The Munch on a trip, I am just going to bring a box of toothpicks for her to play with. She may resent me at first, but then maybe, just maybe, she will quietly enjoy the plane ride while playing with good old “toothpick man.” 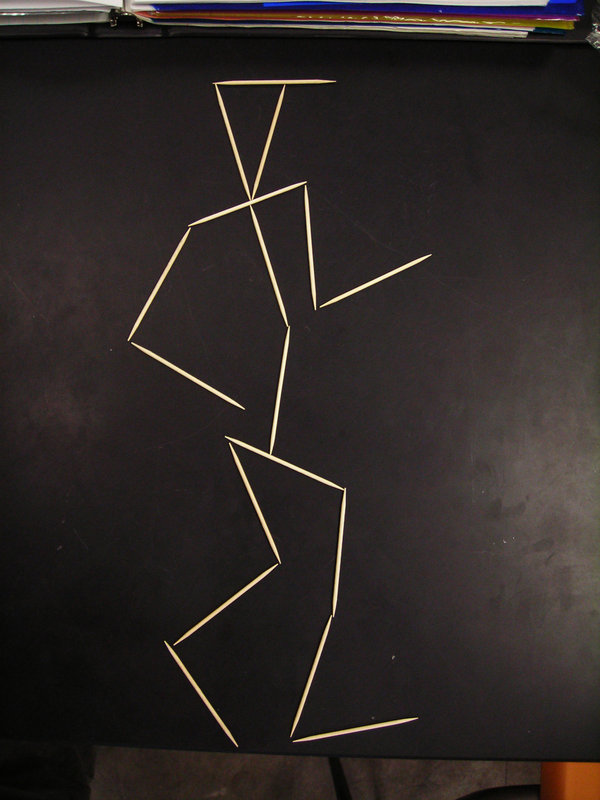