A Plea For Economic Social Terrorism 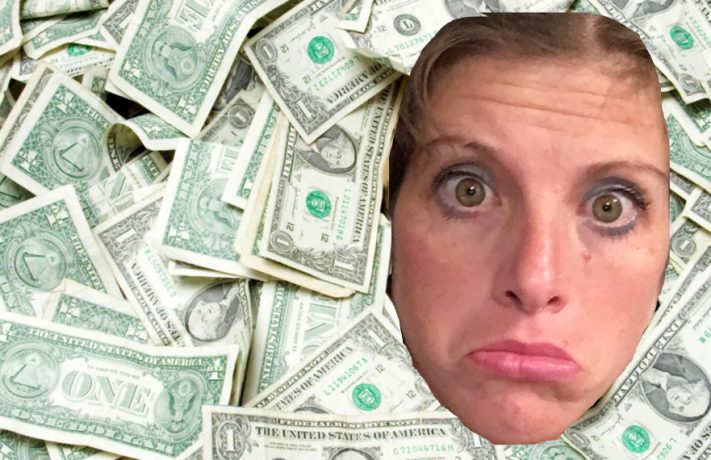 Now that it’s no longer “International Women’s Day,” I notice that no one is thanking me for having a vagina. Where are all my Facebook shout outs for housing a womb to house a child? What kind of shit is this?

The problem with the current state of activism is that social issues have become trendy. You’ll go on your Facebook newsfeed, and a gaggle of friends who think the same as you will post the same array of information. Once that trend get’s boring, it’s then no longer “cool” to post about. But social issues don’t go away just because they do on Facebook. There is still conflict in Palestine even when Banksy isn’t tagging walls.

When causes become commodities for social capital, they may get a momentary bump in ratings, but they lose their audience once the next cause premiers on the red carpet. I went to an event the other day where these monks were talking about persecution in Tibet and their need for support and I was like, “Ummm no you’re wrong… Tibet is free, remember? I went to that concert in 1996.”

We lose our stamina for social causes because we get protest fatigue, and then need Viagra for our activism. In the midst of our busy lives, it’s hard to schedule in “fight against tyranny.” Do I do that before or after I watch the OA? There is a sense of irony at play because the reason we agree to the concept of a goverenment in the first place is because most of us don’t WANT to think about the nuances of how a collective society functions. We prefer to defer to the Mommy and Daddy of our political system to take care of us, (or in our case in the U.S.A., mostly Daddy). Yet because we have given our power over to those that we assume “know better,” we then have to be even more diligent politically to make sure they don’t abuse their power. So in wanting freedom from the responsibility associated with having no government, we consequently lose our freedoms because of the corruption of government.

As Trump tweets about which gender can fart in which bathroom, he’s simultaneously de-regulating business and allowing for a future of MAJOR environmental assault. Trump’s crusade against “fake news” has strangely inspired news outlets to report on their own fakeness rather than the fact that Trump’s making deals and longterm contracts for his businesses. The way this presidency is going to effect the future is terrifying when you think of how Trump prioritizes profit over the planet at every turn. Beyond Trump’s gross nature of giving chicks the “shocka,” this current regime has ZERO respect for the very real impact of business our ecosystem – which incidentally is the ONLY PLANET we have to live on. We are NOT Elon Musk and can’t afford Mars!

Half the country is freaking out right now. We see the problematic nature of this Post-Apocalyptic Trump world, and want to do something. I like the spirit behind the call for strikes, but I think we can do more. One problem with the strategy of strikes is that if you are not of a certain social class, and believe you can’t make that kind of financial risk, you feel alienated. Also, there seems to be relatively wishy-washy outcomes. Why wasn’t there a specific demand for the strike on International Lady Day? How about women strike until the Supreme Court is ruled by a majority of women – much like it has been ruled by a majority of men since the birth of this cuntree? But the suggestion to “not go to work so guys realize how important we are” doesn’t exactly change the world. Simply wanting to be honored is too vague. We need be making clear demands, with clear outcomes, and clear deliverables. It’s not like the terrorists in Bruce Willis movies just want to be seen. No! They want x amount of cash, a private plane to get away, and to die just after hearing some pithy comeback like “yippee ka yay mother fucker.”

So this is my plea: let’s engage in acts of economic social terrorism. I don’t think black people should pay taxes until reparations have been given, and the prison industrial complex has been abolished. I don’t think students should pay student loans until that exploitive system has been re-established and the cost of education brought down. I don’t think any of us should pay health insurance companies or our medical bills until we have universal health care. And if you are anti war, and believe that our military is one the LARGEST contributors to global warming, and terrorism, and is the greatest threat to the future of humanity, then do not pay the 21% of your taxes that go to supporting that system.

If we all organize and refuse to participate in the economic structure that tyrannizes us, we will be heard. And guess what? There isn’t the infrastructure to come after us individually. It would be a bureaucratic nightmare. We could shut down the White House and Wall Street, and we don’t need guns to do it. We just need to be aligned.

If we want change it’s not going to be through sporadic involvement. Change comes by kicking the system in the balls… where it hurts… with MONEY! 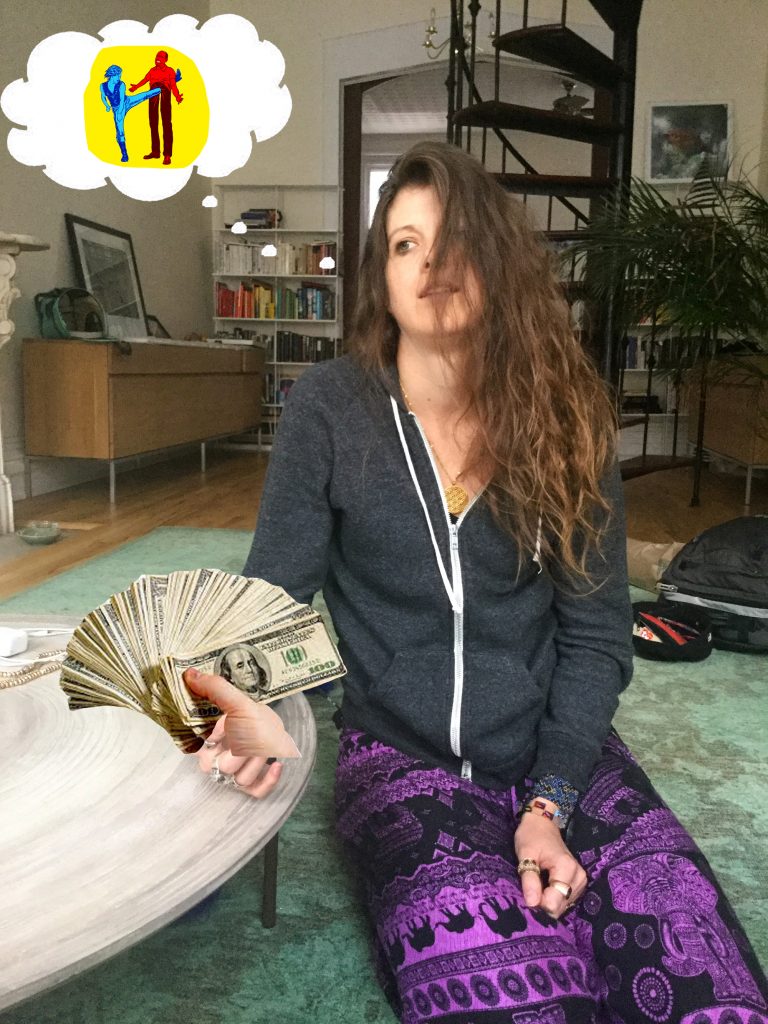 Previous post:
Scratching That Itch Doesn’t Make it Go Away – it Just Moves it Next Post:
Waiting For Your Turn To Talk