You Provoked Me To Think You are A Tool 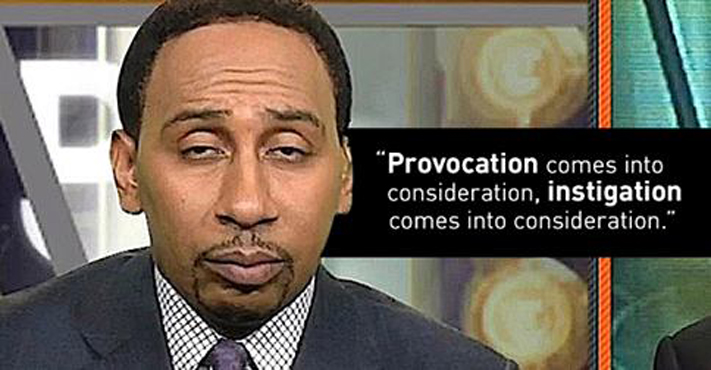 Domestic violence is in the air…. Hmmmm for some reason that doesn’t have that same sweet Disco vibe as “Love is in the Air.” Go figure.

So Baltimore Raven’s running back Ray Rice received a two game suspension after beating up his girlfriend – which is less than the penalty players get for smoking pot. I guess taking bong hits and eating cookie dough is wayyy more offensive to the NFL than hitting women – because at least that burns calories and builds muscle.  When Rice came out for practice yesterday he got a standing ovation from crowd – obviously people are supporting him despite this despicable behavior.

Sports reporter Stephen Smith rationalized this discrepancy by saying “we also have to make sure that we learn as much as we can about elements of provocation” because, you know how ladies be enticing men to beat them unconscious and stuff.

Smith of course “apologized” for his statement, but the sentiment is very popular when it comes to how people react to domestic violence. Even Whoopi Goldberg spoke out to defend Rice: “If you make the choice as a woman who’s four foot three and you decide to hit a guy who’s six feet tall and you’re the last thing he wants to deal with that day and he hits you back, you cannot be surprised!”

Can we pause for a minute here? So the prevailing logic is that if a woman doesn’t want to get her ass kicked, then she shouldn’t make a man mad at her?  The blogesphere can be plagued with comments that echo the idea that women who hit men deserve to be decked.

If a woman was bludgeoning a man with a crow bar, then yes, he is going to physically react. When your life is genuinely threatened, the instinct of self-defense will prevail over all else. Yet if a woman hits a man and he doesn’t feel like he is in danger, then what is his responsibility? Can he use his body to restrain her? Yes. Can he beat her until she blacks out? No. Does this mean there a double standard between the genders when it comes to violence? Well… considering a man can kill a woman with his bare hands, yeah… you are going to have to be held accountable in a different way.  I am a really strong girl… I can hike mountains, swim across lakes, do 30 push ups – but my arms get tired after a hand job that goes on too long.  I couldn’t kill a man unless I had ninja stars! (And been trained in using said ninja stars).

Margaret Atwood had a point when she said, “Men are afraid that women will laugh at them. Women are afraid that men will kill them.” Just as there is a biological distinction when it comes to strength, there also has to be one when it comes to liability. Yes that holds men up to a different standard when it comes to physical aggression, but the law does the same for people who are highly trained in martial arts. When fighting someone considerably weaker than you, your body can be considered a weapon.

But you want to talk unfairness when it comes to body accountability? Ummm how about the fact women gush blood every month, then hold babies inside of them while forced to live a sober existence as their bodies are ravaged by swelling joints and hemorrhoids, only to then squeeze a skull out of their love hole which often rips to the anus creating one giant gash. Yeah… men and women are different and we have different challenges.

So unless guys want to be genetically modified with seahorses so they become the ones who deal with pregnancy and then shooting a being out their pee hole, and in the mean time we juice women up on steroids and testosterone – maybe dudes can just not beat women and seriously endanger their lives? 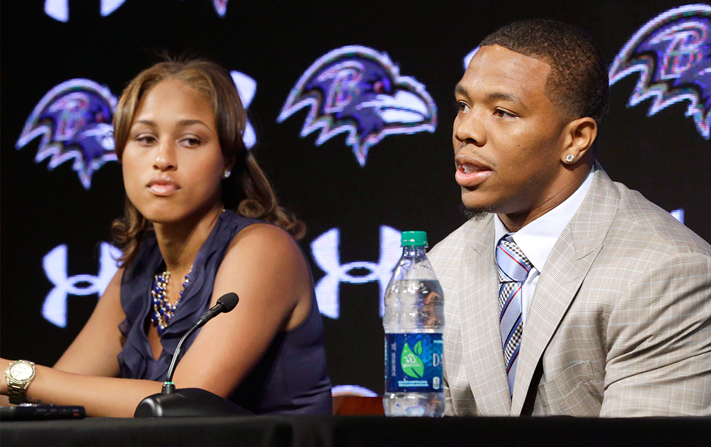 Previous post:
Photoshop The Hell Out of Your Face! Next Post:
Can I Volunteer To Not Volunteer?