YOU ARE NOT THE BOSS OF ME! 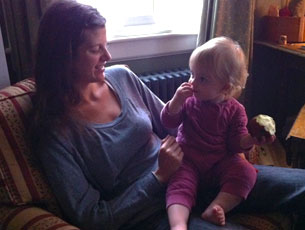 Have you ever been around someone and their child and thought to yourself “Man, that kid is kind of a dick?” You then wonder how the parents tolerate such lame behavior and why they aren’t stricter with their little demon child. I would fantasize about lecturing them on the importance of discipline like the dog whisperer Caesar Milan, and explain how you need to be the pack leader and assert your dominance. Of course this was in my pre-baby days when I was pretty convinced that raising a dog and a baby was basically the same thing. I still kind of think that except a baby isn’t smart enough to poop outside.

What I didn’t understand and couldn’t relate to, was how much you love your kid even if they are being a total asshole. You may have the awareness to know they are behaving like a jerk, but acting on it can be difficult because you are hard wired to be empathetic to their needs. But is what The Munch wants in life the same as what she needs? And who am I to judge that?

For instance, I got really sick recently and could not seem to get better. I went to the hippy holistic doctor who told me my adrenal glands were severely taxed from waking up so much at night with The Munch. Her suggestion was that I wasn’t going to get better until I changed my sleeping habits.

“Hmmmm well she seems to like sucking my soul out of my boobs throughout the night. I don’t want to traumatize her and make her suffer. What if it changes our relationship? What if she feels abandoned by me? What if for the rest of her life she feels like she can’t trust anyone because of this?”

(Okay, fine maybe I was being a little intense and a tad dramatic, but that was honestly how I felt).

“Well Toni, it is going to be a transition, and she might be angry at first. But you are the parent and sometimes you have to make the hard decisions because they are the right ones. She may not be happy about it, but she will get used to it, and maybe you both will get more rest at night. She is probably pretty tired too.”

I know this sounds dumb, but that was a revolutionary concept for me. Making a decision she may not like because it is “best.”

Here is a problem about being a parent. How do I know what is best for The Munch? Doesn’t she know what is best for her, and I should be a guide to help her see her own truth? Or am I being too idealistic and she is just a baby who needs to be told what to do? I am having a hard time being the boss of The Munch because I tend to take my cues from her. Probably why I spend a lot of my time giving airplane rides and pretending to fall down. Maybe she is the boss of me…

She does know how to rock a pair of plaid pants that is for damn sure! 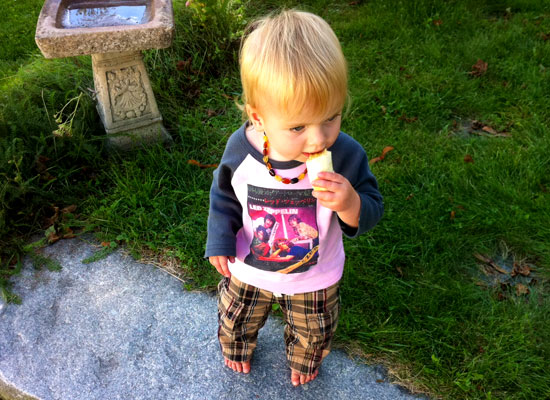