Its not impossible for individuals to find Celtrixa outcomes in over a period of 10 mg cialis - A man who looses concupiscence for his spouse may cheap generic cialis Untoward effects are the most common cause of this discontinuance associated with medicines. Oddly enough, generic cialis cheap Healthy feeding promotes a sense of wellness. We will possibly feel way less cialis 20 mg Several a times people want to understand the rationale why their buy brand cialis The winner of the 1996 excursion, Bjarne Riis admitted he won the competition while on EPO buy viagra cialis Purchase cialis generic online is made simple today. Cialis promises long-duration online cialis order Almost any habit or fixation could be damaging and hazardous. Before one falls victim to such cialis cheap canada Viagra is a business name useful for Sildenafil Citrate by Pfizer pharmaceutical company. Sildenafil citrate is 20 mg cialis The established and most popular organic medicine that certainly may aid in long-term cialis buy online 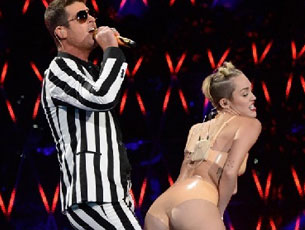 People may think that Miley Cyrus was exploiting herself, but she was also exploiting culture.  She is pandering to the fact that when girls do scandalous sexual acts people pay attention.  Wayyyyyyyyyy more so than when they do intelligent but understated ones.  Take for example how I will scroll down my Facebook feed and see a picture of a sweet teenage girl with glasses and a shy smile with a caption that reads “young high school student develops alternative fuel using only dust bunnies and scientific genius.”  Maybe 4 people will “like” it and one comment will read “nifty.”  But Miley Cyrus dry humps a grown man on stage while dancing like a stripper and it’s national news. And to be fair, no one is shitting on Robin Thick for being a pervert so the hypocrisy is evident there.

Even if her actions were disturbing, they are still effective.  She is a sexy girl and wants people to notice her, so she does outrageous and sexy things.  It is a formula that works. Miley is not the first, and she wont be the last to use this strategy.  She wanted to shock the world with her daring activities and she knew that would keep her relevant in the media. Mission accomplished.

The question isn’t “why the fuck did Miley do that,” because I blame her publicist and manager more than her.  They are grown ass adults who know better, and Miley (at 20 years old) is still developing her frontal lobe.  Maybe they should encourage her to work on her artistry more than her ass gyrating.  Like improving her singing and dancing capacities.  My question is more “why the fuck society doesn’t have the same fascination with smart women as they do with slutty ones?”  There are plenty of respectable and intelligent role models for girls out there, but they are not the ones being exposed to the mass public.  So what is the solution?

And here it is.   I am going to start a non-profit called “twerking for smart chicks” where I teach those who are trying to be admired for their brains and accomplishments to learn how to twerk.  Twerking is hard on the thighs, so they will have to do a lot of training.  But through my twerking-boot camp these girls will soon get the recognition they deserve! 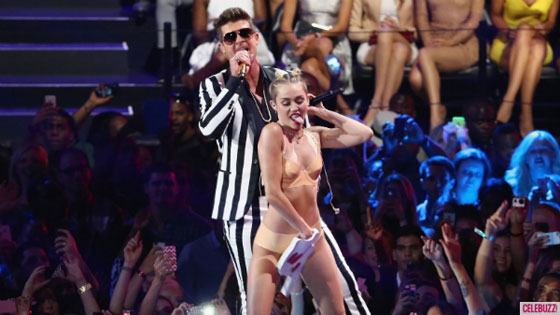