The Things I Go Through To Be a New Age Hippy 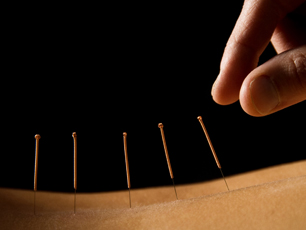 When you are in searing unimaginable pain, have you ever thought to yourself “you know what would really ease this immeasurable anguish?  Jabbing myself with needles.”  But I guess 5,000 years ago someone in China thought that would be a pretty good idea, and they have been doing acupuncture ever since.

I have actually had amazing results with acupuncture over the years.  But in all those cases the acupuncturist would hammer the needles in, leave me alone for 45 min, and then come back to take them out.  I pretty much thought that was what it was about…. until I met Dan Dan.

Dan Dan is a 5th generation acupuncturist and Chinese herbalist.  She is a sorceress.  When doctors told me it would take months before my shingles healed, Dan Dan cured them in 5 days.  Dan Dan’s 85-year-old mother recently had a stroke, leaving her paralyzed and incontinent, but after 13 days being treated with acupuncture and herbs, the mother had a full recovery.  Dan Dan is a wizard from another dimension and I am beyond grateful for her presence on planet earth, but she is the scariest person I have ever met.

I think Dan Dan is about 4’7”- but with her bouffant she is probably 4’9”.  Every time I stand next to her, I feel like Andre the Giant getting my picture taken with regular sized humans to demonstrate the enormity of my body through scale.  It is as if I am the true map of Africa around Dan Dan…. where you could fit 5 of hers inside of just one me.  Yet for such a tiny being, she is terrifying.  Her style of acupuncture is how I imagine the Devil dabbles in S&M.

Because my back has been in such a state of spasm, I had to call Dan Dan.  Maybe I could have gone to the doctor to get a prescription for muscle relaxers, but that is not how I do things! I am a new age hippy goddammit, and I heal holistically!  Dan Dan said she could be at my house the next day at 1pm, and for the 17 hours I waited for her to come, time took a different meaning.  Each second of discomfort was muted by every minute that I was closer to having to withstand the torture that was to come.  It was a bittersweet period.

When Dan Dan arrived her sweet face greeted me, and her heavy accent asked me what was wrong.  I explained my ailments, and she assured me that acupuncture would fix me right up.  Comforted by her angelic demeanor, I lay down thinking that maybe I had remembered everything wrong.  That my recollections of our past session were overdramatized in my head, and that this would be a peaceful experience.  I closed my eyes and she pounded in the first needle.

Here is the thing about acupuncture.  They put needles everywhere in your body that you never want to be touched – like the back tendon of your knee.  And in order to find the right spot, she really digs around in there.  I guess it was then she realized that “old blood” was part of the problem, so “cupping” would be a good solution.  Dan Dan started with my right ass cheek, and basically stabbed my ass to then suction it up in a cup to draw out the old blood.  As she made her way to my other ass cheek, and then to the back of my other knee… I made a noise of discomfort.

Dan Dan: Ah yes.  Back of knee very much hurt for cupping.

Toni: Ummmm what are you using to stab me with? Is that a knife? Or your finger nails?

Toni: Oh. Because it felt like you were just stabbing me with a sword…. Hahahahaha. Sigh.

Then she put more needles in and started to twist them in deeper.  Now it is one thing to have a needle in your skin, but it is another thing when someone keeps snaking them further into your nerves.

Toni: Ummm yeah.  You could say that.

Dan Dan: Yes my kind of acupuncture very painful.  So much suffering.  Likea torture! But it work very fast.  The more pain you take, the faster you heal.  Good girl.  My daughter, she no do acupuncture from me.  Too much for her.  You good girl.

So this continued for another hour.  Telling me about how my liver is “cold” and I need to warm my stomach and spleen to get rid of my old blood – the sound of her advice wafting between my grunts of torment.  Then, just when I thought it couldn’t get any worse, she thought she would “relax” me with a massage before she took the needles out.  This massage consisted of her digging her elbows so deep into my shoulders that you would think her entire arm was enveloped by the folds of my muscles.  Dan Dan then made her way down to my ankels, and jammed her feminine fingers so deep under my Achilles tendons she could have worn them as bracelets.

Toni: Dan Dan, for such a small person you have frightening strength.  Remind me never to get into a fight with you.

When she finally took the needles out I felt amazing.  My back was in less pain, but maybe that was only in retrospect to what I had just experienced.  Then Dan Dan gave me these sticks of grass that I was to burn 1 inch away from where my ass had been speared – to help draw out stagnation and old blood.

Toni: Should I get someone to do this for me?

Dan Dan: Or you can use mirror.  But get flame very close.  So you feel burn.  So you almost can’t take it.  More pain, heal faster. The smoke will make old blood come out.

I kind of felt like I would hurt my back all over again trying to maneuver these flames over my ass, so I of course called my friend and begged her to help me.

Toni: Grace, I need you to come over and smoke my ass.

Grace: Of course you do. 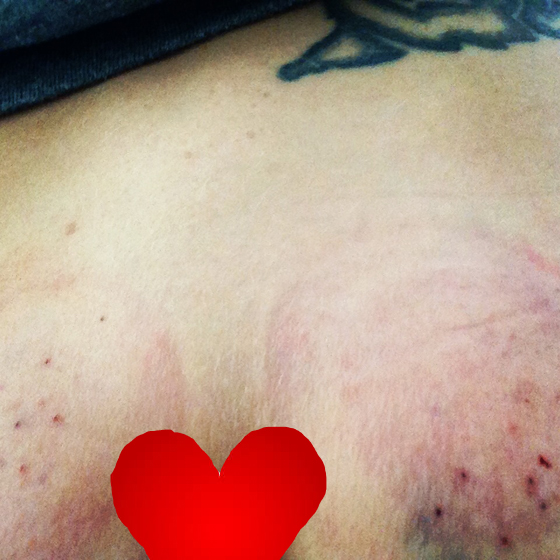