The Pointlessness of Arguing 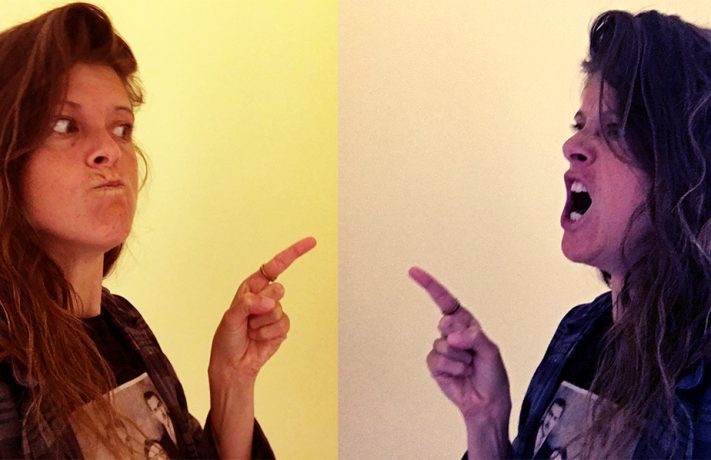 For the past 15 years I’ve been slapping my opinion onto the collective table of the internet. I’ve dealt a variety of different cards during this time – sketch comedy, music videos, stand up, written blogs, memes – shuffling through my consciousness in a desperate attempt to be heard. Why I have this compulsion to broadcast my thoughts is not exactly clear. The short answer is obviously because I feel like I have something to say and the long answer dates back to my childhood insomnia fueled by a quantum entanglement with my father so we’ll just leave it at that.

When you feed yourself to the wolves you can’t complain about getting eaten alive. I’ve learned to grow a dense hide in order to protect my ass from the hate. There are times I create something and receive nothing but praise (thanks mom!) but there are plenty of other times my work tickles the taint of those that don’t share my view point, humor, or politics, and I am then flooded with a deluge of zealous condemnation.

I recently made a video entitled “Is that Rape?” inspired by the adorable Brett Kavanaugh and his charming “who cares if I assault women” attitude. I knew when I made this video that not everyone was going to clap their chubby little hands in approval, and boy was I not mistaken. I got plenty of comments calling me a “libtard” to remark on how dumb and how unfunny I am, with even some really sweet annotations wishing violence upon my being. The internet is so cute!

To me the problem isn’t that people disagree, it’s how they disagree.

If you think about our educational system, there isn’t a lot of emphasis on learning the art of dialogue. In the times when the Greeks were developing the concept of democracy, the process of dialogue was HIGHLY regarded as one of the most crucial and pivotal personal aptitudes. Socrates’ entire philosophy was based on the importance of dialogue. He didn’t concern himself exclusively on what the topic of the discussion was, but rather how the topic was discussed. He encouraged a deep knowledge of how to have a conversation because the contents of that conversation were of lesser importance.

So, what happened? America boasts that we’re the “greatest democracy in the world” (we’re not) and yet there is zero attention paid to the most basic and fundamental principal of democracy. How can the people rule when the people can’t talk to each other? I find myself getting into arguments with humans I mostly agree with simply because they don’t know how to have a productive session of listening and exchanging. Don’t you feel like it’s time we make the art of dialogue a priority again?

No one knows how to argue because very few people are open minded enough to allow their consciousness to expand. When you have a political view, or some moral commitment, you tend to build a narrative that supports your thinking. We construct our reality in order not to challenge our construction of reality. Once you have committed to seeing the world in a certain way, you are often too afraid to re-think your thinking because then what does that mean about the reality you’ve created around it?

But here is the issue. You can create any reality you want. I could just as easily create a reality where Brett is a victim of nasty liberal feminists trying to take him down because of their venomous ways, as I could the reality that he is in fact quite rapey and has no place on the Supreme Court (much like Clarence Thomas). There are plenty of “facts” out there to support either position.

Where we are failing each other is not acknowledging that everyone’s reality is valid to them. Even those that we vehemently disagree with, they still have a sense of reality that’s based on logic. Their logic may seem crazy pants to you, but it’s logical to them. When we act like the other side is just a bunch of dumb dumbs without rational for their viewpoints we are ignoring an unavoidable truth. 99% of people have REASONS they think they way they do, and if you’re not curious about their reasons and instead just toss insults and disdain we will never have constructive dialogue.

Everyone’s relationship to reality is born from the data and processing power in front of them. There is a reasoning system that humans apply which means that all points are valid, regardless of how much they might enrage you. That’s not the point. The point of dialogue isn’t to think someone’s an idiot for seeing the world differently than you, but rather to have a dialogue deconstructing why. We are ALL the consequences of our programming. We have all been conditioned by our parents, society, and our life experiences. The question then becomes how do you take that reality internally and implement it externally? There has got to be a better way than calling people “cunts” on the internet.

What if we argued less and talked more? What if we understood that we’re all victims of structures of power, and that even those supporting these high-rises of oppression are still slaves to it? What if we stopped wasting all this energy screaming about who’s right and instead worked towards a greater understanding of what’s to be done?