The Perfect Metaphor For Life 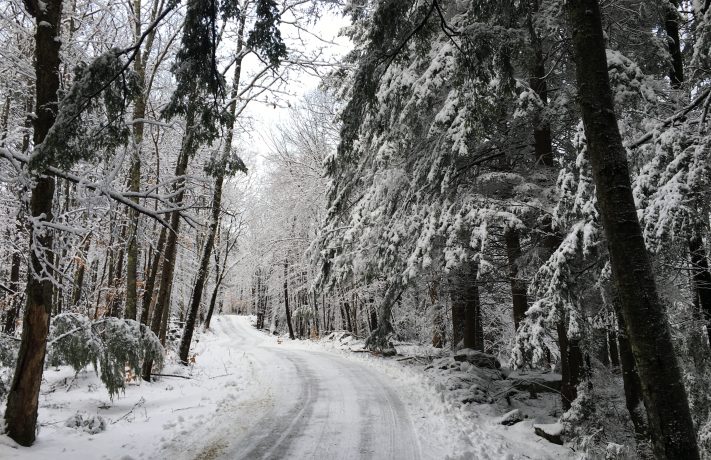 How do you feel about the day of your birth? Do you enjoy being celebrated? Do you relish in being the hot dog for a day and nestle betwixt the buns of your personhood? Or does the concept of aging cause anxiety? Do you fear your imminent death and want to shove your head into the sands of time in order to avoid thinking about the unforgiving truth that soon you will be consumed by soil as worms slowly engulf your rotting flesh?

My particular birthday falls in a strange vortex of time – December 29th– this piercing eye amidst a cyclone of holidays, vacations, celebration, and darkness. There is a collective expectation for fun during this season, anticipation hangs in the air, and a mutual yearning coats those winter weeks. This particular year – as the day commemorating the glorious moment where I blasted out of my mom’s sacred internal oven approached – I began to feel an intense pressure. I was stalked by an unrelenting need to do something out of the ordinary. Something spiritual, something mind blowing, something that would shake up my consciousness and dip me into the quantum soup of our so-called reality which is actually just a hologram projected onto a screen of mutual mass illusion.

My first plan was to drink ayahuasca. I wasn’t particularly in the mood to do so, but there was an opportunity to. I have done ayahuasca before because of course I have I’m a white hippy, and a friend invited me to a ceremony that happened to be taking place on that exact day that I was spewed from my mother’s womb. Yet I had my reservations because I didn’t feel the personal needto look into the black eyes of my demons and crawl into the ceaseless vacuum of inner darkness that layers my soul, but I would have. Sadly, however, that event was cancelled, and I was left with no plans. Then another friend invited me to a Kambo ritual, which in case you’re not familiar, is the psychedelic frog medicine where a shaman burns the amphibian’s venom into your skin and you spend the next half hour or so vomiting and shitting out toxins – which sounded like a real party. But sadly for me, I had just gotten mercury fillings removed from my mouth and had spent the day taking benzos at the dentist the day before the Kambo was going to take place. I guess sedating yourself on medical grade heroine isn’t the best recipe for spiritual enlightenment produced through anal leakage, and I couldn’t participate in that event either.

I was starting to panic. I didn’t know what to do to satiate my yearning and had no idea how to spend the day venerating the instant where I disgorged from my mother’s birth canyon. I knew I had a feeling of wanting to connect to something larger than myself but was unclear how to accomplish that. I couldn’t ignore this feeling of restlessness. I yearned to dive into myself, to uncover a new layer. Tormented by this need I smoked a little weed and went for a night walk around the lake by myself with my dog, Luna, hoping I would figure out what to do with myself. The moon was full, it was the winter solstice, and the season had just turned to Capricorn. It was as cold as a witch’s tit, and the wind was unyielding. I walked around thinking about nothing important (myself) and contemplated this and that (me and more me).

Eventually I made my way to the graveyard and tromped through the snow to find the familiar place where my best friend Bitty’s grave is. I kneeled down and pressed my forehead against the bird bath which marks her gravestone, allowing the essence of her energy to enter my 3rdeye. I decided to listen to some music and put on my “Bitty playlist” of songs that all reminded me of her. The vibrations reverberated from my headphones and I entered into a trance as our favorite song from childhood, “Like a Prayer,” played. I started singing to Bitty so she could hear it too. The next song was “Tennesse” by Arrested Development, which in case you haven’t heard that one in a while, is worth the listen. I was moved to get up and dance. The song “Scatman” was next – a stupid club song that Bitty and I danced to at the disco in Hungary when we were 15. I closed my eyes and could see perfectly clearly the way she danced in my mind’s eye. How she’d turn her arms into a snake like a Michael Jackson video we loved. How she smiled at me, a drunken sloppy smile as we threw our bodies around to the beat. I could see it effortlessly – a memory come to life. Then the timeless romantic tune “Gimme that Nutt” by Easy-E was blasted through. I still remembered every lyric (Bitty and I memorized the whole song) and again felt compared to share out loud these tender words as I danced.

My ego subsided and I lost myself in my own ceremony – a personalized ritual and ecstatic observance of the holy. In that moment I was unwatched by anyone, even myself. The memory of Bitty blended into what it was actually like to be around Bitty – like we were hanging out again. I danced for hours with her that night. Pounding the ground of her grave with the stomping of my feet. I had assumed the cure to my existential angst was some substance-induced experience to catapult me into the space time continuum, but what I really needed was to spend time my best friend again. To allow the connection to feel alive. Letting myself love Bitty is how I unite with the divine. She is my spiritual practice because she is my god source. She’s part of the mystery of death, the unknown of the eternal. Spending time with Bitty’s spirit is like a cleansing of my cells. It shakes me to my core and wakes me up to life. I deeply I miss my best friend, and that’s not something I always let myself feel because it’s so much to carry. I can’t always find the state of mind where it’s possible to truly open up and connect to her. That’s why I seek the guidance of psychedelics to push me over the edge. Yet that night alone with my dog under the full moon, I allowed all the feelings to flow through me again. These emotions I so often contain and repress because to really feel them is almost unbearable – how much love can hurt when you can no longer make new memories with someone. Yet there I was, on December 22nd2018 dancing with the gravestone of my best friend Bitty, making new memories with her spirit.

After that night I no longer cared about my birthday. I no longer felt that internal push. I was calm, almost serene. The holidays floated by in a daze and on the day of my birth, the day I was putting so much pressure on, I barely did anything. I made a video about my new bangs and played one continuous game of “Chutes and Ladders” with my kid for 2 hours. It was the most epic game of “Chutes of Ladders” ever played. Neither of us could win. We’d get so close to the final square, but then down a slide we’d go. We’d go from the top of the board to the bottom of the board again and again and again in an incessant feedback loop. After about the 70thtime I realized that “Chutes and Ladders” is the perfect metaphor for life and is preparing kids for their inevitable future. You go up, you go down, you go up, you go down, you go up, you go down. That board game is the most brilliant physical manifestation of existence ever created. Our inability to get to where we wanted to go was pushing us to the limits of sanity. We started screaming at the board. I began to sweat with frustration as my eyes blurred from fatigue. I was unable to comprehend how many times we’d fall down those damn chutes. I may not have had the drug inspired birthday I was seeking, but that game of “Chutes and Ladders” was truly shamanic.

Previous post:
Sex and Romance Tips: To Enforce Gender Roles
Next Post:
You Will NEVER Get What You Want