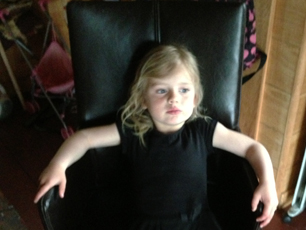 Kids are like Rainman about their routines. Once something is done one way, that is how it has to be done until the end of time – or else prepare yourself for a hissy fit that embodies a cat in heat trapped in a sauna. I live in fear of what will be the next compulsion added to the Munch’s habitual expectations of the day.

It starts like this. The Munch has a request. It may seem simple at the time. So I comply. Sure. You can wear your bathing suit in the bath. Why not? Then suddenly that is the new thing. She won’t take a bath without her goddamn bathing suit because now that is just the way shit is done. And god forbid you can’t find said bathing suit, because even the suggestion of bathing without one sends her into a fit of fury.

I get it. Its about control, and kids wanting some power over their destiny. They latch onto routine because it calms their anxiety about how much of their life is dictated by the adults who keep telling them what to do. From a philosophical standpoint it makes sense that The Munch is vehemently attached to rituals. But holy fuck is it annoying when I have to wrap her in 5 towels (the green frog on the bottom, then Buzz Light year, followed by the orange one, the other orange one, and then finally topped with the monster) just to get her to brush her damn teeth.

I try to see it as meditation – doing the same things the same way over and over. All ancient cultures have countless ceremonies that people participated in. It was part of their community, spirituality, and grounding of the self. The mindful practice of repetition was engrained in how humans behaved. But in my modern existence, the only thing I do everyday willingly is watch youtube videos and check Facebook.

There is something that I resist so much about mundaneness. I know it is all about perspective and blah blah blah… but the tedium of monotony is maddening. Blame it on my ADD, but sometimes I just want to break out of the mold. There are nights were I want to say “fuck stories man, lets play poker instead!” But I guess it makes the Munch feel vulnerable to do things differently. For her, sameness is security. So I do my best to keep things consistent, although sometimes I worry I am enabling compulsive tendencies…. 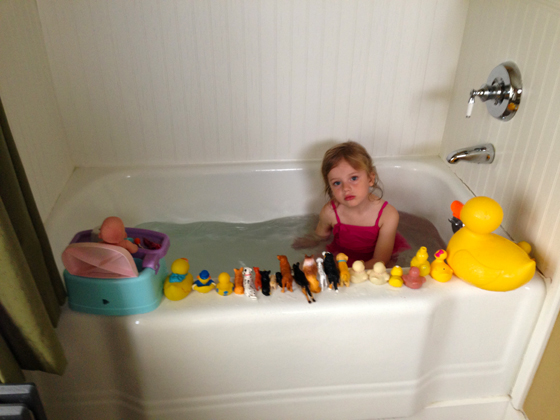