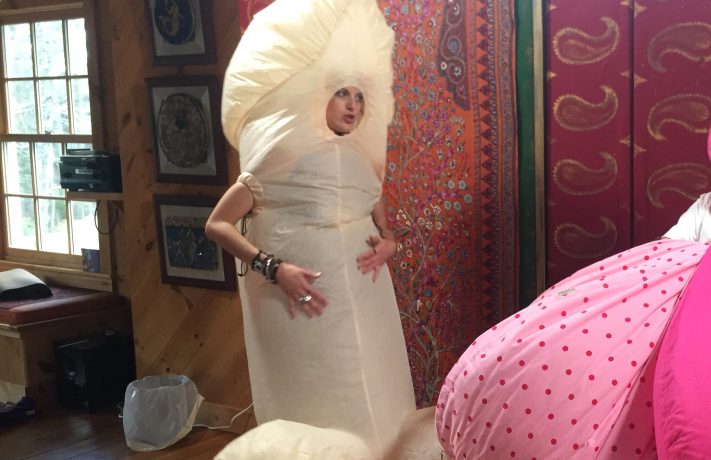 The other day I was at rehearsal for my belly dance company, and was working with a cane as a prop. As the other dancers and I were chatting and figuring out our positioning, I did what any normal adult woman would do with a cane – put it between my legs and pretended to have a penis. I then of course started to stroke it… because I’m a grown up.

This obvious display of my maturity got me thinking about genitals in general. Looking at my cane wiener, I realized how vulnerable men must feel to have their cock and balls exposed to the world. The exterior positioning of the flopping male genitalia make men more susceptible to danger. They have to walk around with their most sensitive bits unprotected, flailing and bouncing about indiscriminately. Perhaps because of this anatomical liability, men often filter the majority of their negative emotions through a lens of aggression – as a preemptive strike to compensate. It doesn’t really matter what they are feeling – embarrassed, scared, hurt, ashamed, lost – the way they express those feelings often through a lens of anger. I believe that the reason we have nuclear war is because men have to protect their dicks.

Women don’t have the problem of our privates being public. We are all tucked in, like a suitcase. I think that’s why women are generally less violent. Yet we do have this gaping open wound that is constantly leaking, which is why women often express their emotions through tears. We cry when we’re sad, when we’re happy, when we’re lost. We cry because much like our weeping vaginas, it’s hard to hold in emotions when there is a giant HOLE IN YOUR BODY.

Then of course we have the pageantry of our periods to contend with. We can’t just wear a long skirt and allow our menses to flow freely. Nooooo. It would be frowned upon to walk around leaving behind you a red trail like a communist snail. Society wouldn’t allow that. We live in a democracy after all.

As a woman it’s easy for me to identify with the hardships of the feminine experience. As I just did so lovingly for you. Yet it’s also crucial for me to concern myself with the male plight. If I don’t show empathy for the opposite gender, then I can’t expect it in return. In this current Post-Trump paradigm there is so much to divide us as our ideologies and dogmas cloud potential connection. In order to counteract this intentional ploy of the ruling lizard elite to tear communities apart so we are easier to control, I must put myself in the head of a man…’s penis.

I think one of the hardest parts about being a man in the modern world is having to constantly abide by the creepy rules, even when you’re not creepy. Imagine being a dad with a daughter, and your little girl wants you to play with her and her little friend. Picture these two sweet cherubs innocently requesting, “Tickle us daddy! Chase us around and tickle us!!” As a man you can’t go around tickling other people’s kids! The police would be at your door in minutes. Even when you’re not a sex offender, there is so much that men have to do to ensure that they are not seen as one. It must be hard to have to force yourself to question, “Is my being affectionate going to be seen as being a creepy uncle” all the time. Yet at the same time, the creepy uncle is REAL! We all have one!!!

There is a burden men carry around because of all the deplorable acts other men have committed. Women are socialized to mistrust men, and first assume they are a threat until proven otherwise. Women are guarded as a means to defend ourselves against potential danger, but the sad truth is that there are many men that we don’t have to protect ourselves from. I am sure it must be really painful to be assumed to be a raper or molester when you are a man who has no interest in raping or molesting.

So what is the solution to this dilemma? For safety reasons it would be absurd to teach young girls not to be cautious, but the energy of being deemed dangerous when you’re not is psychologically brutal. Women genuinely fear men because of the awful behaviors of men, and as a consequence men react to this rejection with misogyny and sexism. This cultural mistrust between the genders is a feeding ground for division. The more we are steered away from intimacy and towards skepticism, the more fragmented we are, and the easier we are to manipulate.

My suggestion is much like we need resumes and letters of recommendation for jobs; we also need them for our men. That way you can have men vetted by other women, and not have to live in a constant state of skepticism. For example, when you go on a first date with a guy, you can read his letter of recommendation from his last girlfriend before you drink the cocktail he just bought you. “Brad is really sweet and giving in the bedroom, but he doesn’t unload the dishwasher and leaves his socks on the living room floor.” Huh… looks like Brad is kind of a slob, but isn’t going to put roofies in my drink! Or “Jason will buy you diamonds and take you out to dinner, but he takes selflies in the mirror and will cheat on you.” No way… I can’t live with the mirror selfies Jason! You guys… there is SOOO much potential to heal the gender divide! 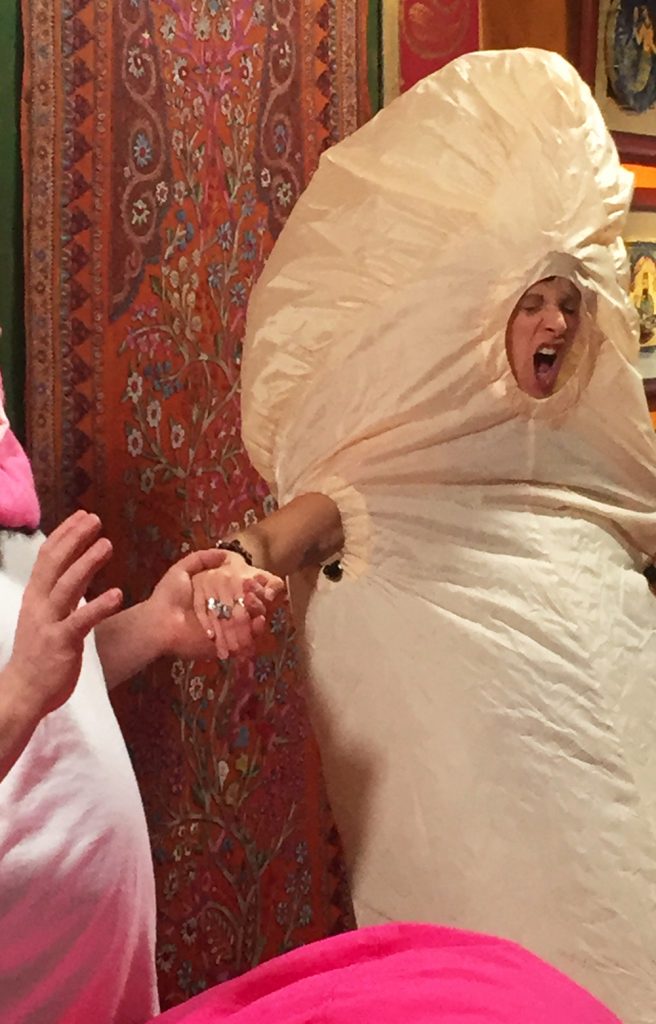