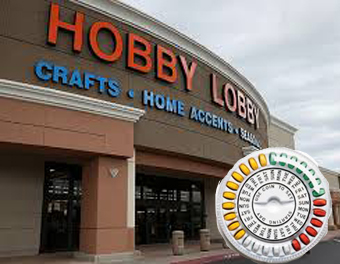 In my modern liberal upbringing I had an assumption that there was a separation between church and state. It was one of those bylines in history class I took for granted and naively believed. I was also taught about checks and balances within the government, and how the judicial branch is designed to maintain justice within our political system. What this Hobby Lobby case basically proves is that there are many grand illusions behind the revered American Democratic system, and in reality we are just as archaic as the countries we declare war against under the guise of freeing them from tyranny.

According to this ruling Christian business owners can opt out of the new health care law requirement that they cover contraceptives for women. This means that religious views are more important than federal law, and the 5 men we have elected to uphold the law agree.

Christian fundamentalist do not believe in birth control of any kind, and the only form of family planning one should engage in is between married people using the rhythm method. Does that mean the Green family (owners of Hobby Lobby) believe that pulling out and splooging all over a lady’s tummy is a sin too? Can we really expect sex to be reserved for reproduction between a man and wife? And if so who is going to deal with all the repressed rage from all the millions of sexually frustrated people who aren’t getting laid?

The irony of this whole conversation is that it keeps being presented as exclusively a women’s health issue. This isn’t just about females and their scary procreating vaginas, but for guys as well who would be dealing with an unwanted, unplanned pregnancy – unless the Supreme Court plans on changing the law that men are also at least financially responsible for the children their sperm creates. Corporations can’t cherry pick what elements of health they feel like supporting… Reproductive, psychological, and physical health are all interconnected. It is outrageous to embolden businesses with the idea that their individual opinions on another person’s wellbeing are more relevant than their own.

My initial reaction to this bill being passed was total confusion on how that would work economically for a company. Wouldn’t an environment with your female employees getting knocked up effect your bottom line? Well, I guess not when you offer ABSOLUTELY NO paid maternity leave!!! Not to mention the hypocrisy of $76 million of Hobby Lobby’s investments are in companies that produce the very products they are denying their employees.

Basically what this law is reminding us is that the employees who work for major corporations like Hobby Lobby are not only disposable, but insignificant to the people that run them. The fact that when birth control is not covered by insurance, it is forced out of the price point for women working for minimum wages is irrelevant. The idea that they could maybe lose their job, or significant paid time because of their new baby doesn’t matter. This isn’t just a war against women; it is a war against the poor. 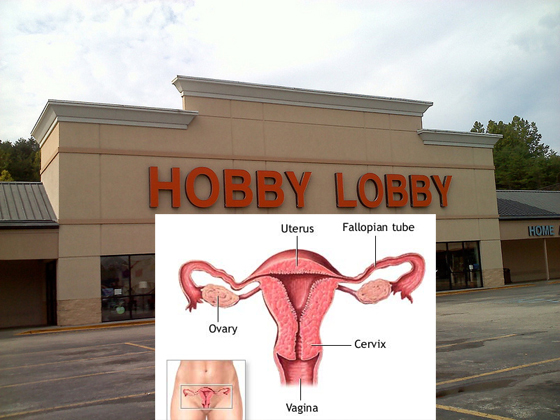