Some Diseases are Best Left in the Past 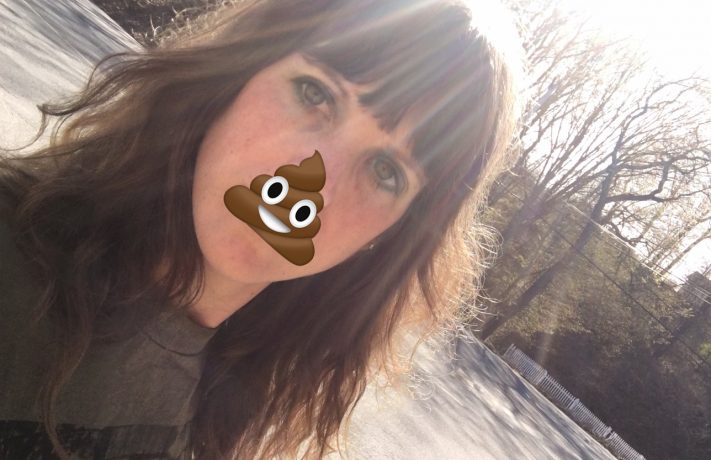 If you read my last blog you are up to date on my current health issue regarding my liver not functioning properly.  Come to think of it, are you really living your best life if you aren’t acutely aware of what’s going on with Toni’s liver. I think knowing what’s up with Toni’s liver is probably the best barometer of success on the market. You’re welcome.

As I was waiting for the results of my blood work, I decided that trying breath work would be a good modality to get to know my liver better. After partaking in the San Pedro ceremony (and potentially contracting a tick STD) my heart was pretty open to what my lungs had to tell me about my liver. As such, a woman who specializes in breath work came to my house to guide me through the experience. She and I discussed how the liver is where humans store anger, so our loose goal for the session was to inspire me to connect to my internalized and repressed rage.

Even though I was very open to this concept theoretically, I was having my fair share of difficulty connecting to my angry liver. I guess the most obvious reason for this barrier is that the anger is REPRESSED. Duh. But there were also some other factors that were contributing. After doing the San Pedro I’ve been feeling relatively serene, like there is more air in my brain. It’s as if my synapsis have stretched to create more emptiness so the breeze of nothingness can blow freely across my consciousness. It’s not that I am not thinking, but more that I am not thinking as much. There is more time between my thoughts while wind flies across the innards of my skull and out my ear cavities.

I will be in the middle of something, like teaching my dance class, and suddenly have no idea what is going on, who I am, or what we are doing. Did I already do a lunge to this side? Have I pumped my pelvis 8 times… or 16? I am usually so on top of life, like a woman prepared to ride her way to orgasm, yet at the moment my spacey head is more like a swirling galaxy. If this is the price I have to pay for escaping the relentless pestering of my ego – then so be it!

The other issue that was preventing me from feeling my feelings of hidden fury was the soundtrack playing in the background. As a dancer I am so influenced by music and the sounds that were filling the air were really upbeat. I kept picture fun choreography. “Ooooo this would be a great moment to undulate!” At one point the breath work lady was suggesting I make sounds to externalize the voice of my anger. She also suggested I punch the mat to release the wrath my liver was holding onto – but the song from Austin Power’s was playing!!! How could I be angry in that context?

I then starting spinning into a co-dependent swirl. My internal monologue was scolding me for not allowing my anger to manifest. “Aw man, I don’t have any sounds that want to come out! I’m actually in a great mood! Fuck. Am I letting her down because I’m not making guttural sounds of resentment? GODDAMMIT TONI! Why can’t I make a sound of anger? Oh dear, now she wants me to punch that mat! Fuck hole… I can’t punch the mat! I feel totally at peace! I am flooded with feelings of forgiveness. I am absolutely failing her!”

But then I realized that maybe the anger I am holding in my liver isn’t actually mine? What if I am a sponge for the anger I am exposed to? Perhaps I’ve just sucked too much in and haven’t taken the time to squeeze myself out, cleanse my aura, bathe the emotions and feelings of others off me. Maybe my purpose on the planet is to be an anger loofah, but in order to do that I have make sure I spiritually exfoliate myself more often?

All I really want to do with my time is bring people joy. To make them think. To be a part of their self-evolution in order to continue to evolve myself. Isn’t that what my artistic and creative projects are ultimately? Maybe I don’t have to be so tormented? Maybe I can just realize that even though I am not accomplishing things on the scale that I want to, I am still doing what I am meant to do. Perhaps I won’t ever get my Netflix comedy special, but maybe a few people smiling at my videos is enough? I’m already living my dreams. I’m already living my purpose. I’m already doing what I want to be doing even if only a few people give a shit. And with that, I melted into another dimension and lost all awareness of my body. Naturally.

Later that week I went back to the doctor to get the results of my bloodwork.

Toni: Oh phew. But what about the tick that just bit me? The one I got tested and that came positive with a tick STD?

Doctor: Yeah, the bartonella… hmmmm, well… we will get back to that.

Toni: Isn’t it crazy that I went to do San Pedro with Shamans in the woods to heal from a tick disease I didn’t have, and maybe I just contracted a whole new tick disease?

Toni: Does the healing ever end?

Doctor: Good question. You also don’t seem to have the genetic disease that I feared.

Toni: That’s a surprise. My mom did smoke and drink when she was pregnant with me.

Doctor: But it turns out you have antibodies for Hepatitis.

Doctor: But you don’t have it any more. What you have is the immunity for Hepatitis A.

Toni: Is that the sexy Hepatitis that Pamela Anderson has?

Toni:  So, you’re telling me I didn’t sleep with Tommy Lee.

Doctor: What I am saying is that you don’t have Hepatitis C. You HAD Hepatitis A.

Toni: So, what’s Hepatitis A?

Toni:  Shit in mouth!? Am I hearing that correctly? I had shit in mouth Hepatitis?

Doctor: It’s more common than you think. You could have had it years ago. Someone who had that disease prepared food that you ate…

Doctor: You did.  I have no idea when. It could have been years ago?

Toni: But don’t have it anymore?

Toni: This is much better as a story that happened in my past rather than my present reality.

This is me about 5 years ago… is this when I had shit in mouth disease??

Previous post:
A San Pedro Ceremony and my Rebirth into the Cosmos Next Post:
Ants in my Pants