The greatest lessons I have leaned in life have come from hardships.  I don’t think I did a lot of growing when I was dancing on bars downing tequila shots, although I sure as shit was having fun!  It is usually through suffering that I evolve as a human.  Does that make me an existentialist sadomasochist?

Although my parents were pretty tame to my brother and me, their parents came from another generation and were way more hard-core.  These were the adults that were hardest on me as a child, but also had the most impact on my development.  I don’t remember ever feeling like I had a choice, or could even argue their perspective, because I was so conditioned to respect my elders and do what they say.  So consequently, I would find myself in situations doing things I really didn’t want to do, or didn’t think I could do.

My grandmother on my father’s side was really loving and affectionate, but also insanely sexist.  She would always encourage my older brother to go to the third floor and play so he could expand his imagination and intelligence while I helped her in the kitchen.  It was there where she would give me such sage advice as “Tonikam… do you know what a bitch is?  Well don’t be like that because it will make your face look old.”

Although spending my childhood making dumplings was for sure less exciting than making G.I Joes fly around, I did learn quite a lot being my grandmother’s house helper.  Like how to feed myself and others, how to appreciate time with her even though I was doing boring chores, and what her teeth looked like in a jar when she took them out at night.

My mom’s stepfather was very Swiss and did not believe in coddling children.  His demeanor was slightly harsh and would not tolerate complaining or whining.  He once took my brother and I skiing and we got lost and had to hike back up the mountain to find the path.  Oh yeah, and we were in the Alps – so it was kind of a big mountain.  Now at 6, one thing that is really complicated is carrying two skis and two polls.  The skis kept splitting apart, I would take two steps drop a pole, try to bend down to pick it up and my ski would wack me in the head and fall. Then I would have to drop everything to re-attach the skis together and try to get my polls in the other hand, but my hands were too cold and then I trip over my ski boots.  My goggles kept fogging up so I couldn’t see, and had to follow the panting of my brother ahead of me in a desperate attempt to keep up.  Even though I thought this was the worst day of my life, and kind of wanted to beat my grandfather with my skis, I did make it out alive.  That experienced definitely toughened me up.

Three years later my mom’s father took us on a kayaking and camping trip.  He was also stern man who had little tolerance for weakness, so at 9 and 12 my brother and I had to pick up kayaking and going down waterfalls pretty quick.  The first few days my brother got severely dehydrated and puked for 24 hours into the river.  For the next 14 days his foamy vomit followed us.  The mosquitos were so bad that it looked I had herpes of the body, and as much as I wanted to go home I couldn’t because the only way out was making it the 100 miles down the river.  And of course I couldn’t express my discontent because we are New England people and don’t talk about pansy things like emotions or admit feebleness.  You stuff it all down your throat like a Thanksgiving turkey.

Although this whole experience felt crazy, especially because my grandfather sometimes kayaked in the nude, it was empowering.  Pushing myself to the limits and going past them was a really meaningful practice.  It has helped me so much in my adult life to know that I can persevere even when I think I can’t.  These semi-abusive adults really showed me my own strength, and I honor their total disregard my feelings.

So here I have this little girl, who I want to show empathy and love towards and be a hippy earth-mother who embraces all her emotions.  And the Munch has nothing but sane reasonable adults in her life who want to spoil her rotten, listen to her needs, and not put her in quasi-dangerous situations.  Fuck!! She is going to be such a pussy!! What am I going to do??

I feel like kids almost need some hard characters in their lives to challenge them.  Although philosophically I am all about love and compassion, but if that is all The Munch is exposed to how is she going to thrive the face of adversity?  She needs some hard-asses in her life! 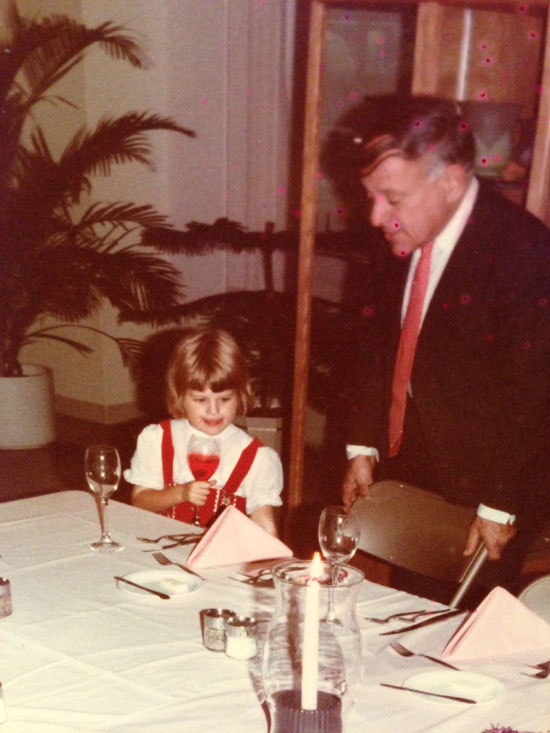