Ruining Childhood With The Truth 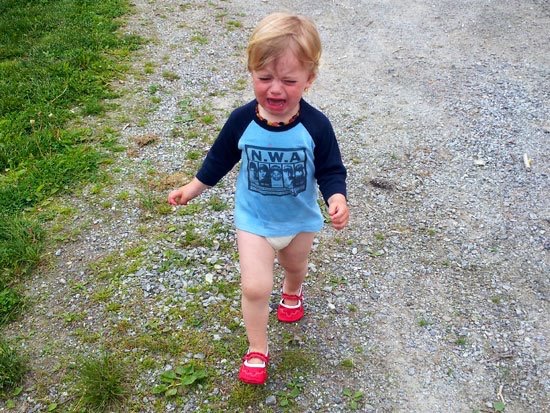 Childhood is a blissful time of naïve innocence. That is unless you are living in abject poverty, or a war torn country, or a town where racism is the social norm, or a place where they sell girls off as child brides – so basically for everyone except those billion kids.

But for my Aryan looking privileged child, things could be pretty idealistic for her – that is of course if she didn’t have me as a mom.

See how there’s balance in this cold dark universe after all?

I try to keep it real with The Munch because I think she’s emotionally capable of understanding complex ideas, and also because I have no interest in raising an entitled asshole. Yet I can see how my parenting can infringe on The Munch’s potential to believe the world is a benign, benevolent place. “Yes Munch, bumble bees are fuzzy, and they’re being systematically destroyed by Monsanto’s pesticides, threatening a global pandemic of potential mass extinction.” Trust me. She get’s it. “That is a police siren sweetie, and yes they are here to protect us.. but we also can’t forget that the legal system is inherently corrupt, the prison industrial complex exploits millions of Americans as slave labor for private companies, and inherent bias has resulted in the murders of thousands of innocent black men.

Although I want The Munch to maintain her youthful idealism, I also think it’s important she knows that Santa Clause is a physical manifestation of excessive materialism. It’s a delicate balance right?

The Munch is a sensitive creature, and some of the information I tell her does impact her ability to enjoy things. For example, when in our small town they explode the fake missiles that mock the horror of the other countries we routinely bomb… wait, I’m sorry. That was my auto correct. I mean fireworks. When they light the fireworks, they set up a raft on the lake to light them from. Yet as a result, all the trash from the fireworks ends up falling into the lake, polluting it. I just happened to mention that to Munch, and then the whole time she was watching the fireworks, on her birthday mind you, every time she saw the debris dwindling into the lake, she would cover her eyes in dismay. “I can’t watch Mama. It’s so terrible for the environment. Those poor fishies. All that trash and chemicals poisoning them.”

You may be asking yourself, “Are you a monster Toni? Ruining fireworks for your 7-year old… on her birthday?” Well… it’s not my fault. My mom raised me! This is a woman who gave me an NWA tape when I was 7-years old so I could “learn about politics.” The same woman that insisted we listen to the assassination of the Romanian dictator Ceausescu on Christmas… AS A FAMILY… WHEN I WAS 9 YEARS OLD!

I’m not the only one doing this to her! When my mom plays dolls with The Munch they have a character who’s a Syrian refugee named Toni who lost her eye in the war, and now wears an eye patch. Another doll, Violet, is confined to a wheel chair because she stepped on a landmine… and she’s also an orphan that must be taken care of by the other children who’s parent’s died as casualties of war. I can hear my mom “playing” with The Munch and going through the narrative about their ships being turned around by the evil right wing, leaving these dolls to drown in the ocean.

So yeah… maybe the Munch isn’t exactly having a “normal” childhood, but at least she’s being informed of geo-politics! 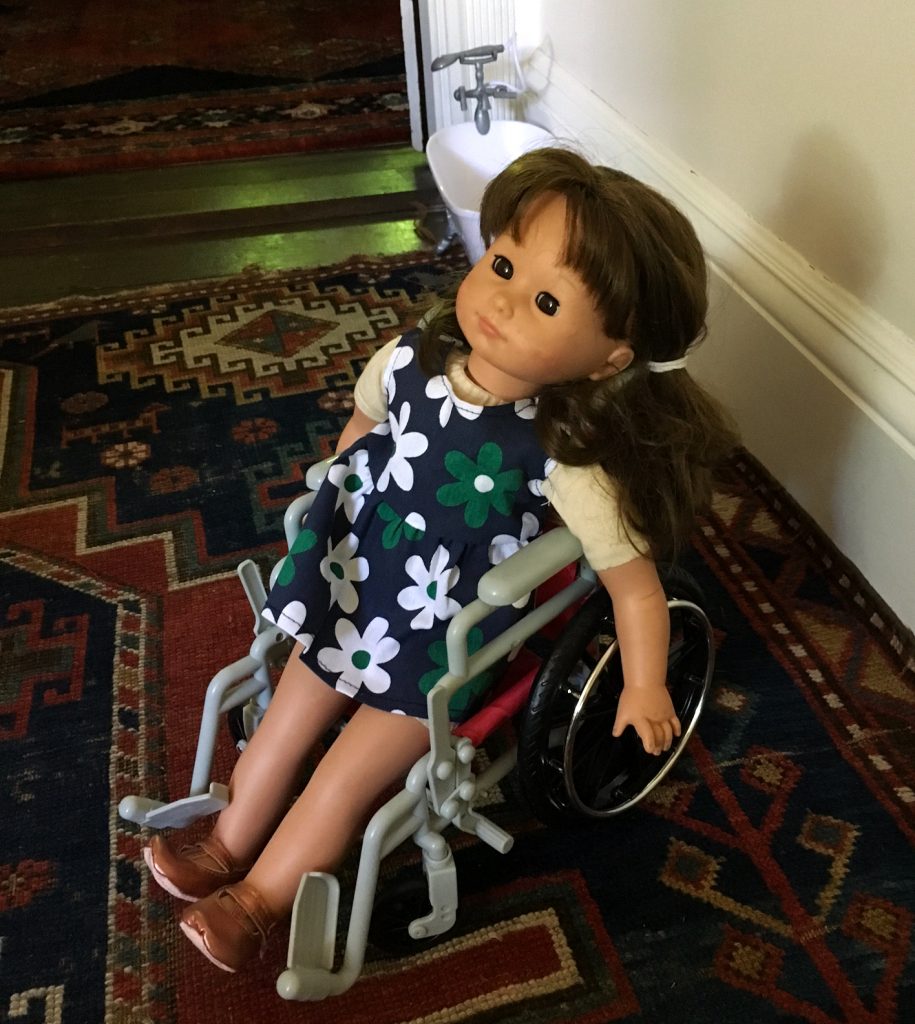