Please Don’t Force Feed Me Up My Ass 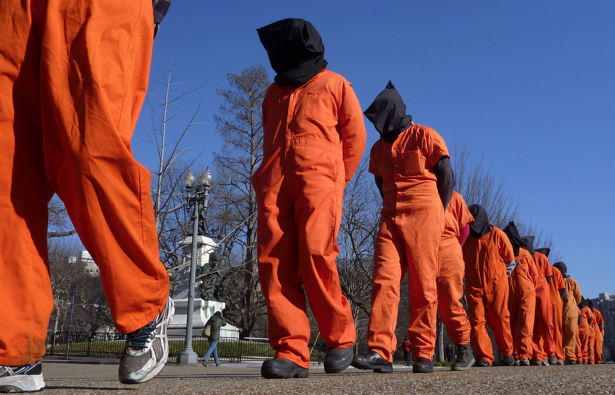 When I read the recent report on the CIA’s detention and interrogation strategies at Guantanamo Bay, I couldn’t believe our barbaric treatment of these people. Considering how often we go to war with nations because of “human rights violations,” the hypocrisy is sickenly thick and palpable. I am not sure how this can be expalained beyond blatant racism. We never treated Aryan Nation Nazi’s like we do Middle Eastern supposed “terrorists” – many of whom have never been proven guilty. Call me old fashioned, but torturing a citizen of the earth who might maybe be sorta kinda guilty is down right criminal.

Of all the torture strategies articulated in the report, one of the more horrifying “techniques” was how the CIA force-fed a detainee up his ass. Although the “rectally infused” visual is incredibly disturbing, I also found the menu a particularly strange assssspect– a puree of hummus, pasta sauce, nuts, and raisins.

Rectal infusion- a lovely infusion choice, indeed. Was there a garnish as well? What about truffle oil, or a dash of coriander? Why the raisins? Were they added to balance the acidity of the tomato sauce? What a charming idea to use sun kissed grapes to provide an alkalized concoction, so as not to create disparity in the colon.

I would like to have been a fly on the wall in the room when the decision was made to put a man in a “forward faced position with head lower than torso” to insert pulverized cuisine in his anus. How did they decide who prepared the pounded sustenance and who administered the “meal.” Once the plan was established, did everyone circle up, put their hands in the middle, pump once, and say “GO TEAM!” ??

Beyond the categorical cruelty of this, given that torture has not been proven to be an adequate or even effective method to extract information makes this a truly INSANE action. It’s been documented that people put in such horrendous situations often tell their tormentors what they want to hear, as opposed to the truth. I can’t imagine why — except maybe so THEY WILL STOP GETTING FUCKING TORTURED. But I am not a psychologist or anything so what do I know?

According this most recent report, the CIA frequently tortured its prisoners before even attempting a civil interrogation. That would be like if I came up to you while you were eating a sandwich, knocked you over so you smacked your head on the ground, pinned your chest so you couldn’t breathe, and starting pissing in your eye while demanding a bite. Wouldn’t you be like “uhhhhh… you could have just asked?”

Considering we spend upwards of one trillion dollars a year on “national security,” I am pretty fucking confused as to why we are using these archaic strategies to obtain information. If you want to have nightmares for the next month, check out some of the DARPA’s projects (The Defense Advanced Research Projects Agency). The military is coming up with some seriously advanced shit to spy on, kill, and control people. In addition to the many robots DARPA has created to mimic human walking, throw cinder blocks, run on four legs at cheetah speed, climb trees, grasp objects, kill targets…. DARPA has also announced projects that include mapping the human brain, trying to create a physical thinking brain for robots, computers that can think for themselves, tracking rat brains over the Internet, real-life Avatar projects, autonomous robots, electronic tattoos and pills swallowed to authenticate online access instead of passwords, mapping the neuroscience of the “fight or flight response,” mind controlling squids…. and much much more.

Then of course there is the nano technology spy drone that is the size of a fucking mosquito. Isn’t that surveillance enough to get the information you are looking for? Is torturing humans really superior to chemtrails that control our minds? Where is all this money going if not to KNOW EVERYTHING ABOUT EVERYTHING?

Come on CIA. With a trillion dollars to find whatever shit you are looking for – I believe you can do better than a derrière soufflé 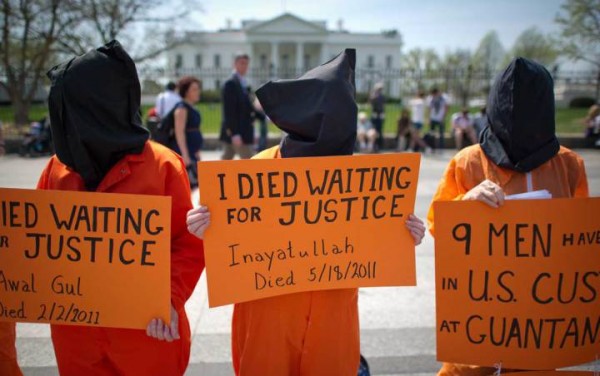