Nursing the Teat of the Earth Dry

The other day as I was walking, it started to rain. I looked above me and could see the rain cloud, but also a patch of blue sky in front of me. I figured, “Oh Toni, you’re right underneath the rain cloud, so you just have to run in front of it to where the sky is blue, and then you won’t get rained on anymore!” Yes, you heard me right. I thought I could outrun a rain cloud, and genuinely tried to accomplish that goal for the remaining 3 miles around the lake – and wouldn’t you know it – I never was able to RUN FASTER THAN THE EARTH’S ROTATION? Weird right?

Or maybe it was weird that I authentically thought this was possible? Oh whoops, I forgot to tell you I was pretty stoned during this experience, so that might explain some things.

We think we are in control of the earth. Humanity maintains this illusion that we have power over the planet and that we Sapiens are the priority above all other the species, and even the planet itself. We believe that all the earth’s bounty and resources are primarily for us to sustain our lives, even at the cost of everything else. Yet why? For thousands of years mankind was much more in tune with the harmony of the natural world and our place inside it, rather than above it. Why have we become corrupted into assuming that humans deserve to consume everything in our wake?

A hostile ideology towards nature has permeated modern thinking and Francis Bacon, who is considered the father of empiricism and “Western” scientific method, ejaculated this attitude. Bacon would use analogies of raping and controlling the earth when discussing the need for science as a means to dominate nature. His metaphors were filled with violence towards the feminine, and it was his teachings that birthed our Western relationship to science.

No wonder we as a species are acting so viciously towards the planet. There is a collective sentiment of domination over nature like she is a woman that needs to be put in her place. The arrogance that nature can be restricted is echoed in the way the world treats women and all that the feminine has come to represent. Consider our relationship oil – it’s as if we are sucking at the teat of the world, yet giving her no time to replenish. Is it really a good idea to keep nursing until there is no more milk left to nourish? Doesn’t mother earth, like an actual nursing mother, need time to rejuvenate? Even a baby knows to take a break and stare into space for a little while or play with its fingers. How are we so smart about so many things, yet so unaware that you can’t treat the earth, or women, like they are purely vessels for taking whatever you want from them?

We use the term “mother nature” acknowledging the symbiotic relationship that the planet sustains all life, yet we simultaneously treat her like a disposable whore. There is a psychological conflict that’s taking place and it’s reiterated in the way women are treated across the globe. The violence towards the earth is reverberated in the violence towards women. We take advantage of the mother earth much like we take advantage of mothers. If the mother instinct prevailed, then preservation of the future would be the top priority over money and the restrictions of a privatized global economy. Every decision would be made under the lens of “what is best for my children” rather than “what is best for me.” Yet sadly, and irrationally, that’s not our approach.

The human species is the greatest ecological serial killer the earth has ever known. Over the past 50,000 years a staggering amount of animals have gone extinct because of our influence. We are in the midst of a 3rd mass extinction of animals right now. Our 3rd! We have done this before. North America used to be the home of giant 8-ton sloths that were 20 ft high. There were rodents the size of bears. Wooly mammals. Giant Tigers. Right here where you’re sitting! All the animals that exist today, are a mere fraction of what used to be – we killed them all. And all that death made way for what? The most useless generation of humans ever to exist? Yeah maybe we can text really fast while driving, but we don’t know shit about survival. Human beings at least used to be one with their environment – I don’t even know how to keep myself alive without a refrigerator. I just go to the grocery store and am like, “Uhhhh this box of food looks look good.” Most of us are useless. We’re not inventing solutions to the world’s problems; we’re just creating more trash.

Yet even if all the citizens in the US lived in intentional communities of off the grid geodesic domes, ate only organic vegan food grown locally in our shoes, dressed exclusively in clothes that were hemp colored hemp, and traveled purely by unicycle – the military industrial complex would still be polluting the planet at an alarming rate. We can’t just change our personal behavior; we also have to address the entire system that operates without consideration of the future, which I know, feels exhausting.

So yes, we as individuals have to do everything we can to be more ecologically aware and lesson our footprint, but we also can’t forget about the GIANT BOOT on our chests that is the US military, and most of corporate culture that operates by the rules of Wall Street rather than the laws of nature.

Hope y’all had a good earth day over the weekend and weren’t thinking about the apocalyptic shit that I was! 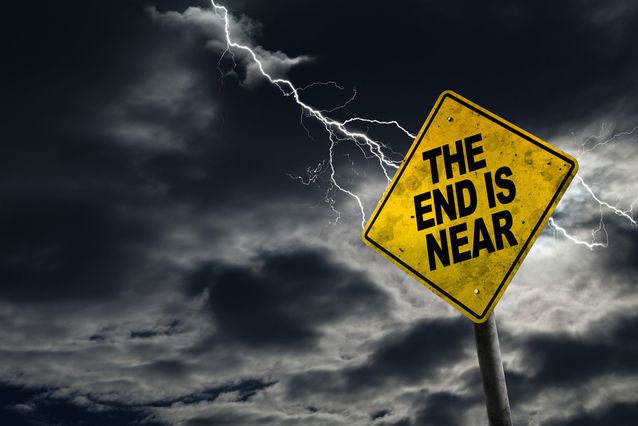