No Makeup Selfies for Breast Cancer 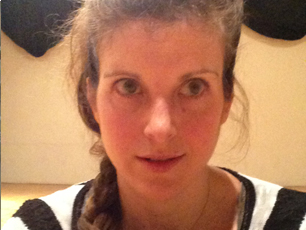 In order to raise awareness about breast cancer, a campaign has been launched where women take “selfies” of themselves with no make up on.  I feel torn about this initiative – Natalie Imbruglia style… and now I am cold and afraid, lying naked on the floor.  I need to get up and put some damn clothes on!

Let’s focus on the positive first.

1)   $3 million has been raised in just a few days because of this campaign!

2)   Encouraging women to support other women!

3)   Using social media as a way to give people a chance to be philanthropic!

I am not going to shit on any of those things, because that would be gross and uncalled for – especially when my toilet is feet away.  Yet here are my issues with this crusade.  For one, it is implying that taking a picture without make up is not only a brave act, but also a revolutionary one.  Sigh.  This is annoying for a variety of reasons.  Yeah some women are really committed to wearing make up, but there are also a shit ton who are not.  The idea that showing your fresh face is such a big deal to chicks is demeaning and immature.

Yet the feminist argument about beauty standards is obvious.  My bigger problem is that cancer is a $95 billion dollar industry.  We don’t need to raise awareness about cancer.  Everyone knows about cancer.  There is obviously massive profit to be made on this devastating condition.  I think we do need to raise awareness on the causes of cancer beyond genetics.  There are numerous environmental pollutants that also contribute to giving people cancer, and that is something we have control over.

Considering only 7% of the 85,000 chemicals that are in use today have been tested for safety, there is a lot that we should be concerned about being exposed to. There are many household items that are suspected of causing breast cancer including mothballs, toilet deodorizers, air fresheners, tainted mascara, pesticides, canned food, and parabens… which are in a LOT of beauty products!

The business of cancer is complex.  The companies that cause cancer invest in the very companies that cure cancer, and vice versa. Some companies that profit from cancer treatment drugs also produce chemicals that may also cause cancer.  All this is allowed because it is the way of the stock market.  Companies invest in other companies that are yielding high profits, and they make decisions that will also make their stock value rise – regardless of the hypocrisy.  The conflict of interest is obvious here, yet it makes perfect sense from an economic stand point.

There is also “profiteering” that takes place because big pharma companies hike up the prices of the medicine, sentencing many to death because they can’t afford the treatment they need. Ken Campbell from the UK charity Beating Blood Cancers told RT that drug companies often try and carry out a process known as “ever-greening”, where they try and make as much money on a drug before its patent runs out and it can be produced generically.

The stakes are so high when dealing with cancer treatment that corruption has leaked into the methodology.  Many alternative and natural procedures have been discredit by the medical industrial complex because it would interfere with their business model.  So if we are going to raise awareness about breast cancer, or any cancer for that matter, it is pivotal that the details are expressed and not just some oversimplified idea of “cancer is bad, make it go away.”

I am thinking of starting a campaign myself.  Who is ready to join me!

Previous post:
Am I an enabler, or as compassionate as a Buddhist Monk? Next Post:
Girlie Guns