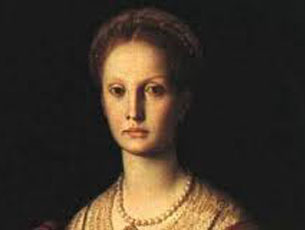 It is not everyday that your mother tells you that you are the direct descendent of a mass murderer.  Especially under the context of bragging to someone at a dinner party.

My Mom: “You know Toni is Hungarian – from her father’s side.  She is actually related to Elizabeth Báthory.”

Toni: “Who is Elizabeth Báthory?”

My Mom: “Oh you remember.  She was that famous countess who murdered hundreds of virgins to bathe in their blood to retain her youth and beauty.”

My Mom: “I have told you this before.”

Toni: “Well strangely enough I blocked it out.”

My Mom: “Well don’t worry, according to your grandmother it was all blown out of proportion because she was a protestant.”

I decided to do a little research on my ancestor, and I am not sure I am glad I traveled down this sinister path.  Here are some of my reactions to her Wikipedia:

“Elizabeth Báthory (1560-1614) inspired numerous stories during the 18th and 19th centuries. The most common motif of these works was that of the countess bathing in her victims’ blood to retain beauty or youth.  She has been labeled the most prolific female serial killer in history, although the number of murders is debated, and is remembered as the “Blood Countess” and Countess Dracula.

MOST PROLIFIC FEMALE SERIAL KILLER IN HISTORY!  Although I don’t exactly think murdering is a fantastic pastime, if you are going to go for it, you might as well be the best right?  And Countess Dracula sounds kind of badass.  But call me old fashioned – doesn’t wanting eternal youth and beauty sound a little vain? I would almost rather she murdered all those girls because they told her that her thighs were chunky.

“She was an educated woman who could read and write in four languages. There were several instances where she intervened on behalf of destitute women, including a woman whose husband was captured by the Turks and a woman whose daughter was raped and impregnated.  1578, Her husband Nádasdy became the chief commander of Hungarian troops, leading them to war against the Ottomans. With her husband away at war, Elizabeth Báthory managed business affairs and the estates. That role usually included providing for the Hungarian and Slovak peasants, even medical care”

Okay so she wasn’t all bad… She didn’t brutally slaughter everyone.  Reading and writing 4 languages! That is pretty impressive!  Not to mention that she had her own version of Obama- Care. Probably branded it “Báthory-Benefit for those I have yet to massacre.”

“According to all this testimony, her initial victims were the adolescent daughters of local peasants, many of whom were lured to Csejte by offers of well-paid work as maidservants in the castle.  Abductions were said to have occurred as well. The atrocities described most consistently included severe beatings, burning or mutilation of hands, biting the flesh off the faces, arms and other body parts, freezing or starving to death. The use of needles was also mentioned by the collaborators in court.”

“The exact number of young women tortured and killed by Elizabeth Báthory is unknown, though it is often speculated to be as high as 650, between the years 1585 and 1610. The estimates differ greatly. During the trial and before their execution, Szentes and Ficko reported 36 and 37 respectively, during their periods of service. The other defendants estimated a number of 50 or higher.”

That is a pretty huge discrepancy.  And who has the time to kill 650 people?? That is a full time job.  Your jaw would get exhausted from all that face biting.  650 seems like a bit of an exaggeration to me.  But even the low-ball number is still a lot of girls to kill.  This chick seems like kind of a cunt.

“László Nagy has argued that Elizabeth Báthory was a victim of a conspiracy, a view opposed by others. Nagy argued that the proceedings were largely politically motivated. The theory is consistent with Hungarian history at that time. There was great conflict between religions, including Protestant ones, and this was related to the extension of Habsburg power over Hungary. As a Transylvanian Protestant aristocrat, Elizabeth belonged to a group generally opposed to the Habsburgs.”

Okay Laszlo… I hope you are right because I am feeling pretty uncomfortable right about now.

“Thurzó debated further proceedings with Elizabeth’s son Paul and two of her sons-in-law. A trial and execution would have caused a public scandal and disgraced a noble and influential family (which at the time ruled Transylvania), and Elizabeth’s considerable property would have been seized by the crown. Thurzó, along with Paul and her two sons-in-law, originally planned for Elizabeth to be spirited away to a nunnery, but as accounts of her murder of the daughters of lesser nobility spread, it was agreed that Elizabeth Báthory should be kept under strict house arrest, but that further punishment should be avoided.  King Matthias requested that Elizabeth be sentenced to death. It was also determined that Matthias would not have to repay his large debt to her, for which he lacked sufficient funds.”

Well… this seems kinda shady King Matthias.  But she still did seriously get away with murder.

“During the trial, dozens of witnesses and survivors, sometimes up to 35 a day, testified. All but one of her servants testified against her, and the one who refused had her eyes gouged out and her breasts removed before being burned at the stake. In addition to the testimony, the court also examined the skeletons and cadaver parts found as evidence.”

Okay so it may not have been in good form for Báthory to savagely annihilate all those virgins, but seems like a pretty twisted society that would gouge out some eyes and cut her boobies off.  Maybe she wasn’t in the best of company?

“Three of the defendants – Semtész, Jó and Ficko – were condemned to death. The sentences were carried out immediately. Before being burned at the stake, Semtész and Jó had their fingers ripped off their hands with hot pokers, while Ficko, who was deemed less culpable, was beheaded, and his body burned. Benická was sentenced to life imprisonment, since recorded testimony indicated that she was dominated and bullied by the other women.”

What’s with ripping off hands and mutilating them?? Do we still do that?

“Báthory was never brought to trial, but her family had her imprisoned in Čachtice Castle for life. She was kept bricked in a set of rooms, with only small slits left open for ventilation and the passing of meals. She remained there for four years, until her death. On 21 August 1614, Elizabeth Báthory was found dead in her room.”

Okay this is all really awful.  But she just wanted to stay young and alive for eternity right? At least she had a purpose and wasn’t just killing for the fun of it.

“This legend appeared in print for the first time in 1729, in the Jesuit scholar László Turóczi’s Tragica Historia, the first written account of the Báthory case. At the beginning of the 19th century, this certainty was questioned, and sadistic pleasure was considered a far more plausible motive for Elizabeth Báthory’s crimes.”

Although my mom can flippantly say I am the distant spawn of this beast of a woman, I have to admit this is all quite disturbing.  I hope that Laszlo and my grandmother are right…. that this is all just a Protestant propaganda conspiracy theory.  But I am not so sure.  So to all those virgins who were murdered by the evil of Báthory’s hands… SORRY you were killed and SORRY you never had sex!!! 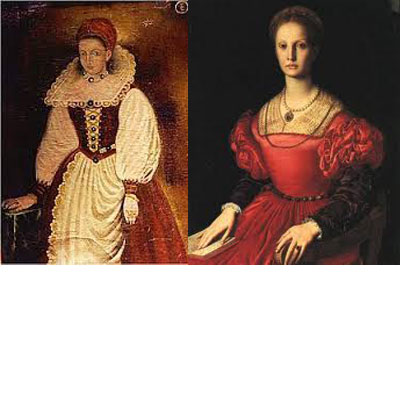 Previous post:
What Do you Pray For? Next Post:
You Spin Me Right Round Baby, Right Round