My Halloween Conundrum (HELP ME!) 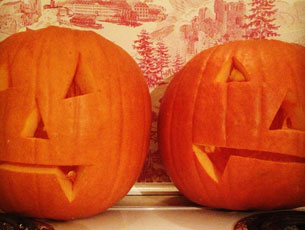 Halloween is coming up, and I am having a major existential crisis.  I know The Munch knows about Halloween, but there are a lot of details she is not aware of.  So far, all she is cognizant of is that people get dressed up in costumes.  Which is a great part of Halloween.  I am into that.  She wants to be a fairy, and she wants me to be a big Mamma fairy.  Fine.  I can do that.  But here is my problem…. The trick or treating….

Now if you know me at all by now, you know I am a little off the deep end when it comes to GMO’s, high-fructose corn syrup, hydrogenated oils.  I just can’t get down with it.  I can’t feed my kid that stuff – not only from a health perspective, but also from an environmental one.  I have done enough research to have a solid opinion on this.  I am not saying it has to be your opinion, but it fucking should because everything I think is right so get with the program okay?

NOT TO MENTION THAT HALLOWEEN CANDY IS MADE MY CHILD SLAVES!!! DID YOU KNOW THAT??? Read this article to find out more!!

So the thought of The Munch accruing an entire bag of GMO goodies, made by the hands of fetuses in Africa, is giving me an anxiety attack.  But at the same time, I also don’t want to deny her of this extremely fun childhood ritual!  I remember loving Halloween when I was a kid.  My mom would dress like the Ayatollah Khomeini and had baby Toni as a Werewolf and my brother as Dracula.  Or the time my mom was Mr. T and my brother and I were David Bowie and Boy George.  And of course when my mom was a giant baby with a bald wig, bottle and diaper while my brother and I were Tom and Jerry. It was fun times.  (And a great example of how insane my mom is!) I even kept it going until I was 16 years old!! But my friends and I were “too cool” to dress up, so when people asked us what we were, I just said “the cast of Beverly Hills 90210.”

And I LOVED candy as a kid.  I remember the trauma of my mom eating too much of my Halloween treats when I was at school, and coming home and discovering my Reece’s Peanutbutter cups were gone.  It was like the ultimate betrayal.  I wept over that shit and I was 9 or 10!!??  How do you think my 3-year old would react if I took all of her candy away! I think it would be the primal wound she would discuss in therapy until she was in her 70’s.

I have thought about getting organic candy and replacing the stuff she gathers.  But I really think she would notice the difference?? So what do I do?? Do I replace the candy? Not let her go this year? Let her eat the stuff that literally pains my soul and anally rapes the Jiminy Cricket of my conscious?  HELP!

PS this was my costume for the Halloween Party I went to this year… get it?? A COKE HEAD! 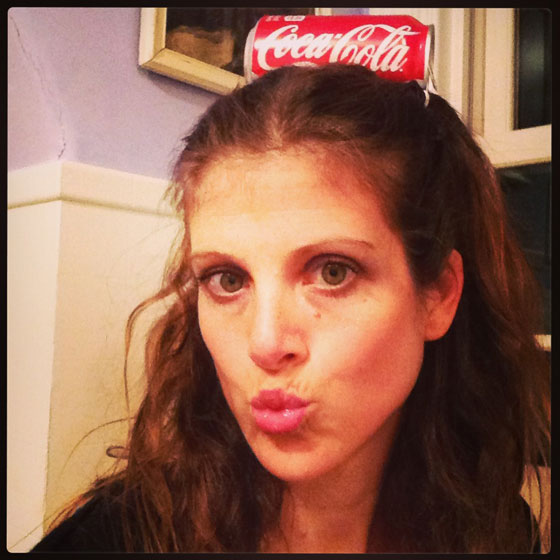