My First (and last) Male Stripper 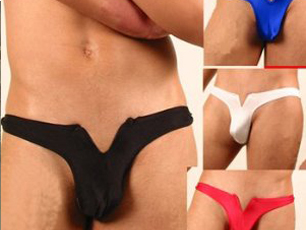 When I turned 18, my girl friends and I had an amazing idea.  We would hire a male dancer for my birthday party – I am talking about the naked kind.  Forget the fact that we were in high school and the rest of my friends were underage. Never mind that we had no actual interest in seeing a grown man’s wingy-ding – it was more the right of passage we were into. But finding a stripper wasn’t that easy in 1998, and we had nothing but the Yellow Pages to turn to. We flipped the massive book to the letter “S,” for number for “strippers” and called the first number we saw.

My birthday is on December 29, which is not only in the dead of winter, but also during Christmas vacation. (BECAUSE WE WERE IN HIGHSCHOOL REMEMBER?) A lot of people were on holiday with their families, which meant only 6 girls were at my house that day, and then 25 guys. Luckily no one really cared about the 4 to 1 guy to girl ratio because we were all just excited that I had 3 cases of Red Dog beer, but that did mean our guy friends would have to be hide in the kitchen when our stripper arrived so as not to distract us from our magic moment.
At around 11 pm my doorbell rang. I opened the door to my “stripper” and did my best not to allow any disappointment to show on my face. Allow me to take a moment to describe him to you. He was in his mid 30’s and wearing jean shorts that extended down to his mid thigh, but were also cut in strips all the way up to his crotch. So if you can imagine a pair of denim venetian blinds wrapped around his legs, barely covering his balls. He was wearing a white tank top under a black pleather jacket, and his hair was fashioned into a pretty sweet, feathered mullet. The mullet had a nice crispy curl to it because of the excessive use of unidentifiable product, which omitted an unidentifiable odor of floral chemicals. In his right hand was a boom box, and in his left, a bottle of body oil.
Toni: Uhhhhhh come in?
Since the guys were not exactly interested in having the life experience of watching an aging 80’s rocker take his clothes off, we closed the kitchen door and ordered them stay down stairs while us girls followed the stripper upstairs to the living room. I can’t say any of us were exactly excited to see this man naked, so it was more like the walk of tears up the spiral staircase.
Once upstairs we sat on the couch and looked at each other with apprehension as our stripper turned on his boom box and White Snake blared out into the silent room. He took off his shirt, and began gyrating violently, all the while asking who the birthday girl was – my friends eagerly pointed to me, as I tentatively smiled at his bouncing balls in my face.
He began pumping his pelvis towards me at an alarming speed, then took my hand, and gingerly placed it on his chest. I can still remember the feel of his 3-day old pectoral stubble and whatever lubricant he had lathered up his body with. Now keep in mind, we had really dressed up for our stripper and had gone through my mom’s closet. We were wearing some fancy expensive clothes of hers, which intuitively I knew she would not appreciate if covered in KY jelly. While reluctantly cupping this man’s slightly sagging breast muscle, it became painfully obvious to me that the one thing I really didn’t want to get on my mother’s designer duds was stripper grease – but I also didn’t want to be rude so I kept my hand their, soaking up his sweaty emollient.
Luckily, when Bon Jovi’s “Shot Through the Heart” came on, the stripper got really excited and released me from his grasp. Swept away my his love for the song, he started intensely fist-pumping while struggling to take off his shorts with his other free hand. We were then exposed to his red thong, which gently cradled his flaccid penis. Either we were not cute enough, or he had done way too much cocaine – but either way its lifeless state was noticed. Perhaps it was his sense of common decency, or maybe his fear of getting arrested, but by the grace of god the thong stayed on.
Our stripper continued to pulsate his genital region around us as we feigned interest and excitement. We didn’t want to hurt his feelings, but we also really didn’t want to touch him. His music kept him motivated as Motely Crue bled into AC/DC which was followed by David Lee Roth, Cinderella, Def Leppard, and into Poison… By the time we got to Whitesnake, he had worked up quite a sweat – which was being flicked into our faces every time he spastically moved his body, or whipped his head around. After a combination of perspiration and scented body spray flew into my mouth, I started to wonder if maybe I had just caught an STD.
Finally he tired himself out, and we all gratuitously thanked him for his time and talents. Let me just tell you that there is nothing sadder than watching a stripper collect their things to go. We tried to balance the awkwardness by talking amongst ourselves about how amazing that all just was, and I think he did a couple of lines of blow off my mom’s coffee table. We went back down stairs and released our guy friends whom we had quarantined in the kitchen; they asked if stripper experience was all that we thought it would be. It was… and much, much, more. 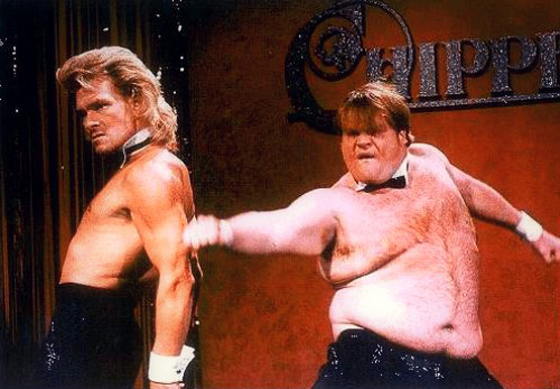