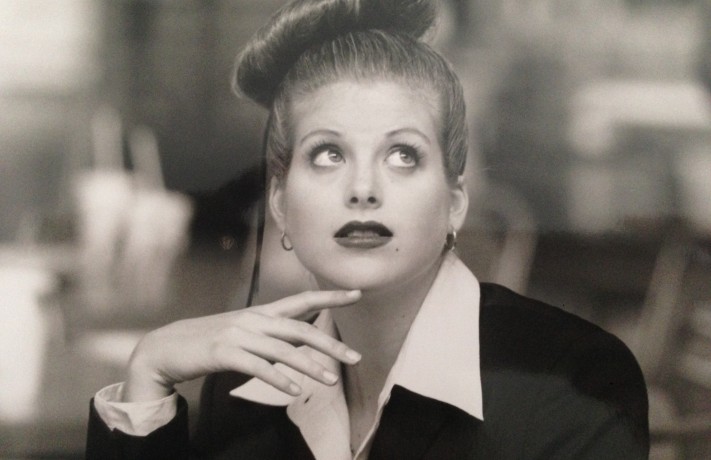 When I was a kid, my cousin was a child model. This made me think that maybe I should try it, because her smiling face in OshKosh adds looked so genuinely happy. I wanted to be complete like her. My mom brought me to an agency, and they sent me out on my first audition. It was for a Yoplait yogurt commercial, and I didn’t get the part. I think I felt pretty bad about myself, because it was my first experience with rejection. To comfort me, my mom said I didn’t get the role because “I was too pretty.” She was a good stage mom, but even I knew at 8-years old, that was a load of shit. I just didn’t have what it took to sell sour fruit flavored milk, and I knew it.

The first time I ever got approached by someone who was interested in me as a model was when I was 14-years old, and on a flight to Paris. It was one of those life moments that you never forget – maybe something every girl dreams of. A strange man coming up to you on a plane and asking “when are you going to get your braces off?”

I was 5ft 10 inches and skinny. So I had what it takes!!! All I needed was to get that torture apparatus off my teeth, and I was good to go! The modeling agent gave me his card, and my mom and I called as soon as my mouth was metal free.

We went down to Florida to get my “book” done. We were near Disney World, but didn’t have time to attend the magical kingdom because we were going to be too busy with the pictures. I remember this being a GENUINE BUMMER – which basically describes my maturity level at the time.

At the studio there was a make-up artist, hairdresser, stylist, fancy photographer – and they were all equally horrified by my chipped nail polish and lack of waxed eyebrows. They were so appalled, it was almost as if I had raped a kitten in front of them. They were also none too impressed when I wanted more than water for lunch. Thank god they gave me that lemon.

Once I was all dolled up, it was time to actually take the pictures. They would tell me things like “open your mouth slightly,” and “chin up – but face down.” I guess it was supposed to be fun to have all this attention, but it was actually a goddamn nightmare. The whole scenario felt contrived, and I couldn’t lose myself in the moment. I was way too self-conscious, and increasingly uncomfortable the more people stopped to watch. I didn’t want to pretend to want to fuck the camera, or the man behind it. I just wanted to play Super Mario Brothers.

My mom and I got back from the trip, and I expressed my disinterest. I moved on with my life, started smoking pot, and my friend got a Nintendo 64.

When I was 17, another modeling agent approached me. I was a little older and decided to give it another try. Maybe I would feel differently? Perhaps I would enjoy arching my back while getting really excited about lipstick shades. Anything is possible. Yeah… it turns out no. I couldn’t connect to the idea of trying to look sexy, and instead looked like I was constipated. They also told me I had to lose 10-20 pounds because I had “too much muscle” from playing sports.

I decided to stick with the sports because I wanted to be strong and have arms like Madonna.

When I was 24, I lived in NYC. Assuming my old age meant the end of any modeling career I could have had, I was surprised when a guy on the subway told me he owned a modeling agency, and that he wanted to represent me. We went through the same process, but much like before, I pretty much sucked. The idea of making my face look like I was ready to give a blow job to sell a leather coat made me feel like an idiot. Maybe if I was hawking dildos it would have made sense, but what does winter comfort have to do with my sticking my ass in the air? Again, I didn’t get very far, but I did get a coke dealer out of the experience.

When you overly identify with your looks, all your value is fleeting and superficial. It isn’t rooted in a deep yearning for existential growth, but the capacity to stick your tits out while still looking somewhat demure. It is a fine thing to do if you can get into it emotionally, but it isn’t going to feed your soul in any profound way. There is artistry to photography, and any muse for that is contributing to the creative process, but most times models are more vehicles for a corporate agenda. Maybe if I were modeling organic flax seed oil I could have gotten more into it. That stuff is really important for your digestive tract after all.

So basically my modeling identity was a disaster, and it was probably because I wasn’t attractive enough, skinny enough, or sexy enough. Or maybe my mom was right and I was just TOO pretty. You know, not everyone has what it takes to have a failed modeling career. 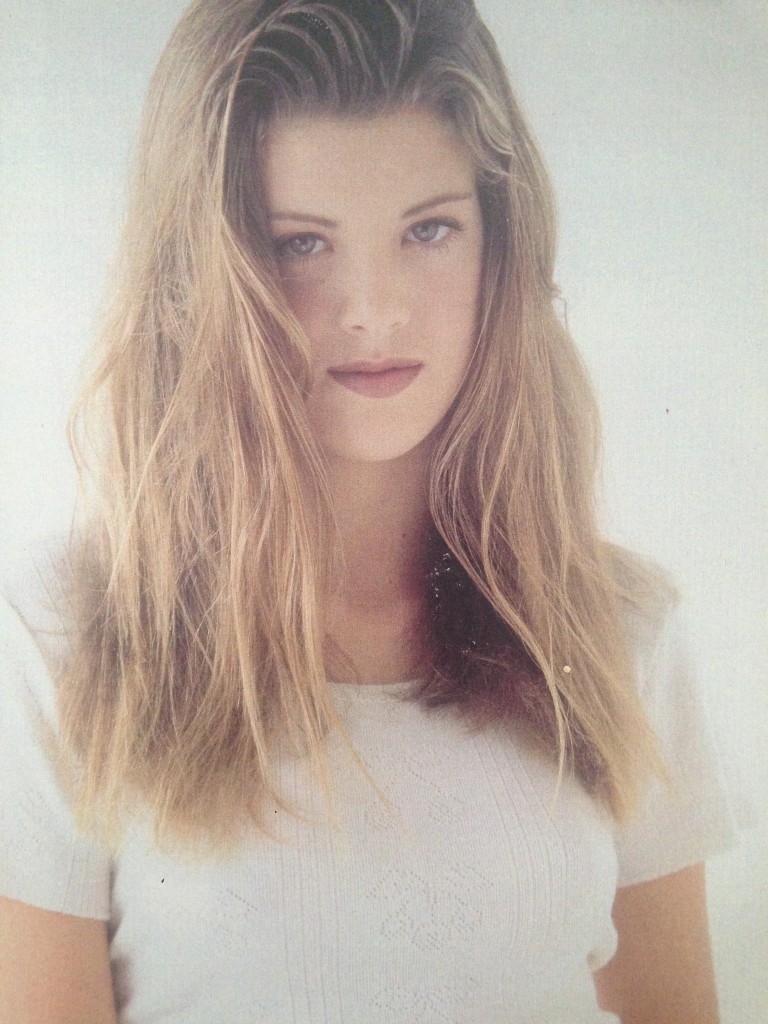 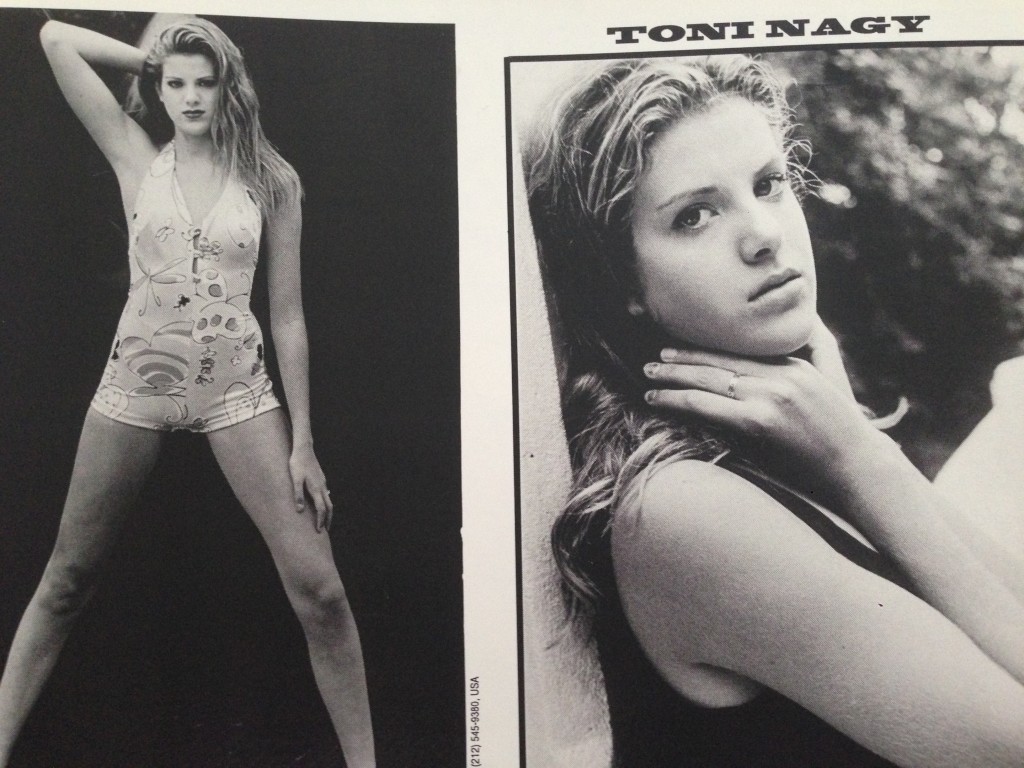 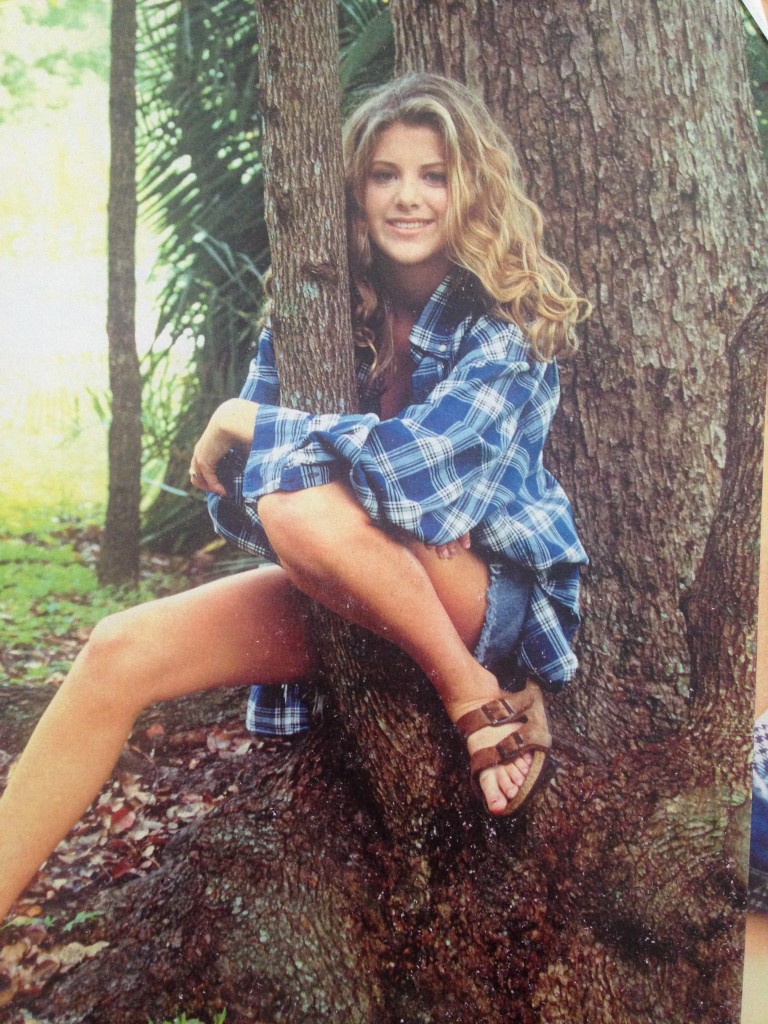 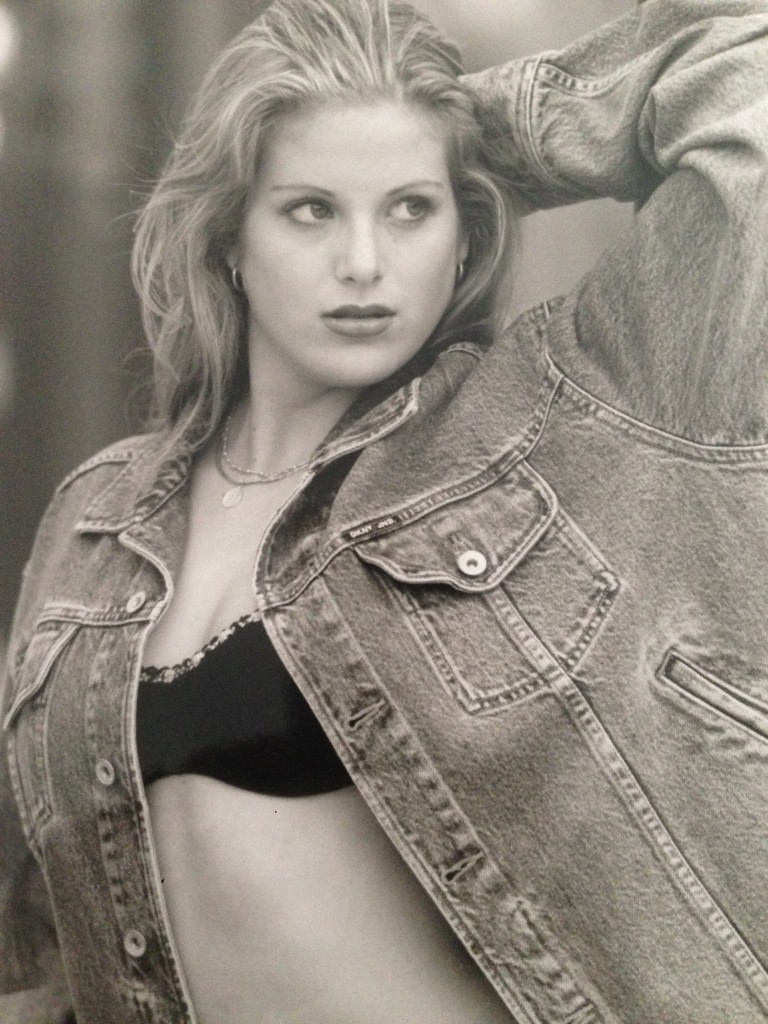 My body language here pretty much says it all. A natural I know… 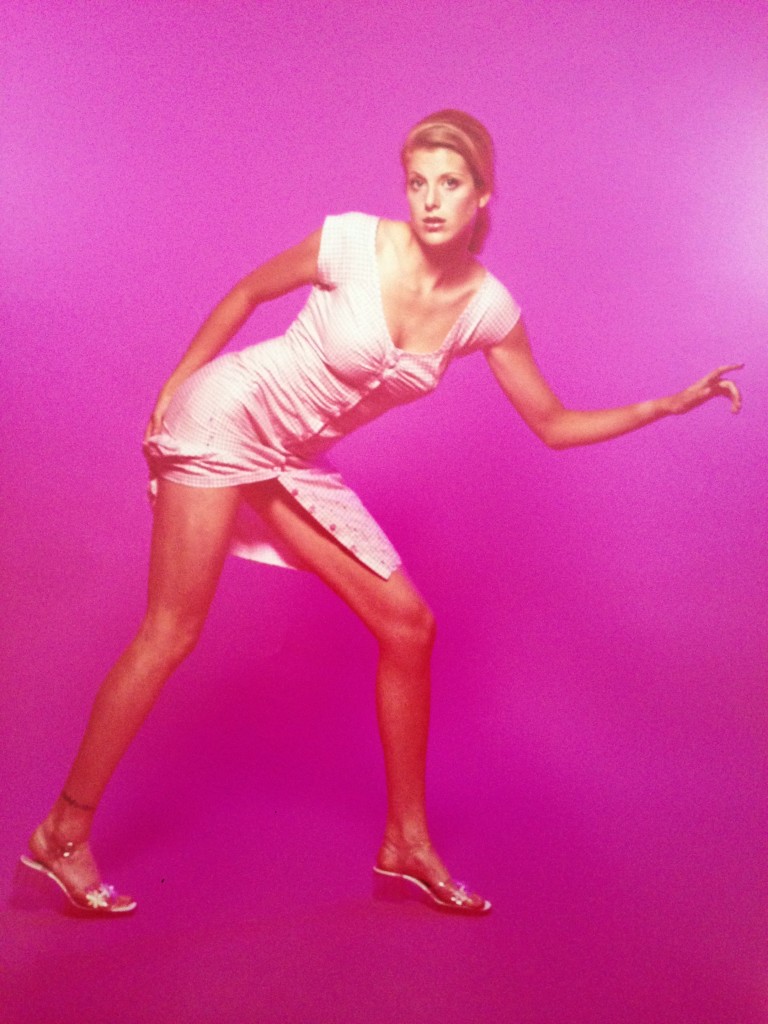 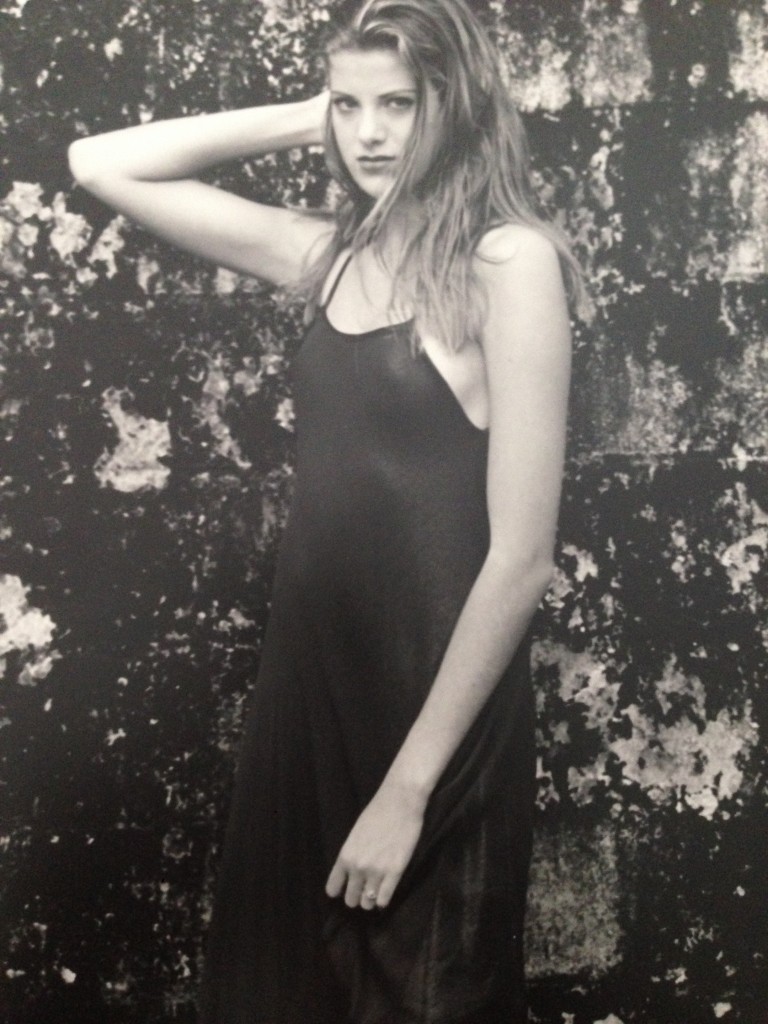 Here I am needing to lose 20 pounds… 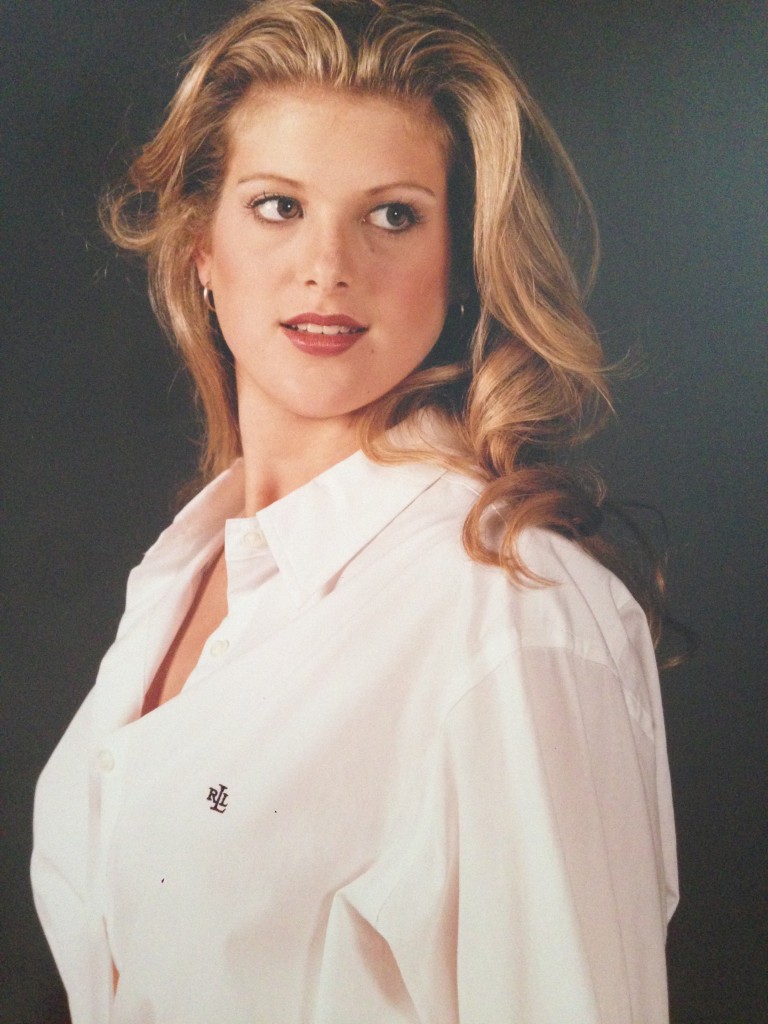 Can you believe I haven’t lost that weight yet? I mean look at how much extra flesh is on me! 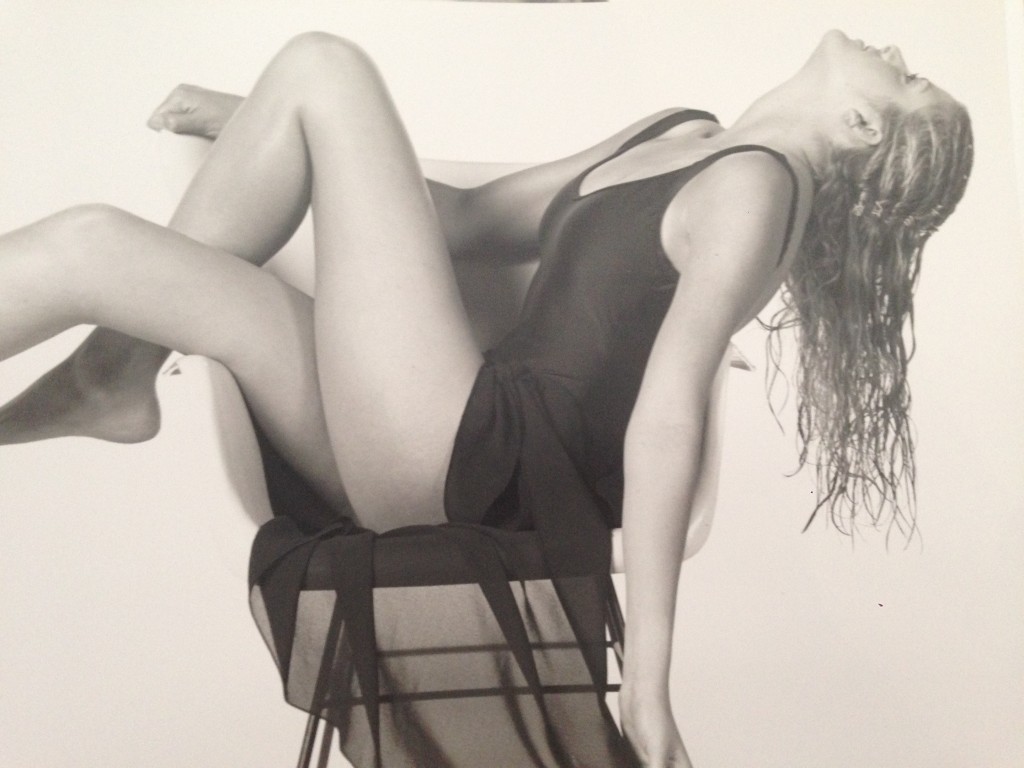