My Armpits Are a Political Statement 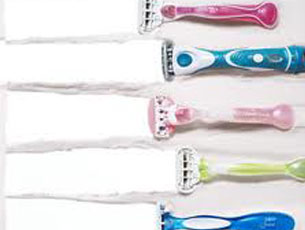 As a woman, shaving your armpits is actually a really big deal.  It is like the hair under your arms is a metaphorical vocal vagina, nestled away and roaring at the world of your feminist status.  If you don’t shave them, you are sending a message every time you high five that has serious moral ramifications.

But you know what world? Sometimes I just get lazy, and my razor is all used up and rusty, and I tell myself to get another one next time I am out but every time I forget.  And then months go by and all of a sudden I have a tuft of hair in my pit place that resembles a small Sasquatch.  These things happen.

So I was in this dance performance over the weekend that was a fundraiser for an arts program for kids.  Sounds wholesome enough right? I get to the venue and realize my costume is a leotard and tights.  I started to feel shy and self-conscious.  I felt like my armpits were going to take center stage, so I pulled the choreographer aside…

“Ummm yeah. Has your boyfriend left the house yet?”

“Unless you want my armpits to be making a political statement, do you think you can have him bring a razor?”

“Oh shit I don’t have one.  Mind is all gross and full of rust and hair.  I will just text him to bring his but tell him its for your legs though.”

Now it is not that I don’t want to be making political statements, nor am I afraid of identifying as a feminist.  You guys know me.  I am a feminist loving pagan worshipping Gaia munching priestess.  But I was embarrassed!!! I feared all these uptight people would be staring at my armpits dancing around  the whole time.  I would like to consider myself a self-possessed woman who doesn’t give a care what anyone thinks, but I have to admit, I was a little timid.

I finally got a hold of a razor and went into the public bathroom to shave them in the sink (because I am classy like that), and was followed by one of the high schools girls who wanted to see if they were really as bad as I said they were.  Now the saddest thing about this whole story  is not only the social pressure that totally broke my laissez fair armpit hair attitude, and subsequently my spirit and confidence as female, but also that I was too shy to ask a 17 year old girl to take a picture for my blog.  A really tragedy on countless fronts. 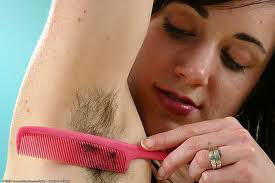