Men are Not The Enemy 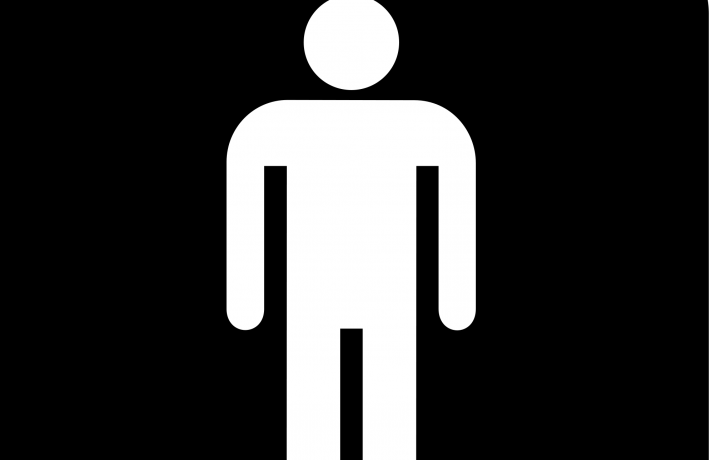 Ugh!! These #meetoo stories of sexual assault are fucking me up! Every single woman I know has experienced some sort of sexual violation in her life – EVERY SINGLE ONE!

With how many stories are being shared you’d think that all men are committing these acts of violence. Yet I feel like I know plenty of dudes that not perpetrators? Right guys? Maybe there are just some really prolific creepy dudes out there dispersing their rapey ways to a lot of victims? Perhaps for every ten stories women tell of some heinous behavior they all stem back to one inexhaustible dude. I want to believe the ratio isn’t as bad as it seems, and it’s more that shitty dudes are shitty to many women rather than most dudes are shitty.

I wonder what it feels like to be a man right now? How a man that has sexually assaulted a woman- but is regretful- feels when he sees these posts. Do they ignite his empathy? Or inspire him to reach out to the woman he’s hurt and acknowledge his actions? How does a man react that has abused women, but lives in denial about it? Is he becoming more indignant and hateful? Do these women revealing their stories of pain open his eyes to the hurt he’s caused, or just make them seem like whiney bitches? Or what about the man that has never been creepy but is dealing with the burden of gender responsibility? Is he feeling defensive of his male counterparts, or horrified by their actions? I guess I understand that last guy the most because I do live with the guilt of being a white devil. But still, it can’t be easy to have a dick right now.

I keep hearing arguments of people wanting to excuse the behavior of sexually deviant men through the lens of biology. This pervasive sentiment of, “Yeah it sucks, but that’s the way men are so what can we do about it?” attitude. This type of thinking is predicated on the assumption that because men have exterior genitals, bouncing around on their thighs all day begging to be burrowed in some hole, that they are going to act out sexually as a consequence. Because of this anatomical condition of “dick needing to be satisfied,” these men can’t control their sexual urges. So of course when your face looks like a shoe and you finally have some power to exploit, you’re going to try and fuck Gwyneth Paltrow. These things happen.

I feel like there are a lot of holes in this logic. Now, I’m not a historian or anything, but I think men have a much greater predisposition to kill not rape. We didn’t evolve from a “raping and gathering” society… but a “HUNTING and gathering” one. Hunting is much more engrained in the male DNA then raping. For thousands of years men killed the shit out not only giant animals like Wooly Mammoths, but also that dude Zog from the neighboring tribe that looked at you funny from behind that rock and because you can’t speak to each other besides grunting – fuck that guy. You don’t know him. You’d spear the shit out of Zog and then continue with you day. There were no lawyers or murder trials in the early days of human history. Accountability for homicide didn’t happen until the ancient Greeks 2,500 years ago. Before that, you could kill anyone you wanted or deemed a threat, and then go home to your cave and eat supper.

Yet I don’t here people saying in murder cases, “Well, men did evolve to kill, so they just got that blood thirst. Let him have a few sips.”

We have a pretty clear expectation that men should not kill people (unless of course you’re fighting some government provoked war to expand our Empire, or if you’re a police officer killing an unarmed black man. But let’s not get lost in semantics). There is a pretty obvious expectation to not kill each other; even though biologically killing is how we advanced into the species we are today.

The other problem with justifying rape culture with the rational, “this is the way men are,” is the very wrong assumption that men like sex more than women. Nope. Not true at all. Just because my genitals are tucked in like a suitcase and not flopping around in front of me, doesn’t mean I enjoy or want sex any less than a man. In fact there were plenty of nights that I went out of my house with the sole purpose to find sex. Yet not one of those evenings consisted of me trying to cup a dude’s balls without his consent, or batting his dick around while he was trying to order a drink.

Men aren’t rapey because they have testes, or because they like sex more. Men are rapey towards women because they view women as objects. They see women as pussies, not people. The patriarchy has insisted women are property to be taken care of by men for thousands of years. Just because we started working and voting a few decades ago unfortunately doesn’t take away that branding. When men treat women like sexual playthings invented purely for their own pleasure, (and care nothing of the pleasure or interest of the woman), it stems from a dehumanizing process that has been in place for millennia. But we can’t confuse social systems with biological imperatives. Just because it’s been this way, doesn’t mean it has to be. This conditioning is a consequence of learned behaviors, not inevitable ways of being. Just like men learned not to enslave people, they can also learn not to rape them. It’s a matter of shifting the consciousness.

But men are also rapey towards other men and kids. Now what’s that all about?

Now since I’ve never sexually assaulted a person, so I admit, there is a lot I don’t know about the impetus. But is seems to me that the other person NOT wanting your advances is part of the turn on. The fact that you’re doing something they don’t want, but you do want and you’re getting away with it, is part of the rush. That power you have over them fuels the desire, and is only enflamed by knowing you’re taking advantage of someone weaker.

Again I think this has to do with socialization. Men have been in power for all of written human history. Power is a part of the masculine identity. Wanting power over another person is the foundation of most of the systems that rule us. Governments and capitalism are built on power over others. This is the social structure we’ve developed, so of course it’s going to get played out sexually. Sexuality is a reflection of culture, and in case you haven’t watched the news in your life, the world is a pretty ferocious place full of people seeking power over other people.

The concept of wanting power over others is rooted in the structures that we’ve come to accept of how society functions. Until we develop a more cooperative system that is not top down, but rather a collective community of equal and shared responsibility, chances are there are going to be plenty of individuals mimicking the energy at play. If we live in a patriarchy run by a few wealthy men who suck up the majority of the earth’s resources for the benefit of the elite, we’re going have some rapers out there raping people. Yet when we open our minds to a new social structure that isn’t run by the tyrannically forces of the oligarchy and instead honors the need for global collaboration, then we’ll most likely have a hell of a lot less rapers.

One of the most functional societies in the animal kingdom are ants – and they don’t have a boss bossing them around all day. There is no king, just a queen farting out babies. Ants don’t have a top down colony; they work together as equals and are the most efficient creatures on the planet because of it. When you have a “leader” as an organizational structure, that leader has to constantly re-enforce his power. The “alpha male” of the monkey species doesn’t just chill all day eating bananas. Nope. He has to remind everyone he is the fucking king all day by beating up scrawnier monkeys and trying to fuck all the ladies. That sounds exhausting. Most of the time spent being a leader is reminding everyone that you’re the fucking leader because the second anyone has a moment to think about it, they’re like, “hey this sucks, what the fuck?” Then the leader tries to kill or fuck someone and they’re like “fine whatever.” But the last time I checked, we’ve evolved quite a bit from the monkeys we came from, so maybe we could re-think this way of organizing ourselves. Just like we can change our minds and decide that we actually do like goat cheese, we have the power to change the way we think. So even the rapey dudes out there could become less rapey, if even not rapey at all.

All men are not the enemy. There are lots of men that want the same changes in society that women do, because they too feel the insanity. There are even men that have fallen into the traps but are beginning to see the error of their ways, and are trying to get out. We got to pull those dudes up! If their arms are extended, grab one! We have to be flexible to the possibility that a lot of this horrible behavior they wish they hadn’t done too. If we are open to forgiving them, maybe they will be more open to apologizing and changing?

But of course there are going to be some guys that burrow deeper into the cave of darkness trying desperately to hold onto a past paradigm. They will dig their heels in and believe that women deserved whatever tragedy had befallen them. They will continue to commit acts of misogyny and violence again and feel totally justified. They will champion men, and further denounce the rights of women – hence the every growing men’s right’s movement. And to those guys… ummm… hmmm… wow…. Lemme think… Jeeze… Good luck to you, and may the best man win.