Maybe I’m not a total failure after all?

In this age of social media where we’re constantly seduced into comparing our lives to the glorious existence of others, it’s easier than ever to feel like a total failure. If it weren’t for Facebook I wouldn’t know that a kid I went to high school with was now a U.S Representative and probably going to be president one day while I’m watching his speeches about health care stoned in my sweatpants. Forget the fact that he’s a Kennedy, he knew what he wanted out of life and pursued it with focus while I’m busy thinking how I should start micro-dosing mushrooms because then maybe I’ll come up with more vaginal related humor.

I try not to envy others because jealousy is one of the most useless emotions. It doesn’t motivate me but rather traps me in a cage of my own insecurity and all I can do is feast off the flesh of whatever carrion the zookeeper of my psyche nonchalantly tosses at me. I grew up in a very competitive environment living in a Harvard Dorm as a child, and then going to a private school where kids were having panic attacks in the 5th grade because they feared an 85% on their spelling test meant they weren’t getting into MIT and only getting into Brown would cause deep shame to their family.

I was used to competition and probably even felt it was healthy. It wasn’t until I drank ayahuasca in my 20’s (of course that happened) that I realized my competitive nature was part of my dis-ease. The medicinal vine showed me that comparing myself to others was what was holding me back emotionally in life and an energy I had to address. From that moment forward every time I felt myself comparing myself to someone else, either to feel better than them or worse than them, I would send that person loving kind energy. You should fucking try this sometime because it actually works. The minute you feel the impulse stop yourself, send them some love, and move on to the next thought. Don’t worry – you have thousands up there, like being curious if white supremacists worship albinos. I HAVE TO KNOW!

Yet even though I developed this practice to stop me from comparing myself to others, I still have all this competitive energy socialized into me. Because I’ve been so committed not to direct it towards other people, its morphed into competing with myself. I think this is mostly okay, but also means that I’m always striving towards something in front of me. No matter what I accomplish, I’m then already focusing the next goal. I’m like one of those horses in a race chasing a fake rabbit that will always be a few paces ahead. I run faster and faster, frothing at the mouth hoping to catch up with a dream that is unattainable because I’m not meant to reach it. Okay fine, that’s not a great way to be either. Whatever no one’s perfect.

Everyone always tells me I have to enjoy the journey because the journey is all we have. Yeah, yeah, yeah, the stupid journey. Don’t get me wrong, I believe this to be true, it’s just hard for me. I try my best to have patience with myself and realize that there is no destination because the place I’m trying to go will always change. I can’t reach the horizon because it actually doesn’t exist. It’s just an abstract line in front of me that will always move farther into the distance. There’s no point in stressing out about my lack of success because I’ll probably always want more. The best thing I can do is to accept that truth, and appreciate the process. I’m trying. I really am. Some days are better than others, but there are moments where I can actually feel this peace of mind and not just pretend I do.

But what is success really? The way I measure success is through my work ambitions, but is that a metric I should be using? Aren’t there other ways to track success beyond the recognition of the economic marketplace validating your effort? Is my obsessive determination to quantify my artistic self my only worth? Of course not, even though it can feel that way for me.

What I realized about myself recently is that all the parts of myself I value the most are the most conventionally “masculine” aspects of my personality. I respect that I work really hard, that I’m driven, that I don’t have emotions, that I rarely cry, that I’m hyper rational and argue like a corrupted corporate lawyer. It’s rare that I look at my more feminine qualities and honor them as part of my success.

YOU GUYS!! DID YOU HEAR WHAT I JUST SAID? This is so humiliating to admit? I secretly worship my inner male and cast aside my inner female? Me?? The womb worshipping witchy woman? How can this be? How insane is it that a rabid feminist that gnaws at the heels of the patriarchy is still so internally ruled by it. I never feel pride about my more “feminine” successes. They are not a part of my self-esteem. In fact, I barely even notice them. So how can someone like me, who so openly honors the feminine in others, disgrace it in myself?

When I confessed this to myself I was overcome with confusion. My whole life’s goal has been to venerate the metaphoric vagina in all of us. I believe the feminine aspects of all humans have to be penetrated into culture. Society has been ruled by the so-called “male” for so many thousands of years and we’re obviously out of balance. I’m not talking gender binary because gender is a fluid spectrum every person experiences. I’m talking about how society has defined, boxed in, and co-opted our understanding of gender. Whether we identify with gender or not, the gender stereotypes exist and we’ve been over valuing the “masculine” since the dawn of the patriarchy.

If I’m going to self-righteously preach the glory of the feminine and how we need its influence, I also have to apply this rhetoric to myself. Isn’t it time I de-program my vision of success through this masculine financially based model and look at what I’ve accomplished that isn’t quantified? I may be an economic failure, but that doesn’t mean I’m useless. For the first time I looked at my life and proclaimed to myself that my greatest success has been being a mother.

I know. I just said that.

This may be something many women feel, but it was never something I felt. It didn’t even occur to be to see my mothering as a success. First of all, my life is my writing and that’s not funny content to write about – no one wants to hear about that. Can you imagine if my blog was just a series of humble brags about how much I loved my kid and what an easy time we were having? Boring. Snore. Blah. Makes me want to barf. But the truth is, that I’ve done a pretty fucking great job raising my kid, so much so that I can barely write about her anymore because she’s just so damn delightful. We have very little conflict, she’s wonderful to be around, I really enjoy her company, and our boundaries are super clear. I don’t feel like I even have to parent The Munch right now. I ask her to do things and she just does them because we have an understanding of how to best live together and there is mutual respect. The Munch is more like a roommate than I kid that I have to constantly monitor their behavior. I mean just writing this paragraph kind of made me gag, but I’m trying to hold back the bile.

I’m sitting with this. I’m doing my best to let myself feel the success in my mothering and just not feel like a total failure for one day of my life. Sure most of the things I apply to reject me. Yeah I prostitute myself on the regular for “likes,” “comments,” and “followers.” Yes I spend everyday desperately trying to make myself culturally relevant in an artistic world oversaturated with talent and content. That’s all still true and can eat away at my soul like a raccoon at the dump of trashed self-confidence. Yet I do have this one gem in my life – this little person I’ve influenced that is not an asshole. That’s got to count for something right? 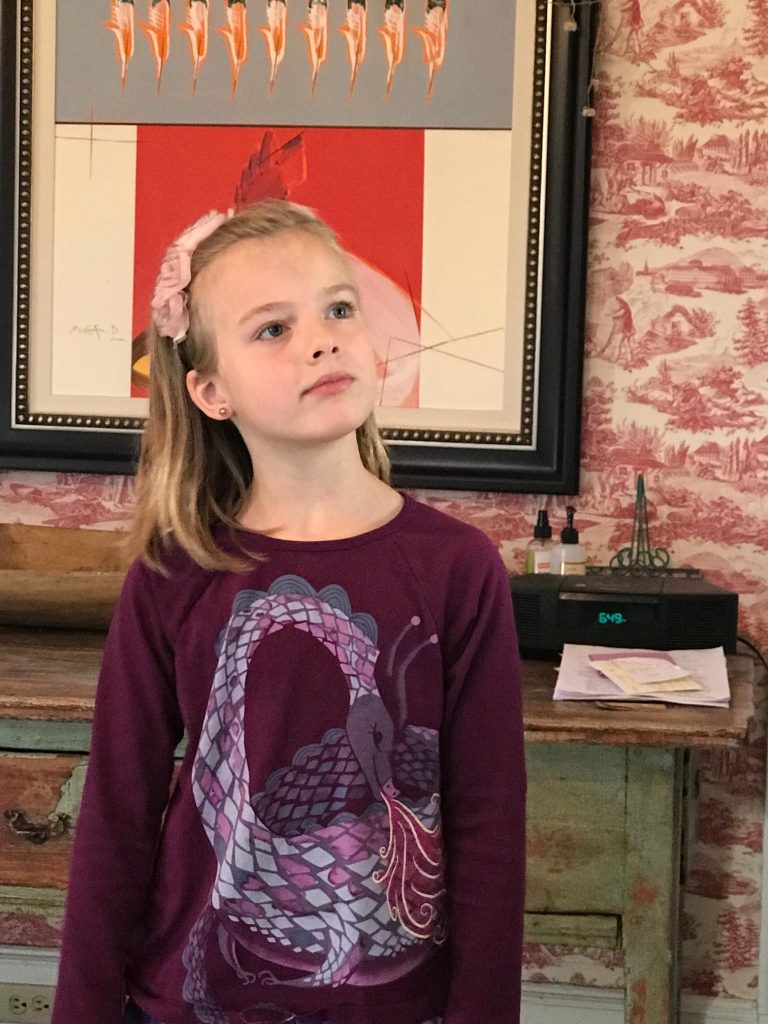