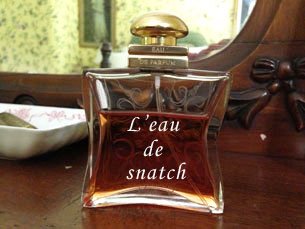 Beauty is a huge part of a woman’s existence.  Women feel bad about themselves when society doesn’t deem them beautiful, but they also feel sorry for themselves when they are too beautiful and prejudiced against.  Chicks are so often defined by their appearance that no matter what the circumstance, there is always something to complain about.  Beauty, or lack their of, is ultimately an objectifying force because it will forever be a descriptive to your identity.  “I am the pretty girl” or “I am not the pretty girl.”  But why can’t you just be that girl who has dope personality and a nice warm gooey vagina that men want to bury their penis in?  Is it just men who make us feel like beauty is everything, or do we also do it to ourselves?

Where the tragedy lies is how women who don’t feel attractive enough also sometimes feel invisible to the world of men.  Dustin Hoffman who was recently interviewed about his role in the movie Tootsie, opens up about how hard it was for him to realize that plight of the woman.  He describes that when he was preparing for the role, he wanted to make sure he passed as an actual woman, so he took his costume to the streets to see how he was received.  And even through he was seen as a woman, he was not revered as beautiful.  In his heart he knew he made an interesting woman, but he also knew so many men wouldn’t get to know him/her because he wasn’t conventionally pretty.  And his own angst bled into the fact that he had to realize how many women he looked over and never approached because of his own biases and superficial impulses.  “There are too many interesting woman that I have not had the chance to know in this life because I have been brainwashed,” Hoffamn said through tears.

Take another example of tennis player Marion Bartoli winning the Wimbledon Women’s championship and having a BBC on air presenter say “Do you think her dad told her when she was little ‘You are never going to be a looker? You’ll never be a Sharapova, so you have to be scrappy and fight.’” Okay this comment is idiotic for so many reasons.  For one, it is not like Sharapova won matches with her perky tits and flawless facial features.  She didn’t use her pout to ricochet the ball to the other end of the court.  Her ass didn’t serve, or hit volleys.  She played tennis well, just like the other lass Bartoli.  For this guy to imply that looks have anything to do with capabilities as an athlete is ridiculous, and by doing that both these woman are being subjected to the concept that their beauty either makes them better or worse as people.

The focus on looks doesn’t only reside within the cultural standards, but also within our own heads.  And maybe that is because as women we are socialized to care about our beauty because we think that is what men want from us.  And maybe we are conditioning our men to be attracted to the beauty we find beautiful? Do men really care if a woman is conventionally beautiful from a biological primal perspective, or are they drawn to standard attractiveness because they want to be admired by other woman?  Like I am the man with the hot woman, don’t you other woman want me more as a consequence because I am so desirable?  Do woman define the beauty standards or do men?  Maybe as chicks if we had a more flexible definition so would the men.  Maybe us women are holding on just as tight to these oppressive standards?

Okay but this is not new to you.  You all already know this bullshit.  Both men and women are totally brainwashed when it comes to beauty and the question isn’t is this happening, but what can we do about it.

Well I think I have the solution.  According to this documentary called “The Science of Sex Appeal” a woman’s copulins has an extremely powerful effect on men.  If you are not sure what I am talking about, copulins are hormones/chemicals secreted by a woman’s vagina.  In this experiment, scientists created synthetic copulins for men to inhale while looking at pictures of women.  So just to be clear, scientists took the time to develop a scent of cootch, that they then bottled and administered through a gas mask sending the aroma of pussy directly into these guys’ noses.  Yes.  That really happened.

But the findings were fascinating.  While these men were inhaling the fragrance of a woman’s front bottom, they were unable to distinguish between conventionally attractive women and less attractive women.  Yup.  So while guys are wafting on twat, they think all women are pretty damn sexy.

So I am developing a fragrance called “L’eau de Snatch” for the ladies.  By smelling like muff you will be sure to attract men because ultimately all they care about is crawling into your love pocket. 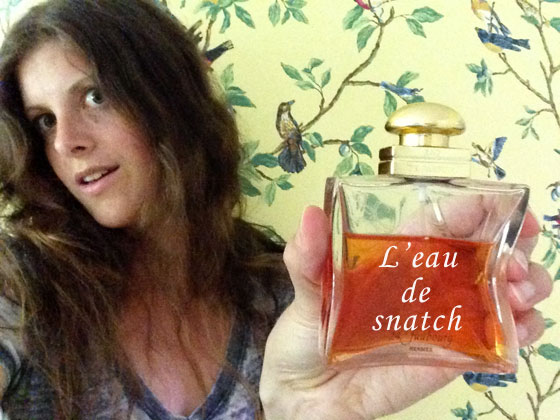 Previous post:
Don’t Make Me Look Bad! Next Post:
It’s Okay To Be in a Bad Mood, But You Don’t Have To Kick Me In The Head