Sometimes I like to sit around and think about how my parents totally fucked me up. I just find it relaxing.

You know, on those cold fall days where I’m questioning my existence and wondering if my life is simply a series of failures – I quickly shift my focus to how my mom and dad made me the nut case that I am today. See… it’s all their fault.

My dad has a thing with death. It makes him REALLY uncomfortable. Probably from being raised Catholic. He just can’t deal with the thought of death because it is too painful. Perhaps it makes him think of the existential quandary of heaven and hell, and that we’re all going down because we’ve masturbated? I don’t know! I’m not in my dad’s head okay! (At least not any more… I only shot through there super fast on my way out of his balls). I digress!

So when I was about 8, my Dad and I went to our country house and came across 15 baby mice corpses. Now you can’t just leave carrion in your house – because the bodies will rot and begin to smell. My mom would NOT approve of decaying flesh polluting her home. We HAD to dispose of them. At least one of us did.

Sure my dad was the adult, and I was the child. One would assume he would swallow his fear, and deal with the DEAD BABY MICE rather than making his 8-year-old daughter do it. But you see – he didn’t want to pick up the small pink carcasses. Instead, my dad told me he would pay $20 for everyone I got rid of.

Now I am not saying I sold my innocence that day, but I am saying I bought a lot of She-Ra dolls after that weekend.

Because my dad was so traumatized by the idea of death, he never wanted me to have animals. Not because he didn’t like them, but he liked them too much! When I wanted to get a dog I had to leave a puddle of tears in my Dad’s office to convince him. He just stared at the wetness on his floor and finally acquiesced.

Once I had my dog Fiona, I wanted to get another pet. I loved pets! They were my friends!! So I got a hamster! Yayyyy! More furry things to love!!!!

But one night while I was sleeping in my bed, I heard all this commotion underneath me. I turned on the light and realized my hamster had somehow gotten out of the cage. I then looked under my bed where all the turmoil was coming from, and realized that Fiona was in fact killing my hamster.

I ran into my parents’ room.

Toni: Mom! Dad! Fiona is under the bed killing my hamster.
My Dad: Well, it’s all your fault. Deal with it.

I am not sure who ended up disposing of the body. I’m pretty sure it was my mom, because she is stronger than all of us. All I remember is sitting in my living room as the sun came up, holding my dog, and thinking I was to blame for the murder of my hamster.

But I love you dad!! It’s your birthday today, and your sensitive heart is as pure as gold. You also let me get a bird… and cried at her grave when she died!! It is the way of the Nagy’s to weep mercilessly and lament at all animal death and suffering. 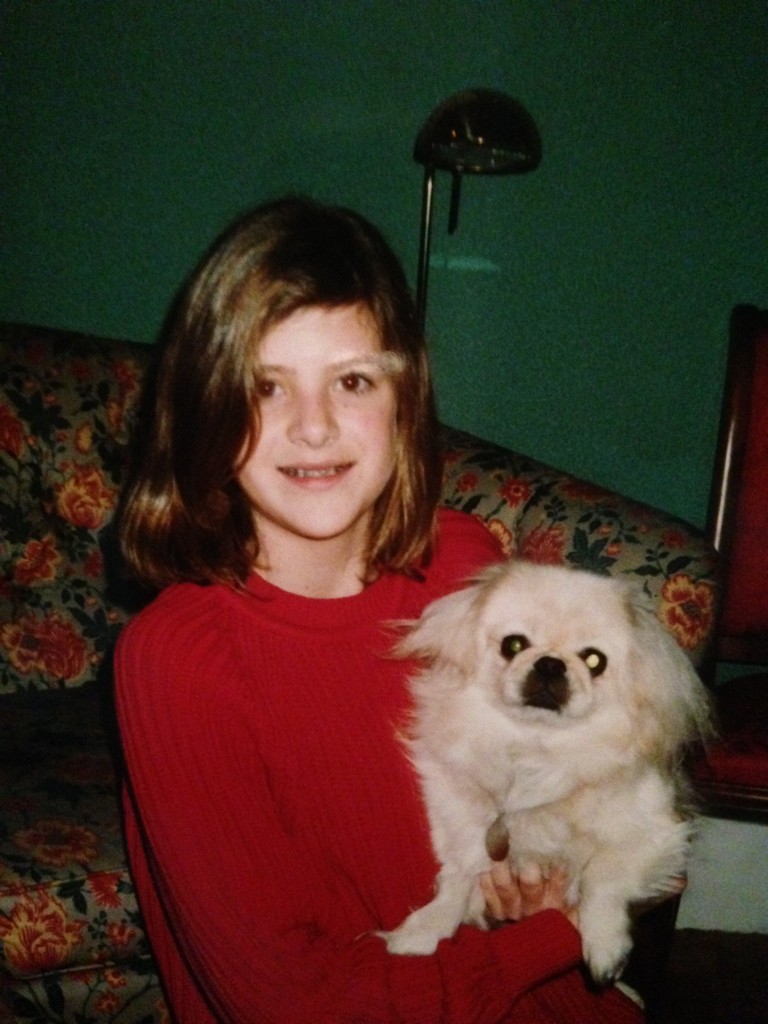 Previous post:
Did “Back to the Future” Predict 9/11? Next Post:
How Do You Treat People When You’re in a Bad Mood?