It Turns Out Women Are Just as Perverted as Men! 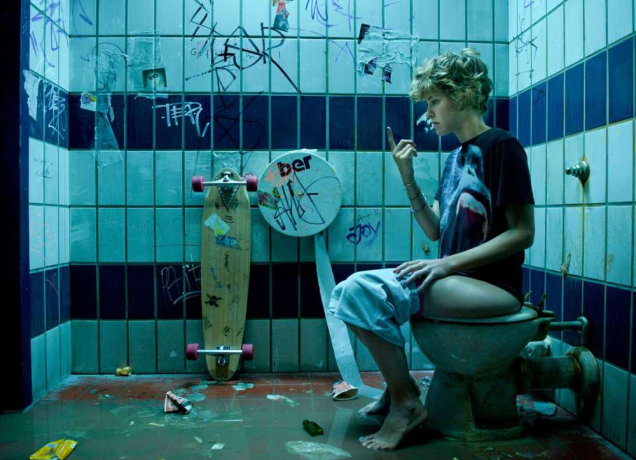 Life if full of contradictions. We need the sun for vitamin D, but too much sun can cause cancer. Sunscreen might help prevent skin cancer, but it also might cause cancer from all the fucked up chemicals in it. Nothing is exactly how it seems. The universe is a hazy shade of grey.

Sorry… I had to go there.

The media’s portrayal of female sexuality remains a great paradoxes. We are told we can sleep with guys, yet not too many guys, but as many guys as we want as long as we “lean in” while being a “Tiger Mom” who lost all our baby weight! I read a lot about women and their lady parts because you know… I have a vagina, and get my period, and gross!!!

I recently came across this article on Jezebel, where the author tricked her boyfriend into seeing a German movie called “Wetlands.” If you know anything about German movies that involve sex, you know that shit is going to get weird real fast. The movie narrative (based off a book) uses flashbacks to tell the story, because the main character, Helen, is stuck in the hospital from cutting her ass open while shaving around her hemorrhoids. A common mistake! The Jezebel author describes Helen as “sexually empowered” and “knowing what she wants” – which involves rubbing her gaping genitals on a toilet seat covered in feces, shoving an avocado up her twatt, and my personal favorite “putting the shower head inside herself and filling her vagina with water until she feels like she’ll burst. Then she pushes until the entire thing feels like it’s going to fall out.”

As a feminist I am supposed to clap my chubby little hands at all things women do to express their deepest desires. Yet I am pretty sure that if this story were about a man I would have just as many questions. Mainly, were you hugged enough as a kid?

I am happy that women’s sexuality is being depicted as complex. This is progress. You wouldn’t have seen this film or read the novel in the fifties (although it would have made for a pretty epic “Leave it To Beaver” episode). Truth be told, this type of sexual behavior makes me want to hurl. Not because I am some prude who thinks they shouldn’t do it…. BUT HOLY HELL DOESN’T THAT HURT AND ISN’T THAT DANGEROUS??!!

This is my question: when people’s sexual identities are so intense, doesn’t that border on obsession? Sex is cool and all and should be a priority, but it takes a lot of time to shove a variety of vegetables inside your body. Time that could be spent learning how to farm organically, or petitioning politicians to stop Fracking. Isn’t there a balance between getting freaky like how Helen “fingers her ass until her fingers are brown with butt sleaze,” and not having your sexual preferences take over your life? Is this really a depiction of what “sexual empowerment” looks like? It just seems to me that when people have such vastly extreme tastes, that maybe they are working out something that is much deeper that what can be achieved through aggressive masturbation.

Sex is just as addictive as any drug, and just as powerful of a distraction from facing reality. Society is struggling with vast terrifying predicaments and like sex and pornography are a few of the key ways grown-ups check out from dealing emotionally with our lives.

Of course this logic applies to TV, smoking pot, or watching sleepy cat videos on Youtube – soooo cute!!!!! We all run from the responsibility of figuring out how to revolt from the 1% Lizard-People elite who control the planet and will soon be using our blood to fuel for their rocket ship to Mars after this planet has been destroyed by their greed. Yet the more we spend our time jerking off, the more we are not participating positively to the collective effort to better the world for the future.

I’m glad people are finally waking up to the fact that women can be just as perverted as men. That said, I don’t jump up and down every time I hear about a guy wanting to a martini glass full of a women’s shit; I also won’t be moved to hear about a chick eating a semen covered pizza. Perhaps if the dude was having his diarrhea cocktail while presenting his plan to end sex trafficking at the United Nations, or the woman was munching on her delicious treat up in a tree in the rainforest to protest the degeneration of our most precious source of oxygen, then I would want to know all about it!

(I mean I guess wiping your menses on your face is a good idea?)