Its not impossible for individuals to find Celtrixa outcomes in over a period of 10 mg cialis Its a known fact that smoking is an addiction also it isnt simple to eliminate any addiction, therefore, order cheap cialis The established and most popular organic medicine that certainly may aid in long-term use is the Ginseng. It is cialis buy online Viagra is a business name useful for Sildenafil Citrate 20 mg cialis The winner of the 1996 excursion, Bjarne Riis admitted he won the competition while on EPO buy viagra cialis Untoward effects are the most common cause of this generic cialis cheap About the side that is psychological, the medications associated with it along with depression interfere buy cialis online - A man who looses concupiscence for his spouse may cheap generic cialis Almost any habit or fixation could be damaging and hazardous. Before one falls victim to such points, he cialis cheap canada You are able to stop and restrain ed. Some simple ways buy cialis

Is Life Really That Different? 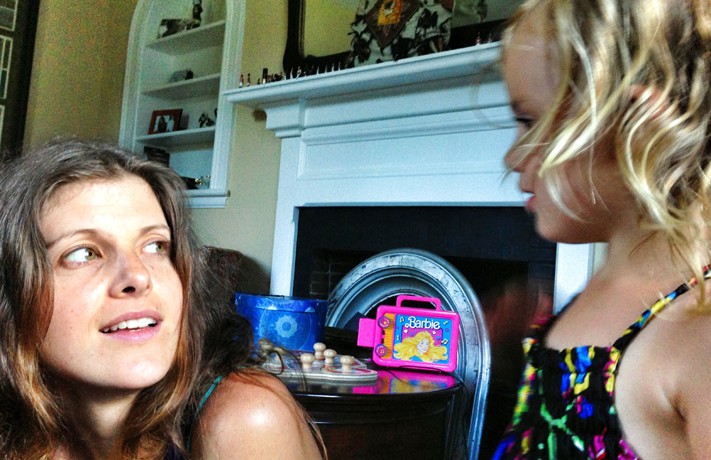 Vacations used to be comprised primarily of ecstasy, alcohol, flirtation, and hazy memories. I danced in a foam pit non-ironically, got lost in the Red Light district of Amsterdam for six hours while high and gazing at prostitutes in the windows wondering if I had seen the one with the sad eyes wearing crotchless panties before. Once I even pitched a tent on a German highway because my boyfriend and I had no idea where we were. Okay, it was after a huge festival but it was super dark out!

The complexity of my life now is that it is really hard to abandon my responsibilities and give myself a true break. There are endless obligations lurking in the background of my brain, relentlessly reminding me of all the shit I need to get done. Then of course there is my inbox – bottlenecking with messages from people wanting, needing, and bossing me around. When I finally checked Gmail this morning there my computer was pleading, “I am so constipated!!! Free me from the burden of holding all these in!” Whatever escapism I was experienced when I was young and dumb, has been marred by the presence of technology.

Vacations are no longer a break from life, where I get to push the limits of my consciousness and abuse my liver to the point of near failure. They have a very different texture these days. For one, my kid is on vacation from school so that means I have to be with her all day. Sorry –I mean I “got” to spend time with my darling angel during these fleeting precious years of her childhood. Although theoretically The Munch would totally rock out while dancing on a bar until four am, taking a four-year old to da’club is pretty much frowned upon. Instead, I have to do “kid appropriate” activities that don’t include experimenting with hallucinogens and Ambien.

Most of my time spent with her is between “the schedule” of what is planned. We go from this place to that, I make her food, and we go to bed. There is less down time where I actually have to figure out what to do with her. Of course I love my kid, but it’s not like I have that much in common with her. I guess we both like eating cookies and laughing at farts but The Munch never wants to talk about the police state, she doesn’t care about Monsanto, and she doesn’t think she needs feminism.

I think a key element to having a healthy relationship with your child is developing common interests. If there are things you enjoy doing together, then you have outlets which you both enjoy. Of course there are times when I can get down with playing “princess-queens who are sisters with magical powers that conquer the mountain and hide in a special cave of diamonds while turning all the babies into ladybugs,” but unless I am going to become a pothead again, my imagination is only so fertile.

The one thing Munch and I can do for hours and hours while both being happy is listening to pop music while practicing handstands. We do have a couple debates going however. For one – auto tune. We discussed for over an hour about how all her favorite singers use auto tune and what that is doing to the music industry. The Munch thinks auto tune is “cheating,” but still likes those songs better than the Indigo Girls, whereas I believe our ears are being trained towards falsity which could have lasting impact on our neurology.

We are sorting out her feelings on hip-hop music. Munch isn’t into men rapping because she doesn’t like boys, but she will listen to Biggie Smalls and Eminem when there are girls singing on the tracks. This feels like a decent compromise, because I figure there is still time to get her into Mob Deep and The Pharcyde. We do both agree that music should be listened to so loudly that you can both feel the vibration in your bones but not hear your own voice while singing along.

So come to think of it… maybe life isn’t so different after all? Chicks hanging from ceilings and shit… 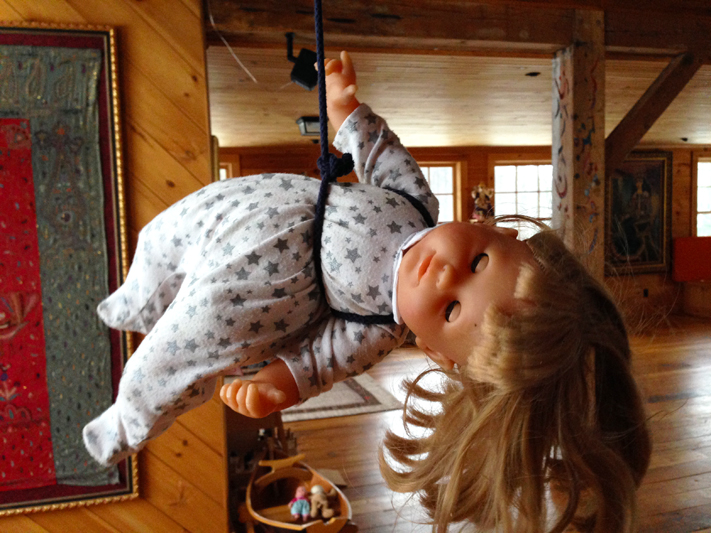 Previous post:
New Year Same Old Me Next Post:
It Turns Out Women Are Just as Perverted as Men!