I Think I’ll Go Cry About That 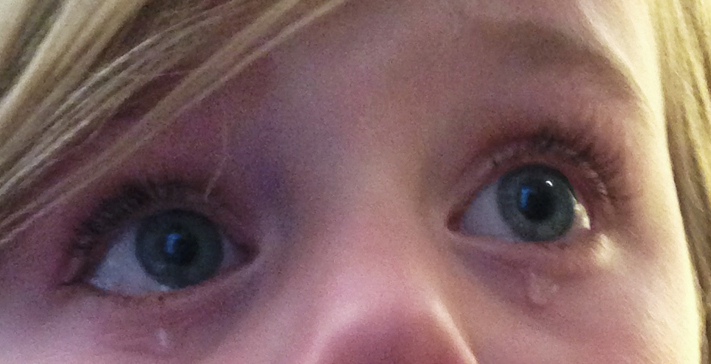 Isn’t it kind of nuts that ocean water pours out of your face when you feel emotions? Although sometimes it feels really good to release liquid out your eyeballs, crying is also a really intense way to express yourself. Have you ever been an argument with someone, just really verbally eviscerating them, but then they start crying so you feel bad and have to stop. That’s the worst! Stop manipulating me with your tears!

Maybe it’s because I am from New England and believe in things like walking outside in wet socks during freezing temperatures is a good way to build character – but I try to keep my eye-fluid to myself. Crying makes me feel too vulnerable. My body language folds in, my face contorts, and my nose pours like a mucus waterfall. No thank you. If I am going to feel feelings around other people, I prefer indifference and emotional constipation.

Kids, however, don’t even give a fuck when it comes to crying. They will cry any time, in front of anyone. Tears are their go-to form of expression because they don’t feel the social pressure to hold them in. I respect this period in life because it is the only time where you truly lack the shame of your outbursts. There is something freeing about exposing the underbelly of your emotional self, and preserving that openness is crucial to growing into a well-adjusted adult. The more capable you are of being in touch with your feelings, they less you will be consumed by them.

However, crying is not the only way to communicate your feelings. There is a performance aspect to lamentation, which does lend itself to wallowing. When you are in a state of weeping, you are not exactly looking for solutions to your problems. Whoever you are with has to be a witness to the tyranny of your tears. Even though I don’t want to be a dictator of expression for my child, I also don’t want her to get into the habit of crying as a default.

Oftentimes girls are socialized to articulate their discontent through tears because it is expected – and allowed when they are young. Boys are usually told to stop crying, because that threatens their masculinity. The result is that women tend to cry more to communicate, whereas men get angry. The root feelings are the same, yet one manifestation is passive and the other is aggressive. I don’t want my little girl to rely on tears to get through to people.

When The Munch was young, I noticed that she would kind of indulge in her sadness. If she hurt herself she would cry, which was fine, but then she would stay crying long after the physical pain had subsided. Maybe it was an age thing, but it also made me nervous. I didn’t want her to get into a custom where every time she stubbed her toe it was an opportunity for self-pity. So I came up with a strategy where after I minute of her feeling the pain, I would then re-enact the trauma with one of her toys or dolls. This brought her out of her head, and she would stop crying and instead help choreograph the replaying of the scene. Now when she falls or hurts herself, she barely cries at all.

Now that The Munch is almost 5, I figured she didn’t have to sob every time she doesn’t get what she wants, or when things don’t work out exactly as planned. So now I have a tactic for dealing with the emotional tantrum. You may think that I am a hardened beast of a woman wearing an apron and walking around with a wooden spoon to beat people with… but I swear it is working. It goes like this.

Munch: Where are my “My Little Pony” socks?
Toni: I don’t know. Where ever you last put them.
Munch: But I don’t know where they are?
Toni: Well, maybe you could look for them.
Munch: BUT I WANT MY SOCKS NOW!! I NEED MY “MY LITTLE PONY SOCKS!”
(Tears start to well up as the outpouring is about to begin).
Toni: Well, you should probably cry about it.

The Munch will then look at me with a particular combo of disbelief, rage, and pride. By my suggesting she cry, her ego is like “fuck that.”

Even though you probably now think I am a MEGA bitch… she doesn’t cry and she goes and finds her damn socks. 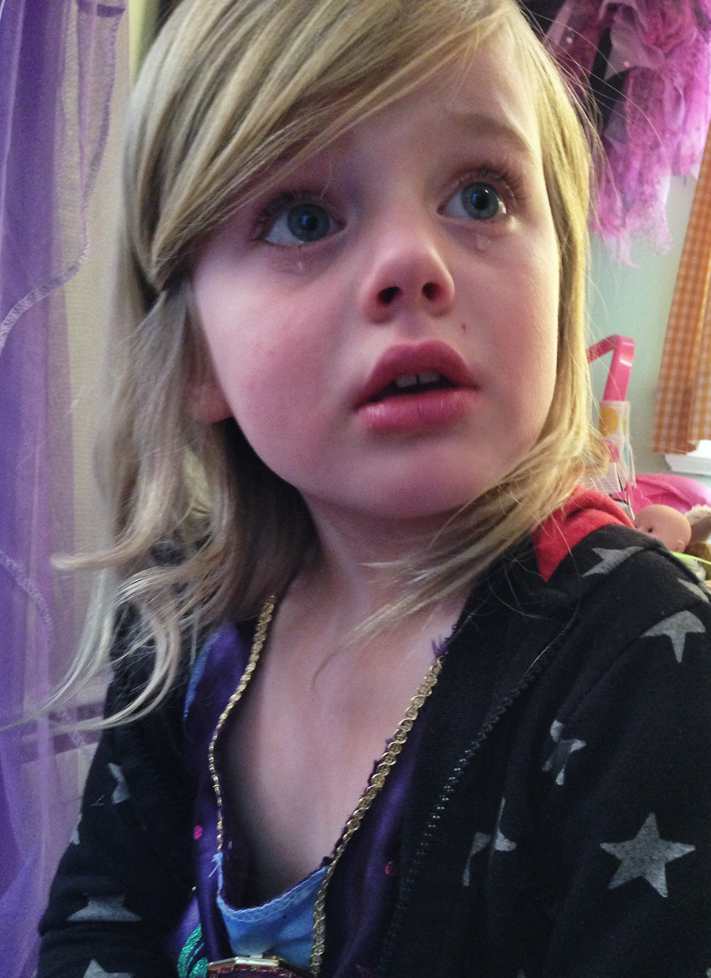