How Can I Make You Notice Me? 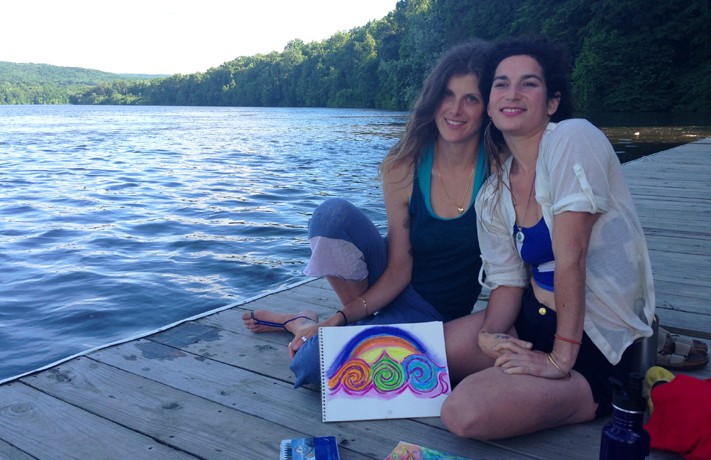 You ever have one of those moments that is so bizarre you think you are being filmed? Like the only way to give context to what you are experiencing is that someone is behind a camera orchestrating the insanity. You look around at the people witnessing the lunacy, and wonder if they too are perplexed, or if you the one who is mad for noticing the madness.

I had one of those moments last weekend when I took a modern dance workshop about the art of performance. The teacher was a dancer whose career started in the 1960’s in New York City, and every stereotype you would assign to a dance teacher from 1960’s New York applied. She wasn’t a person as much as a character out of fiction, but at the same time, she was also a genius.

Her hair traveled down to her knees as did her breasts in a hot pink leotard, but her beauty shone through any signs of aging. She would make sweeping statements like “the light of the stage supports the aura inside” and then face the window and lose herself in the moment for five whole minutes – oblivious to the passing of time. Then she would have us leave the room so we couldn’t see each other to perform for each other – which was as crazy as it was brilliant. This exercise was followed by another where each one of us would strike a pose in the center of the room while everyone else put their faces inches from your body to stare. We were asked to grab a pedestrian prop and oscillate between performing with it, and interacting with it as if no one was watching – but still while everyone was watching. Everything she did made no sense at all, and yet was totally profound.

The question she asked that I can’t get out of my head is “what makes you look at one person and not another?” What draws you to someone when they are performing? What makes you notice them more than others?

I think her inquiry was much more philosophical than practical. Although I will never have an exact answer, just asking the question is meaningful. My initial reaction was intention. The performer has to be really clear with their intention regarding what they want the audience to feel. Having good technique is of course important when it comes to any art form; yet it is not the totality of what makes something great. There has to be passion, substance, and belief behind what you are doing to truly stand out.

I see a lot of talented mechanical dancers who can do things with their body that are unimaginable, yet they don’t project out into the audience. You are watching them dance, but it is as if they don’t care if you are there. Their energy is too internal, and they are not externalizing emotion. Sure there are times when someone could shut me out as the spectator of their work, but there has to be purpose behind it. Like they want me to feel left out for a reason. The person creating the art has to have vision behind what they are doing in order for me to connect to them.

When I think to back to my own relationship to dance, I started really late, but my trajectory has taught me more about art than any class ever could. When I was 19 years old, I was in a state of rebellion and did not want to go to college. Considering both my parents were professors, very liberal, and gave me a lot of freedom – this was the best “fuck you” I could think of. Yet my not getting a higher education was a non-option unless I wanted to be disowned, so I filled out the common application and told my mom to send me wherever she wanted.

I got into this school called Sarah Lawrence that was very artsy fartsy. When I arrived the first day I took one look around and was like “holy fuck get me out of here.” I called my mom and asked her why she sent me to The Lilith Fair for college, but she told me to stop being so ridiculous. I had gone to a really preppy high school where I had played sports all my life, and my artistic self had been only been expressed through doodling pictures of hearts with boy’s names inside. I had no idea how to fit in to this new environment. Everyone was supposed to take an art elective, and I had no artistic talent that I knew of.

I started taking dance because there was no soccer team. I liked to go out dancing at the club and drink vodka, so I figured this was the next best thing. Forget the fact that I was surrounded by girls who had been doing plies their whole life, and felt like a fool. It was really humbling to suck, but I had to commit myself to something, and figured at least dance would help me avoid the Freshman 15.

What I lacked in experience I made up for in enthusiasm. I would take extra classes in New York city every weekend, I would do summer programs, I would get to class early and leave late just so I could stretch more. I knew I wasn’t the best, but I was going to be the most dedicated.

The dance teachers at my school probably were amused by my perseverance, but I don’t think they thought I had any real future in dance. I started too late, and that was that. My best dance friend Mika was another girl who also wasn’t a bun-head since birth, but who shared my undying dedication. Her and I spend all our time dancing, and even though we were not taken as seriously as the other girls who had the history we lacked, we still took each other and ourselves seriously.

Fast forward 15 years and I saw Mika for the fist time in a decade at a hippy conference where I was teaching belly dance. Do you know what she is doing with her life and career? Dancing! She performs all the time, is a dance teacher, owned a studio, travels the world to do field work, got her masters in dance, and is now getting her PHD at UCLA in dance theory. Her love for dance made dance her life!

From that first class that I took, I have been dancing 5 days a week since. I teach dance, perform, choreograph, and own a dance studio. The irony of this aspect of my life is that dance was something I always considered a hobby. I never expected it to be anything more than a creative outlet, so it was always fun, and life affirming. Yet it has become a really stable part of my current career. But as with my writing, which is what I WANT as my career more than anything in the whole fucking world, I am still struggling.

I guess I have to admit that there something about the fact that I never had any specific agenda with dance beyond a devotional practice that has made it the most consistent part of my life. 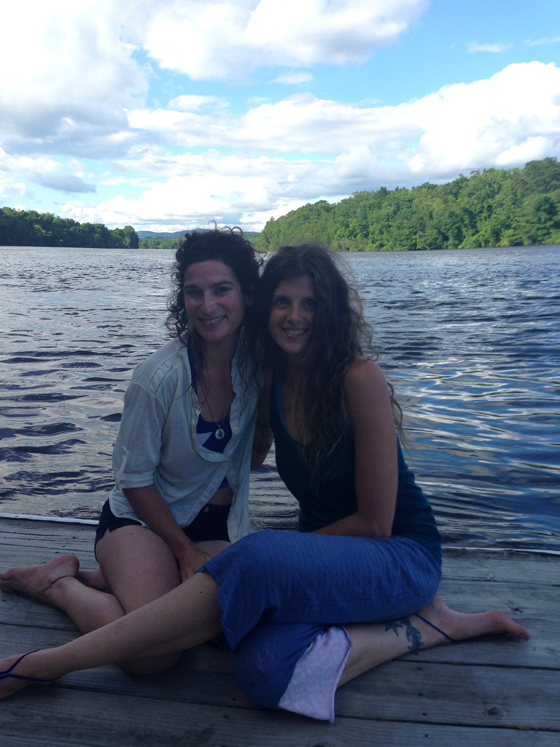