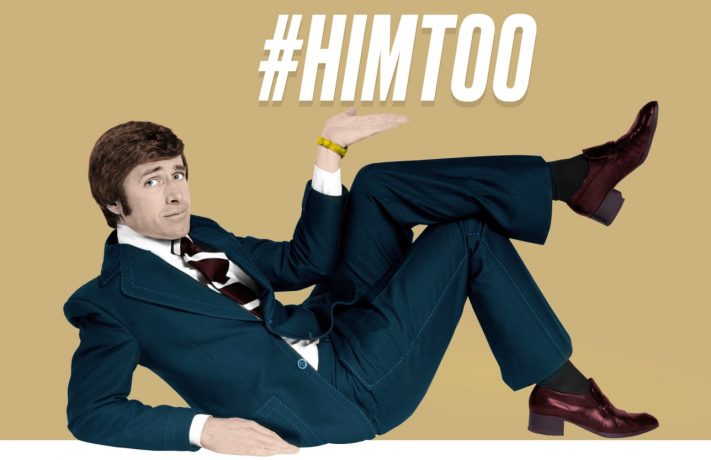 Oh dear. The counter crusade of the #metoo movement has been birthed. #HimToo has passed through the psychic canal and squeezed its collective consciousness into the time space continuum. Mind you, #HimToo is not referring to men who have also experienced sexual assault, but rather men who are in threat of being accused of sexual assault. This effort is… SURPRISE… currently building its base at Trump rallies where people believe that men need to be protected from women and their rampant “false accusations” of sexual assault. Much like the concept of #alllivesmatter there seems to be a panic in the air, polluting the pristine noses of those white faces shaded by red hats.

My initial reaction to this was to be expected. A quite rage that filled my being with a toxic energetic putridness that could only be contained through deep breaths, focused meditation, and of course screaming “WHAT THE FUCK?” to an empty room. Yet after I did a few sun salutations I wanted to better understand the logic behind this thinking. Am I in fact a different species than other Americans? How can we think so differently? I needed to mentally grasp this discrepancy.

My plan was to see this as an anthropological inquiry and channel Jane Goodall – observe “the other’s” behavior while taking scrupulous notes with my hair tied back in a low ponytail. Sadly, I didn’t have access to a Trump rally to question these thinkers myself, so I went to my next best source. Youtube videos.

After watching a few interviews about their perspective regarding the need for #HimToo – I have identified the main points of their rational.

1) A left-wing conspiracy: Ohhh you got me there MAGA devotees! I also am a BIG believer in conspiracies and often question the “official story” provided by the mainstream news outlets which are beholden to the whims of big business and corporate interests. On any given day I can find myself questioning if Hillary Clinton is in fact a lizard person from the Palladian system, if the Federal Reserve is run by corrupt aliens, or how all of mankind is an experimentation of some other conscious creature. I’m open! Perhaps the earth is flat? Who knows… I’ve never been to space and the only people that have are people indoctrinated by NASA, otherwise known as THE GOVERNMENT! Granted I also think to seduce people with conspiracy theories is the ultimate conspiracy. The internet has been flooded with conspiracies to oversaturate the market – making everything obsolete. I believe in questioning, but I’m not sure we’ll ever know the truth about anything because there is too much information to sift through. You can have the internet prove whatever you want. You can “prove” vaccines are good just as you can “prove” they are a ploy headed by Bill Gates to poison the poor for population control and emptying out Africa so the rich can take over its resources once the apocalypse comes. Everything is absurd because so many absurd theories are out there. I too live in a post-truth paradigm so I understand the mistrust these people feel when it comes to “tearing down our leaders.”
2) “We have to protect our Sons” This was mostly women claiming this rhetoric. I have sons, I have brothers, I have a father – I have to protect them from these slut women who want to trap them with their whorish ways and then blame my boys. Sigh. For one, I think the main issue is these women identify more with men’s needs than their own. They have internalized the patriarchal viewpoint that a man’s life is of greater value, therefor they are the cultural priority. I think for these women the fear of one man being falsely accused is more crucial than the millions of women are actually sexually assaulted. The justice system is highly flawed but I think for all of human history the scales have been tipped in favor of the man, not the woman, when it comes to rape. The research around “false accusations” of rape shows that its very uncommon – especially considering the stigma attached to coming forward. Of course, a false claim has happened, yet I think it has impacted black men more than white. In the times of pre-Civil Rights white women did accuse many black men of rape when they were having a consensual sexual relationship to avoid the social consequences of their actions. This was a phenomenon in our dark history, yet I don’t think the Trump supporters are talking about this. I think the women coming forward for Brett or Donny are motivated not by lies, but rather not wanting a rapist to be president of part of the Supreme court.
3) Why didn’t they come forward before?: This was a big one for the men – not understanding why these women waited so long to say something. They just can’t seem to wrap their heads around how experiencing trauma would keep you quiet, or how the fear of not being believed is an exponential trauma. I find this perspective problematic because it lacks any sense of empathy that perhaps different people have different reactions to violence. I feel like these guys don’t understand the humiliation/ /shame/vulnerability of rape and think of it like getting punched in the face. They assume it’s a simple assault that should be simply dealt with simply. Just go get a rape kit, like that’s exactly what you want to do right after getting violated – have a police woman re-violate you to prove it happened. It’s a shallow analysis of what these women actually go through. I wish these men would witness some sexual assault victim support groups and get a better understanding of the psychological impact of rape before allowing their assumptions to prevail regarding how women “should” respond. 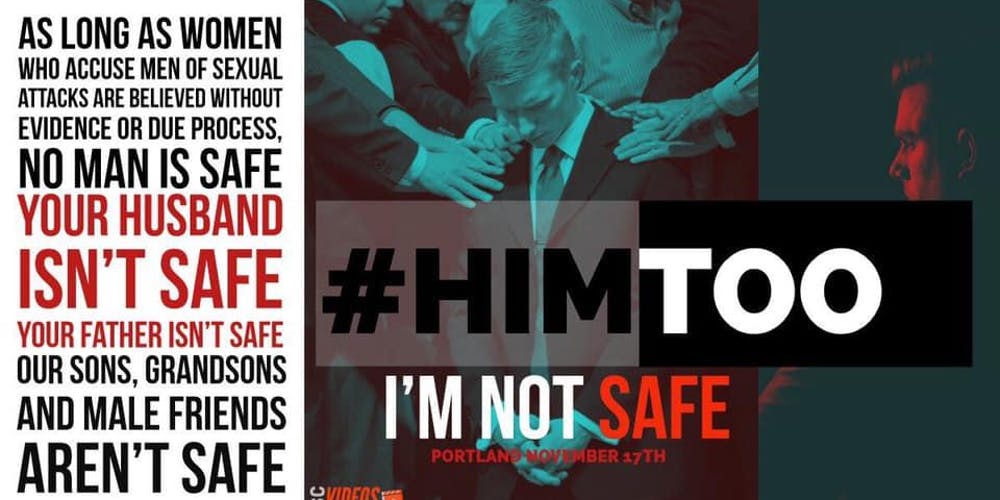