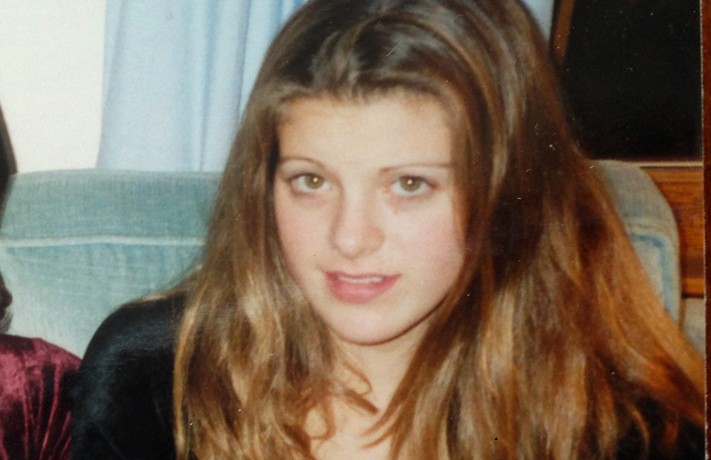 Stealing isn’t just about taking something you can’t afford, or otherwise couldn’t have because it happens to belong to someone else and those flare pants by Anthropologie were 3 seasons ago so you can’t find them anywhere on the internet. Sometimes people pinch things for the rush of it, and the adrenaline of knowingly being bad, but not getting caught.

There is something infinitely exciting about breaking the rules. When I was in the 9th grade, a group of girl friends and I decided that we would skip school to spend our time getting into trouble. It was a beautiful spring day, and we all left our houses waving goodbye to our parents with innocence in our eyes. We then met at Copley Plaza in Boston, ready to inflict chaos on the city. But it was only 8:15 and there really wasn’t that much to do, so we went to McDonald’s to get hash browns. Come to think of it, that is probably the most embarrassing part of this story.

Later that afternoon we ended up at Quincy Market, and my friend (lets call her Flopsy) came out of the store with a sneaky smile on her face.

Flopsy: You guys… check this out! I stole a candle.

We all looked at the candle with shock and awe – GW Bush style. This candle was more than just a vanilla scented stick of wax – it was lifted goods. Suddenly, we were all transported into a scene that felt like we were as powerful as drug cartels. There was no going back now. We decide that each one of us would take something that day – Mopsy and Cottontail went next. Giddy, they both exited the store with more pilfered property. Then it was my turn. Not to be a square, but I wasn’t that into the scene at first, but then I did it – AND IF FELT AMAZING!

Just knowing we had gotten away with something was the real excitement. We now lived above and beyond the law. Nothing could touch us. A spark had been ignited into a flame, and our summer of stealing began.

Flopsy, Mopsy, Cottontail and I would go on sticky-fingered excursions. It wasn’t even things we liked, or needed that much. We would shoplift nail polish, shower curtains, plumbing equipment… whatever. Anything we could get our grubby little hands on. Especially clothes. Sooooooooooooo many halter-tops.

Our success made us too cocky. We were getting bored and wanted a greater challenge. We decided on the department store Filene’s to stock up some important items, like belly shirts. I was wearing overalls that day, and had gone into the dressing room to layer about 7 shirts and 3 pairs of pants underneath them. As we exited the store we were stopped by security.

Security: Girls… you are going to have to come with us.

We were taken into a back room where there was another security guard. We were all terrified and Cottontail started to cry.

The security guards were painfully annoyed with us, and made us take everything off our bodies, and out of our bags that we had stolen. A huge pile garments lay in the middle of the floor, mocking and shaming us.

Everyone then had to use the security guard’s rotary phone to call their parents to tell them to come to the Filene’s located in the wealthy neighborhood of Chestnut Hill, and then ask for the back closet where the delinquents were kept. When it was my turn I was so nervous and sweaty I kept fucking up the number. I would have to hang up and start at the beginning, which on a rotary phone actually took an insane amount of time. The only sounds in the room were Cottontail’s tears and my swearing.

When my dad finally arrived his face was red with rage, his hair wild from wrath, and his voice shaking with fury. He was such a terrifying sight that even the security guard took pity on me.

Security Guard 2: Are you sure this is your dad?

That was the only time I got grounded in my entire life. Forget the fact that I smoked weed, went to raves to take ecstasy, ate acid, once or twice took the car without asking, had sex in my parents house…. They could deal with all that. But stealing!!!?? Having to come to Filene’s to retrieve me!? That was just too much for them. I still remember the deep feeling of humiliation I felt when I got in the car with my dad and he looked at me with severe disappointment then quoted Pee Wee’s Big Adventure:

My Dad: The Buxton’s are not thieves….