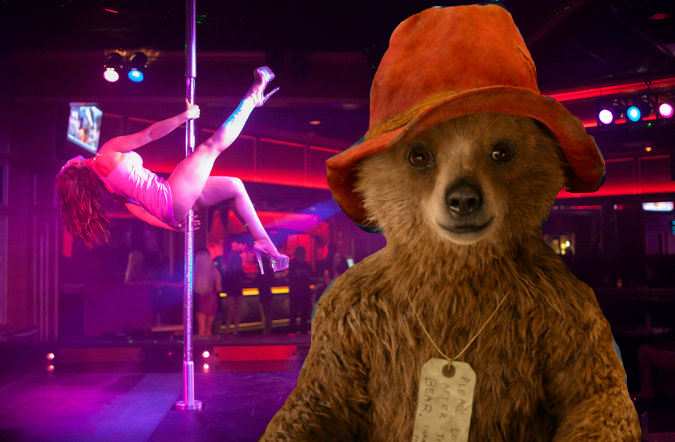 I feel really uncomfortable in strip clubs. Not because I am not bisexual, or that I am uncomfortable with the human body. It isn’t every day that I look so deep into a woman’s cavernous open vagina that I see her cervix, but I could be okay with that in the right context. Say I were at a cocktail party, and the hostess of the evening declared “I bet you are all wondering why I brought you here today – it was so you could examine my insides through the gap between my legs.”

Strip clubs depress me. I cannot release the excessive empathy I have for these women who are pumping their pelvises against some lonely guy’s zipper. I feel like some serious chafing might occur in such circumstances. Maybe some strippers just really love their jobs, and have rejected other career options in lieu of spinning around a pole to allow one’s anus some fresh air. I don’t deny the possibility that some girls opted out of their opportunity to be an engineer, because they didn’t’ want to be behind a desk all day. But something tells me that is not usually the case.

There was this one time when I was 17, and I decided to go to Montreal with my boyfriend and his best friend so we could drink. We pooled all the money we had, which was 900, and left at 7 pm to drive 4 hours north. Because we were in a hurry, I got pulled over going 110 in a 40 – which is actually kind of a big deal. The cop said, “Listen here, Missy, going more than double the speed limit means you are going to jail.” Ugggg, the police state strikes again! Sooooo the cop ended up having to call the judge and made him leave his family dinner so he could come judge me. Go figure, the judge set my bail at $860.

When we got there, we had no place to stay, and still wanted to drink. So where did we go to spend the night? Obviously we went to the strip club – the only place that would have us for the night. Even though I was grateful to be under-age drinking, I couldn’t get over my severe sadness for these girls. I wanted to take them all home with me, tell them their dad is an asshole, and wash off their glitter as I stroked their hair sprayed hair.

My daughter has inherited my sense of empathy – yet instead of being desperately compassionate towards strippers, for her it was Paddington Bear.

Here is the context. She and I went to spend the weekend with my parents, and my mom had the idea of bringing Munch to see the new Paddington Bear movie. Keep in mind this is the same woman who brought me to see The Terminator when I was four, but whatever.

My parents brought Munch to the movie, and I guess about half way through, Munch decided she had enough and wanted to leave.

My mom, again the same woman who insisted I watch Andy Warhol’s Dracula when I was 8, decided to honor my daughter’s request. My dad, however, was like “No way am I leaving. The movie isn’t over yet!” The thought of leaving a film in progress violated all my dad’s principles and sodomized his moral coding. Forget the fact that he is a 72-year old man insisting on seeing the end of the crappy Hollywood children’s movie – that is the kind of guy he is… someone who finishes what he starts regardless of all logic.

When my mom and Munch got home, I was in the other room “working on an article,” but actually eavesdropping on everything they were saying.

My Mom: Why were you so upset? It is a children’s movie you know – there will be a happy ending.

Munch: Even though the mean lady wasn’t going to kill him, I didn’t want to have to seem him almost getting hurt that many times. I don’t need to watch that.
My Mom: But he was going to be okay….

Munch: Yeah but, I don’t need to be a part of that. And I didn’t like how Paddington bear just kept making these big messes because then no one would take care of him!! He had no one. It didn’t make me happy that his grandpa died, and his grandma sent him away because she was too old and tired. Who was going to take care of him if he was so messy?

My Mom: They were going to find someone to take care of him.

My Mom: Well it wasn’t that bad. Think about the show you were watching this morning, and how the Powder Puff girls were destroying a city while they competed over who had the best magic powers… that was way more destruction than in Paddington Bear.

Munch: But magic powers aren’t real!!! And if Paddington Bear knew how to make marmalade, I don’t think he would make such a mess! He would know better. I didn’t like that part. I will see that movie when I am 8. It was too scary.

My Mom: Okay that was a not the best screen-writing. I agree with you there that it was a sensationalist moment. But were you really scared?

Munch: I didn’t like how that mean lady was trying to kill Paddington Bear, and I just wanted it to stop.

My Mom: Well she was a taxidermist, so she wanted to stuff him. It is a larger message probably sponsored by PETA.

Munch: Ummm yeah… well, I wanted to come home and be with my stuffed animals and make sure they were safe, and that they weren’t going to die, and that no one was being mean to them.

There you have it. Much like my sensitivity towards strippers, the same desire to protect was ignited in Munch towards Paddington Bear. Not to mention that I have obviously indoctrinated my kid to be hyper aware of the abomination of making messes. When my dad came home, of course The Munch made him explain every detail about what happened for the next 40 minutes that she had missed. She needed to know exactly how Paddington Bear got away, and what happened to the mean lady. I guess my dad’s compulsive behavior came in handy, because he recounted every detail of the remaining plot, so Munch could have emotional closure, and I am pretty sure my entire family is batshit crazy.

(I mean seriously what is going on in that movie?) 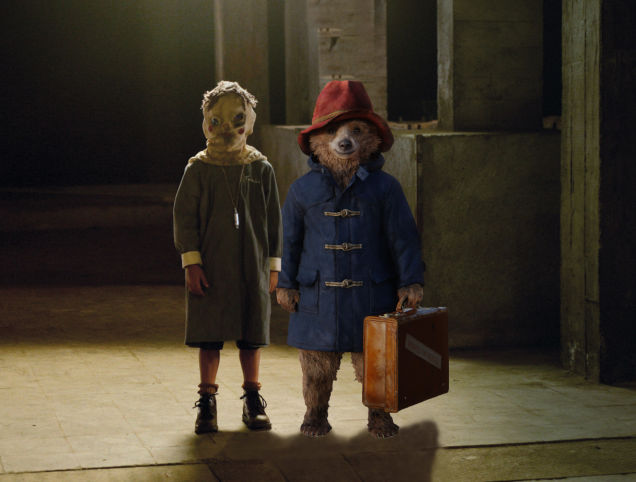