Enter into MY reality Bitch! 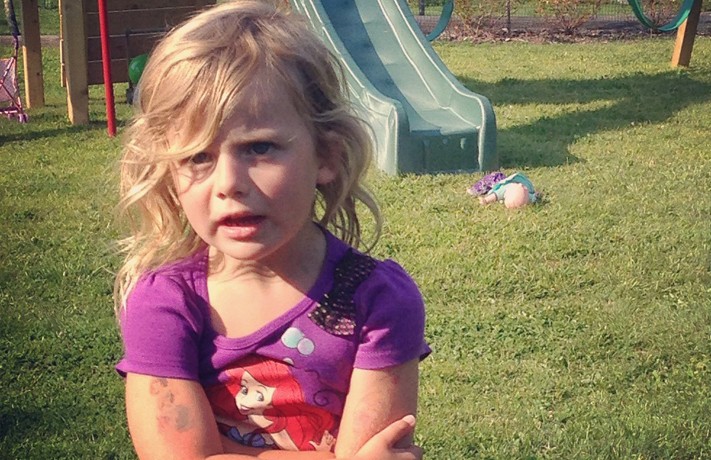 When someone is an asshole to me, my initial reaction is usually “Wow you really suck salty scrotums. I hope you choke on sperm chunks so hard it comes out your nose, dribbles down your face and back into your mouth.” It’s easy to assume that rude conduct is indicative of a rude human. It can be challenging to distinguish between the behavior and the person when someone is energetically, metaphorically, or physically crapping in your mouth. Yet just because someone is acting like a dick doesn’t mean they are one.

Dealing with humans can still be exhausting! At any given moment we might be contrarian, mildly antagonistic, or moderately unreasonable. When I can’t relate to the person I’m with, all I want is to shake them like a British nanny until they are living in my reality. What is wrong with you and your crazy fucking thoughts!!?

I had an epiphany the other day about relationships. I was listening to this podcast about people with Alzheimer’s and how to best relate to them. The prevailing thinking has been when Grandma makes statements inconsistent with “reality,” she should be corrected. “Grandma, this is your home now”, or “That is your grandson,” or “don’t eat that- it’s a book.” Yet now research suggests instead of talking Alzheimer’s patients out of their reality, we should enter into it. If Grandma says she sees monkeys out the window, we should tell her her how much we hope they come inside and run around. In other words, embrace her reality.

Profound, right? Even more so when considering how this approach is is applicable to all people. We all construct narratives in our heads to make sense our realities and when people challenge them, we often go on the defensive. NO MAN, STOP TELLING ME YOUR REALITY. THIS IS MY REALITY!! Instead of projecting our realities onto others, why not embrace theirs?

When I have an issue with someone, I usually focus on how they make me feel. What if I turned that around and deeply considered how the other person feels? I tried this with The Munch recently to see if it might an effective strategy when she is being a total fuckface… I mean faintly challenging.

We were getting ready in the morning and I told her we had to go to her hippy doctor so she could get her wandering eye poked at with crystals and sage or whatever.

Munch: I don’t want to go today. I just want to go to Debbie’s house.
Toni: But I made the appointment already. It’s too late to cancel so we are going.

We went downstairs to eat breakfast and The Munch’s mood turned to shit. She was cranky, yelling, and eventually threw her shoe in the sink while I was doing dishes. I wanted to throw my shoe at her damn face at after that, but instead I tried to enter her reality instead.

I can work with that. In all fairness, she had made a request that I didn’t listen to, so she was upset. I can understand why it is hard for her to have to go to the doctor and get prodded and she didn’t want to deal. It’s not like I am going to acquiesce to her every time she doesn’t want to do something, but I felt compassion for her in that moment.

I went to Munch’s hippy doctor instead and it was AWESOME! She fixed my ankle that had been hurting for months. WIN for ME!

Poor Munchee and her eyepatch 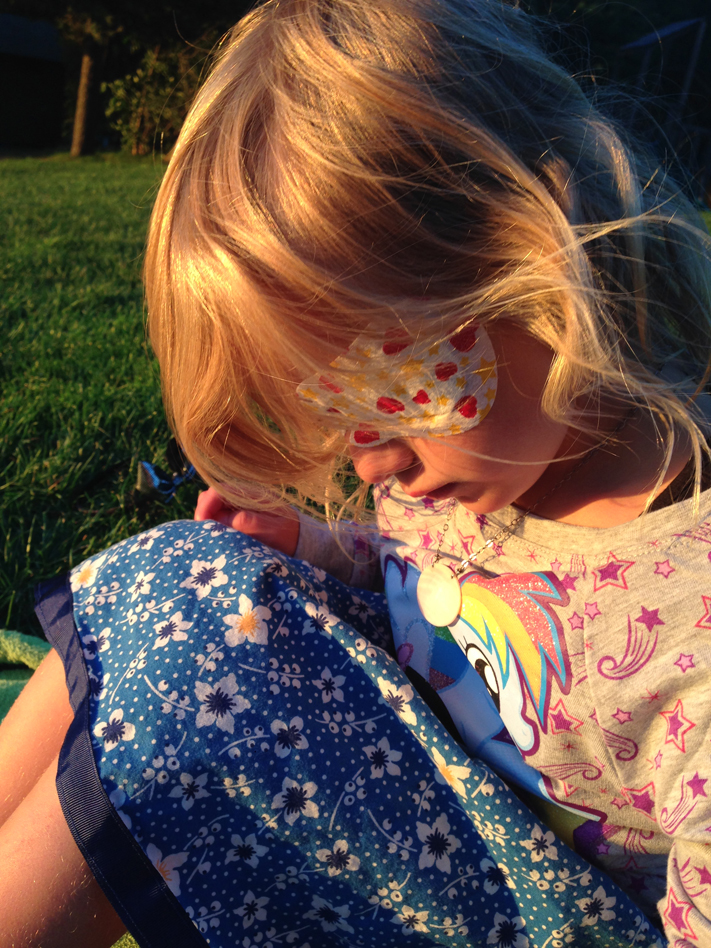