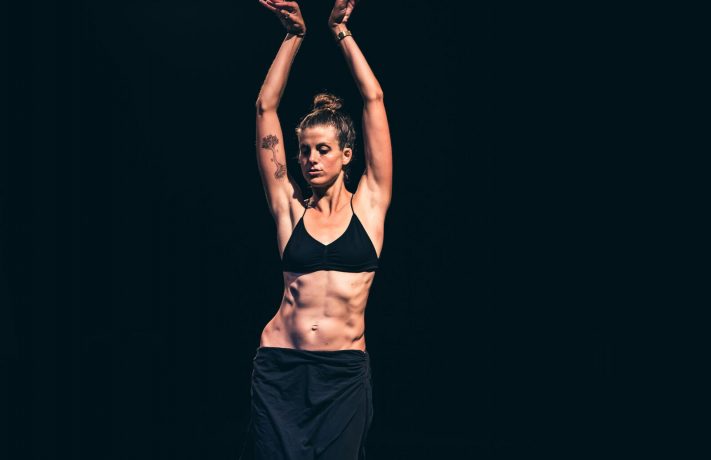 Recently Alicia Keys went to the VMA’s without any make up on. My reaction to this was as complex as – “that’s cool.” I posted an article on my FB wall and kept living my life. Yet now the “news” is talking about her “bare faced” look spurring a revolution! Ummm… really? A REVOLUTION?? Does that mean that I am now considered a guerilla warrior because I am too lazy to put on fucking foundation?

I’m not wearing make up in the above picture, but does that make me brave??! UMMM not really because have you seen my abs?? I think it’s depressing that the world is shitting golden eggs because a painfully pretty woman dared get her picture taken looking painfully pretty without lipstick. SHOCKING!!!

“Pop News” is asking me if I will I join her #nomakeup movement. MOVEMENT?? It’s seriously such big deal that a chick goes outside without mascara that we are actually comparing it to a social movement?! Sure Keys is a celebrity and thus judged for her looks, but the way the media is reacting, you’d think that she was as bold as to tattoo “Politics Can Eat My Pussy” across her forehead.

At this very moment I am sitting at my computer wearing tie-dyed “Hammer” pants… much like Joey Buttafuoco circa 1992. I haven’t washed my hair in a week, and when I did, I used body soap because why bother with a variety of substances that make bubbles? I have never in my life received the compliment “you smell amazing,” and I’m pretty sure the dirt under my fingernails has it’s own eco system.

I could put a lot more effort into this package… Bitches are supposed to be beautiful, and when we are not, we are expected to feel bad about ourselves. Oh no, my skin isn’t as smooth as a baby’s scrotum, and I haven’t scorched my cootch with a blowtorch to remove all unwanted hair follicles. DO YOU STILL LIKE ME? Have you seen my abs??!

Beauty, sex, and physical appeal are all part of the trademark of femininity. It is a constant conversation in society… more than Syria, Yemen, the Federal Reserve, and the ruling lizard Elite. The only thing we talk about more than women’s being beautiful are women NOT being beautiful. How dare you be unfuckable you whore!

The problem with “beauty standards” is the consequential brand recognition of what is considered attractive. You see something enough times and it becomes engrained in your psyche. See this?? This is what you should buy into!! If you go to a grocery store to get detergent, most people will buy “Tide” because they’ve seen it before. It’s familiar, so it must be good right? Who cares that it’s a bottle of toxic chemicals? Same thing goes with beauty. These photo-shopped, over made up images are slammed down our gullets, and we deep throat that message without even gagging… unless you are retching to puke up dinner to be skinny enough by tomorrow. PS don’t forget to shoot some Botox into your lips and ass because those are the only parts of you allowed to be fat.

Even industries that claim to be about acceptance and soul seeking are just as superficial. If I see one more skinny white chick in a yoga video wearing her underwear while doing a split – I will literally turn my labia inside out, use it as a cape, and fly to another planet like a goddamn super hero. Hey Yogis… you could be doing a lot better with your “being the change you want to see in the world.”

I am so bored of this being such a huge issue in the collective consciousness of the female identity, yet at the same time, I WANT TO BE BEAUTIFUL SO YOU WILL CARE ABOUT ME!

Sometimes I try. I slap some make up on my face and run my fingers through my tangled mane, but then give up because I am pulling my hair. It’s too knotty! I will throw on a sexy outfit, stick my tits out, and strut around like a peacock with a feather up its ass. I am not saying it doesn’t feel good when people look at me like I am hot… yet at the same time, what the fuck? Why do I care?

I care because I am conditioned to care. I care because it does matter what I look like, even though it doesn’t, because actually it does. For thousands of years, beauty has been part of female survival, and in many ways we are still making it so.

For most of recorded history, women were commodities and property. In that paradigm, attractiveness added to the value of what we could be purchased for. Being beautiful was a strategy of success. There was hardly any chance for us to have power beyond what our husbands could provide. So in order for a woman to have any influence, she had to be part of the right family – all Game of Thrones style.

There then comes this massive social shift where women start earning value with their minds. We start to intellectually compare with men, so now their competition for achievement has doubled. Smart women eat into the economic and political pool that was once dominated by men, and that is a threat to their livelihood within a capitalist model.

But… if we make women use their psychic energy worrying about what they look like, and feeling insecure about their thigh canyons – that will chip into their life force… therefor making them distracted! I am pretty sure Stephen Hawking wasn’t freaking out about which wheelchair made him look chubby. Obsessing about beauty has become a prison of our own making.

All humans are at their core artists. Everyone has creative energy – it just varies on how we choose to express it. Yet women are encouraged to put a vast majority of their creativity into their looks. This isn’t to say that sexy chicks aren’t bringing positivity into the world. It is nice to look at beautiful women. But at the same time, there are a variety of other outlets for you to pour that exertion into – like say, baking cookies.

When I was a kid my mom told me I was beautiful every day of my life. You’d think that would make me vain, but it had the opposite effect. If made me feel like that was a meaningless statement. It made me stop caring. Yeah yeah yeah mom, sure I’m beautiful but did you know I could do a back flip? Could we talk about that shit?

Because I have a daughter, I am extra concerned with her future relationship to beauty. I don’t want her to be defined by it, afraid of it, or confined by it. She is a pretty girl and there is no reason to pretend otherwise, but that doesn’t mean she needs to over think it’s meaning. The Munch should honor her natural beauty and see it as a gift, but it’s not more precious then her winning personality and genius mind… a brain that makes up songs like “a penis is an instrument that nobody wants to play.” WHICH IS A REAL GODDAMN SONG SHE WROTE!!!!

This chick don’t give any fucks 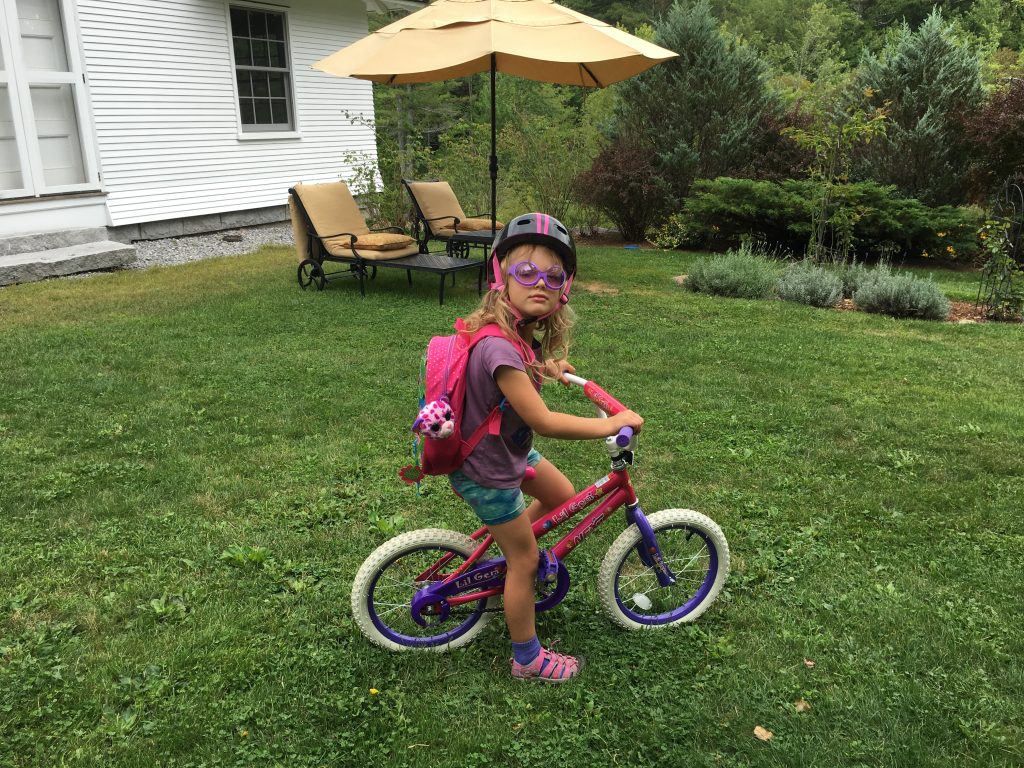