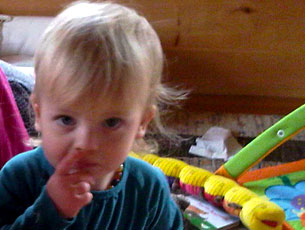 Everyone has bad habits of one form or another. Whether it is smoking, drinking, eating too much sugar, snorting coffee, inhaling nitrous, ingesting hallucinogenic mushrooms rectally, finding joy in poking bunny rabbits in the ribs, immersing yourself in a giant human sized condom in search for full body penetration… we have ALL been there. Nothing to be ashamed about Toni… nothing at all…

Now that I am responsible for another human’s socialization I feel the pressure of not letting her develop any “bad habits.” I am not sure I am going to be good at this.

I remember when I first got my dog Mona I insisted I would NEVER feed her human food because I didn’t want a begging dog. I figured if she never new the taste, she wouldn’t know what she was missing. This actually worked for a year…. But then I traveled across the country and got worried that she wasn’t eating her stupid dog food so I gave her a piece of my veggie burger. Mona has been eating human food voraciously ever since and she doesn’t even have temper tantrums. She just looks at me longingly and I give her whatever she wants.

Do you see why I am stressing out?

So far I have failed quite a bit. For one, I taught her one of my favorite past times… picking your nose. Now she spends quite a good portion of her day with her finger digging for nasal delights. Thank god she doesn’t eat them and instead gives them to me to collect.

She is also really into climbing, so she scales up onto tables to sit/stand on them. I know this is not good, but when I try and take her down she screams and kicks in protest. So I let her do it. She also insists on standing in her high chair, and if I try to make her sit she reacts like I just told her that only I could pick her nose from now on… total anguish and rebellion. Both of these habits are pretty much my fault too because I let her do them once while I was on the phone and didn’t want to deal with her cussing me out. So yeah… I am the one to blame… fine. But now my thinking is that if I make too big of a deal out of this behavior she will do it just to test me. The forbidden fruit must be tasted. Maybe the best strategy is to ignore her less than desirable conduct because eventually she will realize she would rather sit in her chair to eat, or that she could break a nail climbing furniture. That will work… totally…. 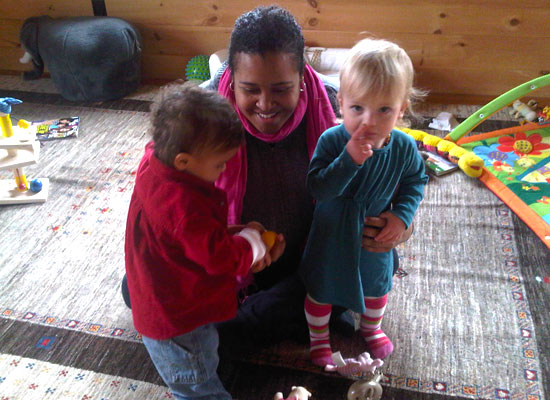 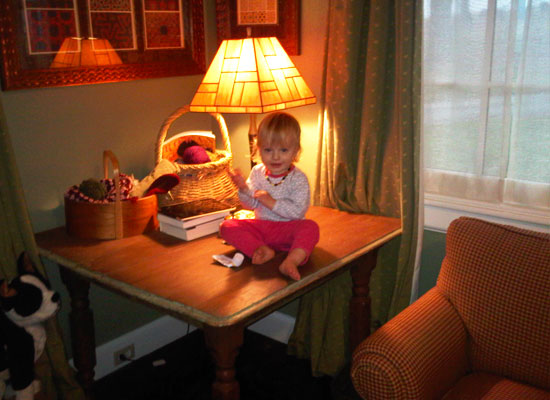 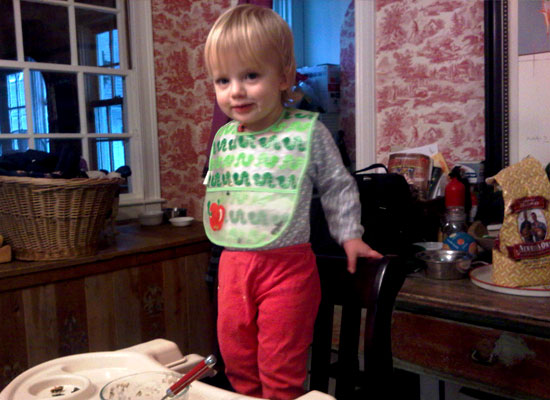