Am I an enabler, or as compassionate as a Buddhist Monk? 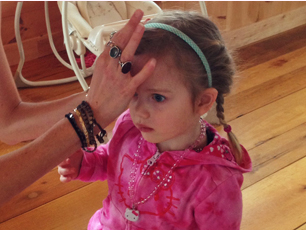 Kids can have serious control issues. At times, being around The Munch is like living with Mussolini.  Yet I am sure in The Munch’s world, she feels like I am the dictator. Children are constantly being told what they can and cannot do, so when they feel a sense of autonomy, it can become an obsession.  Or at least that is how I am rationalizing my child’s compulsive behavior.

There are many ways where The Munch displays her domineering ways, but it manifests most clearly in her appearance.  She’s hyper opinionated about what she wears, down to every possible accessory. There is nothing on The Munch’s body that she doesn’t vet first.

At first I was like “wow, this is fucking annoying.”  Mainly because Munch insists on wearing the same thing everyday.  You would  think that would be convenient, but it is also pretty gross.  Not to mention I get sick of seeing her in the same outfit day after day, because it creates this time warp in my head.  I have no sense of time passing because every memory in the last 3 months The Munch is wearing the same fucking thing.  Yet it was too much a battle of the wills to make her wear what I wanted her to.  So now my strategy is to buy two of everything (whenever possible) and allow whatever phase she is in to play itself out.  It’s too stressful trying to fight about something as ultimately unimportant as clothes. I figure as long as the egg stains are from today (or at most yesterday) all is okay. The problem is, however, not everything Munch wears she can put on herself the way she likes it.  Which means that her fixation becomes my problem.  Case in point: the hair “clippy.”

The Munch likes to wear a barrette to keep her hair out of her eyes.  This is reasonable enough, yet she likes her “clippy” situated in a very particular way. Said “clippy” has to be snug enough where it doesn’t lift off her scalp when she touches it. The “clippy” also has to be “tight” –never “floppy.”  If the “clippy” is “scrumbled” in any way, it then has to be repositioned by me… no matter what I am doing.

Many activities “mess up” the “clippy,” such as jumping on the bed, playing on the couch, running, biking, dancing, crying, walking, drawing, sitting quietly reading a book, watching a video on the computer, and being exposed to air. Sometimes I can put on the “clippy,” and it will have to be immediately reapplied because it got “droopy” in the moment between my fingers clasping the “clippy” and when they moved back to what I was doing.

There are days when I cannot count the number of times I have to clip the god damn “clippy” in The Munch’s goddamn hair – and that is not because I am bad at math.  Yet even though this is an interruption in my life, it is also not that big of a deal.  It takes about 4 seconds.  All of which is to say it’s hard for me to say no to her endless demands.  So here is my question.  Am I enabling her neurotic behavior by helping The Munch, or am I being compassionate because I too know what it is like when your hair is just not right? 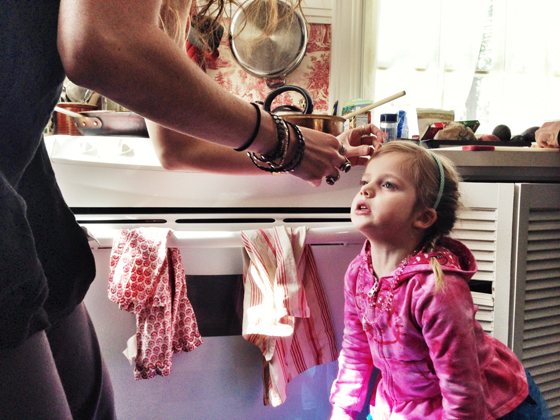 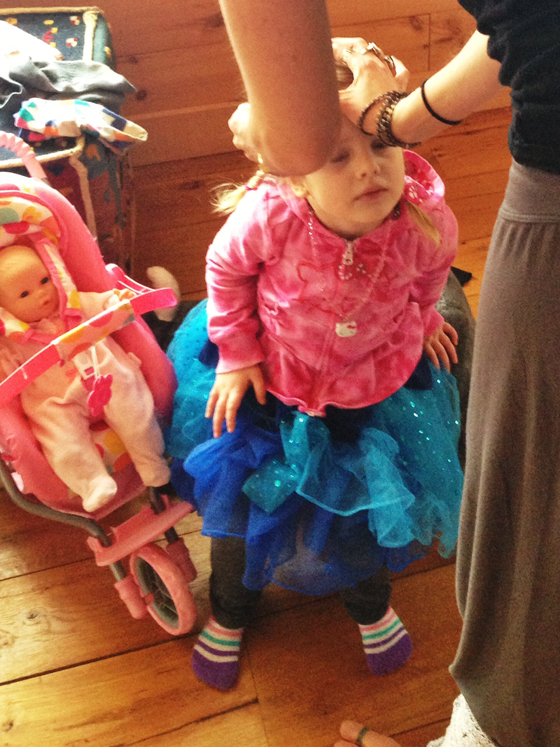 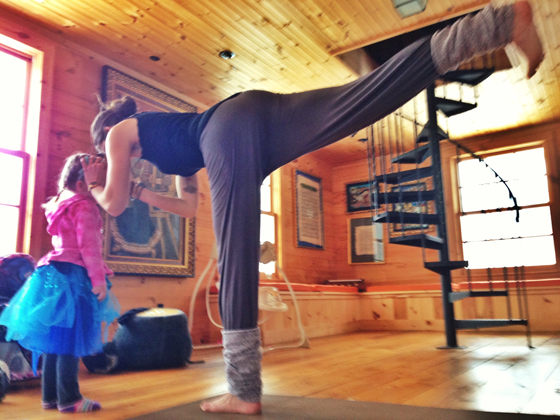 Previous post:
A Study In Obsessive Behavior – Test Subject, My Brother Next Post:
No Makeup Selfies for Breast Cancer