A Tale of White Privilege 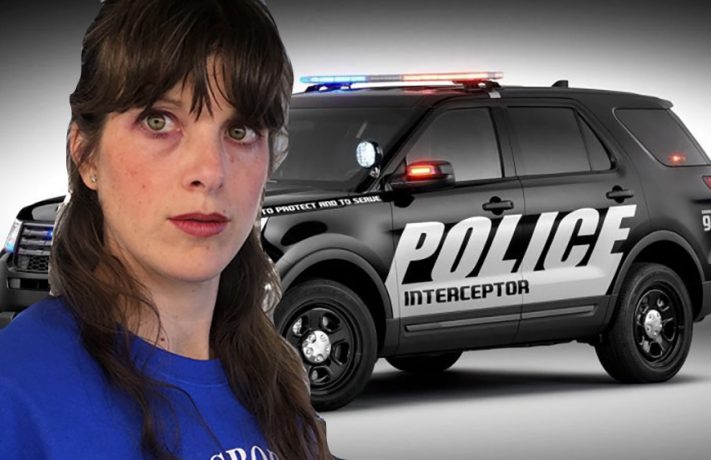 Gather round little ones, snuggle by my side, and tuck yourself into a cozy blanket while I tell you a tale of white privilege. Lend me your ears to hear this glorious legend of how I, a white woman, was able to prevail despite a harrowing encounter. The suspense of my journey will leave you grasping at your own breast, hoping that me, your hero, triumphs despite my hardships. As the protagonist of this epic story I invite you to perhaps take a sip of tea, to calm your nerves, for what you are about to read is sure to shake you to your core.

It all began on a Sunday afternoon. I was strolling through the woods with my dog. Excuse me. My RESCUE dog because I’m better than you. How do it? My moral righteousness knows no bounds. I’ll take my Noble Prize later though, for right now, I have a saga to convey. One of my dear friends had come over to promenade my RESCUED dog with me, and we were partaking in some herbal remedy. (We smoked some weed). I had yet to eat lunch, and subsequently got very high. You’d think considering how often I partake in pot, and for how long I’ve been puffing pot for, I’d have a better understanding of how to best dose myself. Yet my shamanic attempts have always been such where I take a little too much of everything. Yes, I’ll have that last tequila shot at 4 am! Whoops, who knew projectile vomit could traverse such a distance? Even though I can see the trees breathing, why not eat a few more mushrooms? My heart’s beating so fast I think I’m having an anxiety attack – but let’s do more anxiety! (coke). I do drugs to the point where I feel like I’m almost dying just to remind myself that I do in fact want to live.

My friend, RESUCE dog, and I eventually made it out of the woods, and onto the country road. As we were walking – discussing how time is an illusion because in theoretical physics there is no difference between the past and future because they are treated exactly the same and how the present doesn’t even exist because everything that happens in the “present moment” is actually in the past because it takes time for your brain to process the data and information in front of it – we ran into another woman with her dog. (Probably just a regular dog, and not a RESCUED dog like mine). Even though this woman wasn’t a national hero like yours truly, she still seemed deserving of a polite “hello.” Yet upon our greeting, I realized that she was in fact, quite distraught.

Woman with NON-rescued dog: “There are some dogs down the road that are running free without anyone monitoring them, and they are very aggressive.”

Toni the glorious honorable citizen: “OH DEAR! Loose dogs! I actually know those dogs. One of them bit me once! I was just walking by, and it came up and chomped on my hand!”

Woman with NON-rescued dog: I’m actually afraid of dogs, so I’m turning around.

I’m not sure if you know this, but my dog is actually a RESCUE dog, so she has some emotional baggage. As of right now, she does not get along with other dogs well, nor can I let her off the leash to figure it out doggie style. I am too conservative for that. Also, because I was pretty high, dealing with unsupervised antagonistic dogs was not on the top of my list of preferred priorities.

Toni the glorious honorable citizen: “Maybe we should turn around too? I’m not sure I’m prepared to handle dog drama.”

My friend: “Fuck that. We’re going for a walk! I’m going to go tell those dogs to go home.”

My friend went ahead and yelled at the dogs to go home – which they actually seemed to do! Emboldened, we started walking again. We passed the place where the hostile dogs lived, and I thought we were going to escape their wrath. Yet we were not so lucky. They must have sensed our presence. The two dogs came barreling down their driveway and started chasing us. Had I not had my RESCUE dog, I could have stood my ground, but I was attached to their object of prey. So, I started running. Did I make clear that I was pretty stoned as well? I rationally knew running from animals chasing you is probably not the best solution. I was only making us more appealing by becoming a moving target. But I was just not emotionally equipped to face Cujo 1 and Cujo 2.

As we ran from the dogs I realized “Holy shit, I have not run my fastest in a while, and this is intense on my lungs!” Eventually my friend had the brilliant idea of turning around and yelling at the dogs to go home. Her standing still and matching their hostility allowed for me and my RESCUE dog to gain greater distance. We rounded the corner out of their sight, and the dogs lost interest.

This dramatic event had us all a bit dazed, so we of course stopped to smoke more weed.

Toni the glorious honorable citizen: “That was fucked up. I don’t want to live in fear of these dogs! I do this walk all the time!”

My Friend: “I know. They were going to eat your dog.”

Toni the glorious honorable citizen: “I kind of want to call the police. Something should be done!”

Now, was I really going to call the police? Of course I wasn’t. That would be crazy. But threatening to was how indignant I felt about the whole affair. We kept walking and smoking more weed. What? I needed to ease my system! Then, as if positioned by the Goddess herself, I saw a cop car pulled over! He was tucked into a driveway trying to trap speeding drivers, but to me, it was like a sign from mother Gaia.

There was no stopping me. Was I thinking about how America is a police state full of corruption and abuse of power? No. Was I pondering the prison industrial complex and its impact on society? No. Was I musing on the justice system and how its flawed morality is indicative of a broken system that targets the poor and minorities? NO. Was I convinced that my class and race privilege would protect me from all this? I SURE WAS! The spirt had gifted me with an opportunity to live my truth, and I went right up to the cop.

NOW KEEP IN MIND I HAD JUST BEEN SMOKING WEED. NOT ONLY DID I HAVE WEED ON MY BREATH, BUT ALSO A SMOKING HOT BOWL IN MY POCKET! I must have smelled like a Grateful Dead show gave birth to a Phish tour. But I went right up to cop’s window, despite my friend’s objection.

Toni the glorious honorable citizen: “Excuse me officer? I was just walking my RESCUE dog, and my friend and I got chased by two loose dogs. I don’t want to get anyone in trouble, but is there anything you can do to communicate that this was a problem? I am an upstanding honorable member of this community and all.”

The Police Officer: “Sure Ma’am. Can I just get ALL your information including your address and phone number?”

Toni the glorious honorable citizen:  “You sure can!”

All the while my friend is losing her shit. For from her perspective I was literally blowing weed into this cop’s face, but from mine, I was letting the law know my rights had been infringed upon!  I know. I’m so brave.

Here is Luna… the RESCUE dog I so selflessly adopted.

Previous post:
You Will NEVER Get What You Want Next Post:
A San Pedro Ceremony and my Rebirth into the Cosmos